Milken Institute report moves state up two spots to No. 7 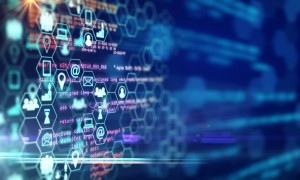 New Hampshire has moved up two spots to No. 7 in the Milken Institute’sranking of state “innovation pipelines.”

The California-based economic think tank looks at a range of metrics to determine the list, which once again is topped by Massachusetts. Among the metrics: research and development; risk capital and entrepreneurial infrastructure; human capital investment, such as college degrees in proportion to population; science and technology workforce, especially the depth of “high-caliber talent,” and technology concentration and dynamism.

While New Hampshire still ranks among the top in innovation, the Milken report shows, it is still not in what it labels as the “first tier” of states. In fact, it leads the second tier, meaning it ranks high in two or three of the key metrics and in the top of half for the others.

According to the report, New Hampshire rose to seventh overall primarily on the strength of its No. 5 ranking of R&D inputs, which include federal, industry and academic R&D expenditures as well as National Science Foundation and federal small business research funding.

Another category where New Hampshire performed well was in technology and science workforce metric, which measures intensity of computer and information science experts, engineers and life and physical scientists in the overall workforce. The state was tied for No. 6, with Minnesota and Virginia. In 2018, it ranked 11thin the category.

The New Hampshire also ranks 16th, down from 15th in 2018, in the human capital category, which measures the number of higher education graduates, state spending on students, computer penetration and broadband access and test scores.

Ashoka U co-founder named UNH Social Innovator of the Year