New lease on a town’s life

The North Country town of Lancaster works to reinvent itself 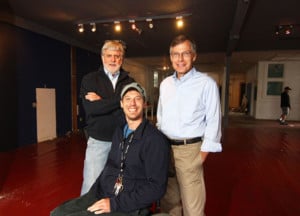 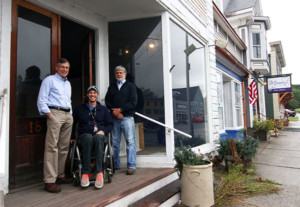 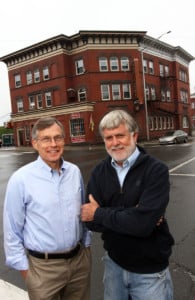 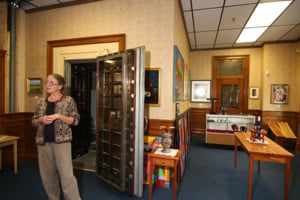 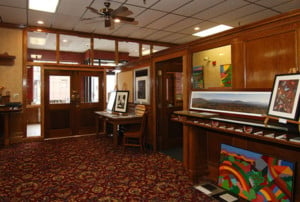 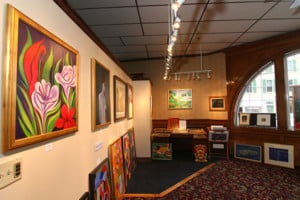 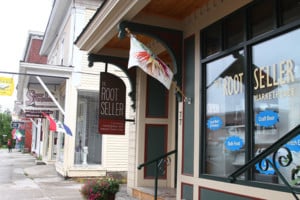 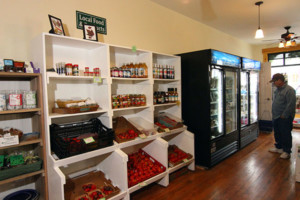 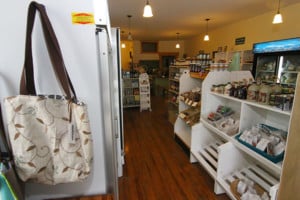 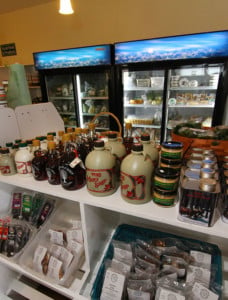 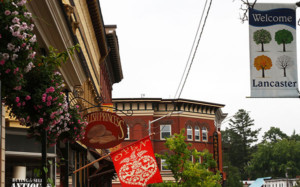 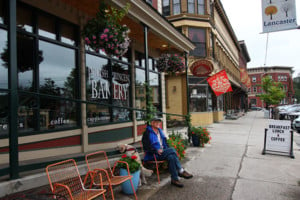 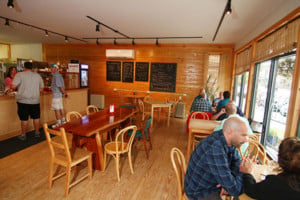 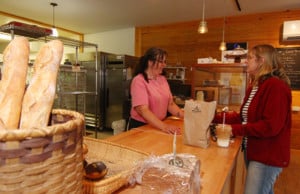 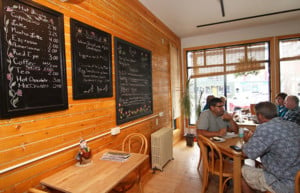 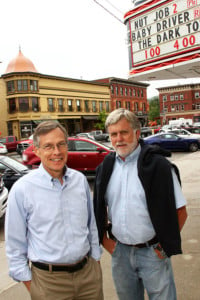 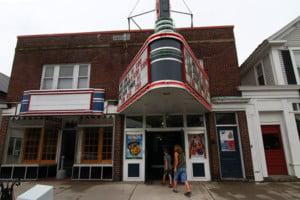 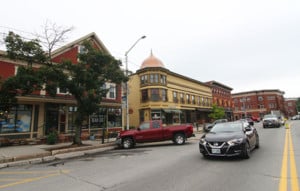 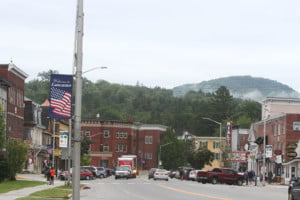 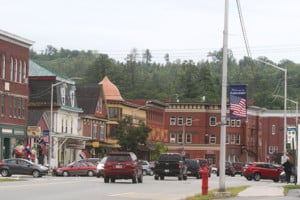 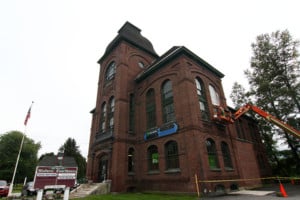 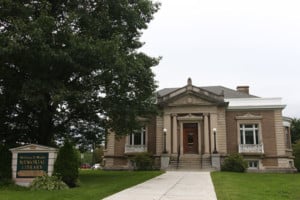 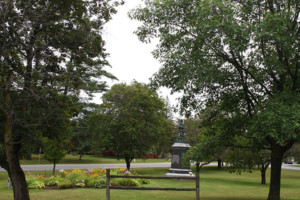 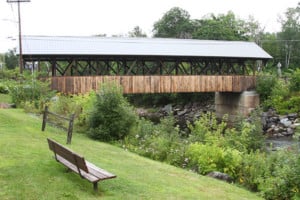 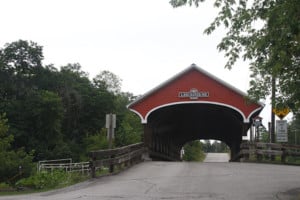 What began with the restoration of a handful of vintage buildings and the opening of some small businesses on Lancaster’s Main Street has grown into an ambitious initiative to breathe fresh life into a small town blessed with a proud legacy and natural beauty yet weighed by a flagging economy and aging population.

“We’re losing our young people,” Peter Powell said flatly. A realtor who has lived and worked in Lancaster for more than four decades, Powell said the challenge Lancaster has faced for years has become the challenge facing the state as a whole. But, he hastened to add, the challenge can only be addressed locally.

Powell said the current initiative sprang from an opportunity presented when Passumpsic Savings Bank abandoned its offices in the original home of the Laconia National Bank, which stands at the corner of Main and Middle streets, alongside the Israel River.

Powell turned to Greg Cloutier of Lancaster Main Street Buildings, a son of Lancaster raised in Groveton, who returned after a successful career as an engineer.

In 2011, Cloutier purchased the Rialto Theater on Main Street at a foreclosure auction. He later acquired and renovated two buildings on the opposite side of Main Street, which now house fledgling businesses: the Polish Princess Bakery and The Root Seller. Reinvesting proceeds from the sale of hydroelectric assets, he acquired the bank building for $400,000. 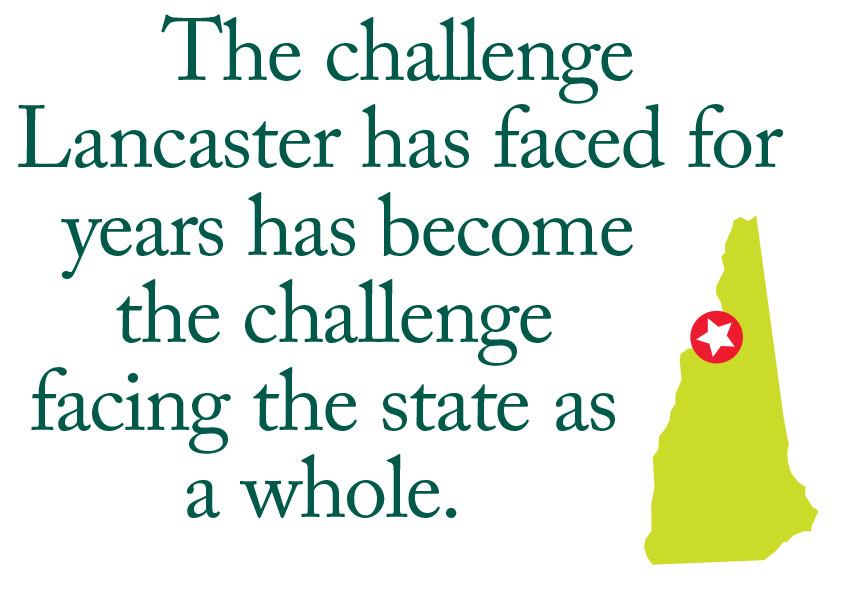 Built in 1903 and renovated in 2000, the red brick building has three stories, each with 3,865 square feet of space and all served by a modern elevator. The original woodwork, much of it elegant, will be preserved along with a pair of vintage vaults. The basement features a concrete floor, brick foundation, high ceiling and supporting columns, suggesting a cavern well suited to a brew pub.

Above all, as a result of Network New Hampshire Now, the federally funded fiber-optic data network project undertaken by the University of New Hampshire, the building is fitted with high-speed broadband — altogether 144 strands, only 12 of which are used — providing essentially unlimited capacity. The property includes 25 parking spaces with another dozen adjacent public spaces.

Cloutier has secured an anchor tenant, a high-tech firm that will occupy the entire second floor.

The basement will host a brewery and pub, which will offer outdoor seating above the river while the first floor will be broken into small spaces for retail shops. The top floor of the building will serve as an incubator for startup businesses, entrepreneurs and freelancers. Cloutier expected the space would be divided and partitioned between open areas and small cubicles, offered on lease or membership arrangements.

Powell noted that various organizations and institutions conduct annual competitions among aspiring entrepreneurs and inventors. “I want to identify the winners and losers, maybe have our own contest, and invite them to submit their plans and projects, then bring the best to Lancaster and make them an offer they can’t refuse,” he said. 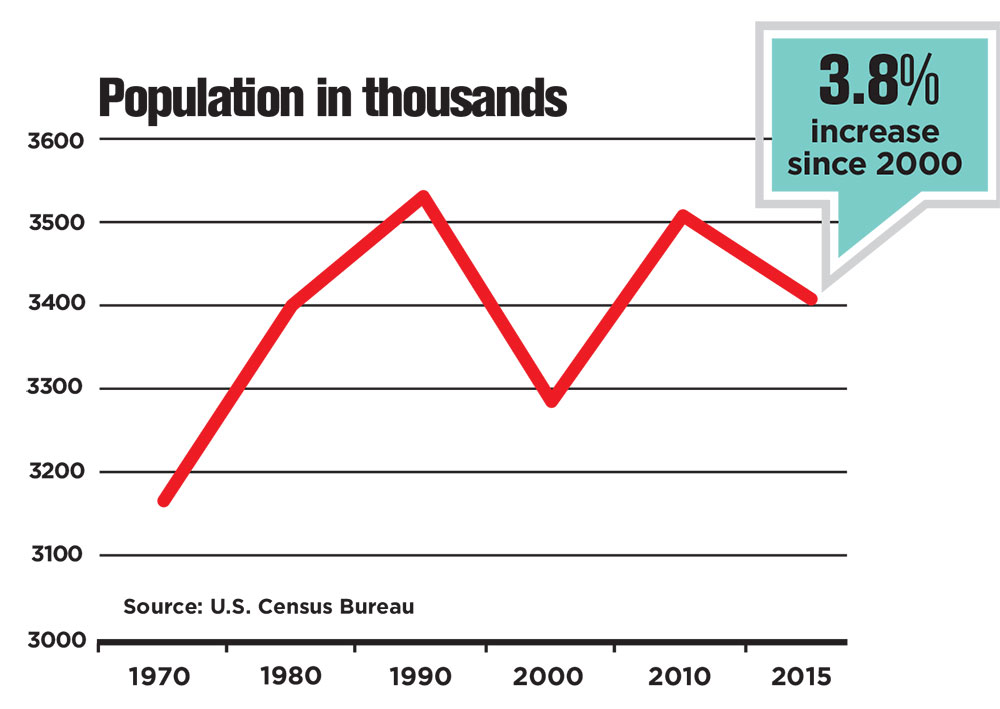 He said he expected to draw on the experience of the Enterprise Center at Plymouth State University in designing and managing the incubator.

“The incubator will be complemented by legal, accounting and technical services, including a person experienced in developing and operating small businesses who will be present during working hours,” Powell said. “They will have all they want and need. We want them to come here not just for the quality of life, but to succeed, to be successful and to grow.”

For Cloutier and Powell the human dimension of the project — its capacity to attract Millennials to Lancaster — overshadows the bricks and mortar. Cloutier explained that the goal is to restore Main Street, commercially and architecturally, but emphasized that “the buildings must be economically viable. You must preserve them and use them. It’s really about the operator, the entrepreneur.”

Cloutier stressed that he strives not simply to redevelop properties but to nurture the enterprises housed in them. He said that he worked with a partner to develop and pursue a business plan for the Rialto, which now operates in the black. Magdalena Randall of the Polish Princess Bakery was baking in her home, selling at farmers markets and seeking space in Littleton, when Cloutier, impressed by her baking skills and entrepreneurial spirit, asked, “How about I build a bakery for you in Lancaster?”

Currently, Cloutier is helping Pete Rizzo move his fitness, health and wellness center — RizFit — to Middle Street, opposite the bank building, to gain visibility and space in close proximity to other downtown businesses. 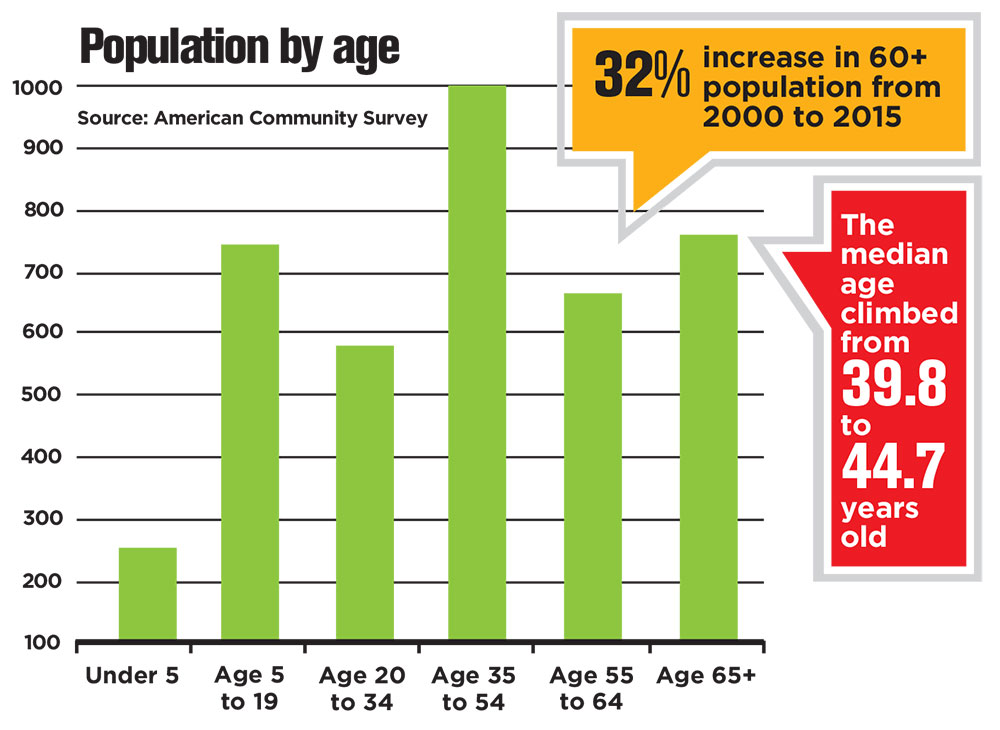 The building, constructed in 1895 and last known as the Emporium, consists of two floors, both consist of 3,200 square feet. The ground floor, with its hardwood floor and paired show windows, will house the studio. Rizzo is considering dividing the upper story, now one large apartment, into three rental units to expand the housing stock downtown and increase the income from the property.

(In 1999, while felling timber, Rizzo was hit by a widow-maker. Soon after he learned he would never walk again, he was inspired by a photograph of a bodybuilder in a wheelchair. Five years later, after training as a body builder, he opened RizFit Training Studio, working in partnership with the Weeks Medical Center.)

Last autumn, Powell, Cloutier and Rizzo invited Plymouth State University to join their effort to enliven the economy and enrich the demographic of Lancaster.

Roy Steever and Pamela Anneser of the business administration faculty mounted the “Lancaster Cluster Initiative,” marshaling 60 students from four classes representing 10 academic disciplines to explore and suggest ways of attracting entrepreneurs and Millennials to the town.

“What better group to understand the problem than our students?” Steever said when the students presented their reports earlier this year.

The students made a half-dozen trips to Lancaster, meeting with business owners, civic leaders and town officials while familiarizing themselves with the character and resources of the community. They undertook an analysis of its strengths: an enterprising school system, comprehensive medical center, Coos County seat, emergent entrepreneurial momentum and natural setting in the valley at the junction of the Israel and Connecticut rivers, overlooked by the White Mountain National Forest. And its weaknesses: the aging demographic, vacant properties and remote location.

Teams developed branding and marketing plans, making extensive use of social media, for both the town itself and its premier properties.

The bank building, together with the remainder of Main Street, served as the centerpiece of their effort, which included designing business logos and promotional materials.

Impressed by the force and grace of Rizzo’s personality, one team prepared a plan to market RizFit alone, which includes a video of Rizzo telling his story and describing his business as he spins around his facility. The students also identified where to find “targets” —those Millennials most likely to be drawn to Lancaster — and suggested ways of reaching them.

The students also proposed supplementing the venerable Lancaster Fair with a dairy festival, marking the town as home to the state’s largest dairy farm, as well as a bluegrass music festival and a competition featuring the two 4,000-foot peaks in town. They envisioned lining Main Street with vintage street lamps and festooned with banners to lend a festive note to the town while emphasizing that the aesthetics should be in keeping with the “authenticity” of the community.

Steever said he was pleased with what the students had achieved in 16 weeks and has begun to plan how to continue the partnership during the next academic year.

“The town opened itself up to this process and listened to what they heard,” he said. The university, he explained, has committed itself to becoming engaged with the North Country by “speaking to the unique needs of each community,” and has opened discussions with a number of other towns. “It is important that this effort becomes scaled up,” he said. “The students have a really important voice.”

Powell, Cloutier and Rizzo were impressed by the students’ contribution, which they found rich with insights and ideas. Eager to begin, Cloutier asked, “What do I do tomorrow?” and, in a small town with limited resources, wondered, “Where is the low-hanging fruit?”

For his part, Powell turned to Will Rogers, the humorist and pundit, who said, “Plans get you into things, but you have to work your way out.”

Scroll down to see more photos of Lancaster

Why we most grow America’s cybersecurity edge

What New Hampshire businesses should know about federal vaccine mandate

BAE Systems has an 'immediate need' to hire engineers

What can NH learn from a little island with a lot of renewable energy?

‘If we lose a single nurse, it's a panic’