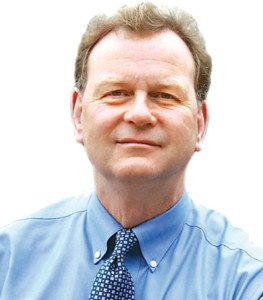 When an assessment of a long-term economic operating procedure and theory becomes a key element of debate during a presidential election, then the practice in question and its rationale has reached a level of weighty significance. Such is the ongoing case of a possible post-neoliberal corporate economy. Neoliberalism, a commonly used term by economists referring to the late 20th century style of free market fundamentalism, is facing its biggest challenge to date.

Going back to the mid-century writings of Milton Friedman, which focused on monetary policy, taxation, deregulation and privatization, there has been widespread acceptance of his economic philosophy of unfettered free markets as the best way to support both a free society and national economic well-being. The economic low tax, low regulation and small government principles of the Republican Party continue to be driven by the Chicago school of economics, of which Friedman was a principal contributor.

A current widely held view, particularly by the political left, and increasingly the center, is that this neoliberal style of capitalism has led to well-documented wealth inequality being blamed for much of our economic and political angst today.

It is argued that despite the claim of free markets as best providing economic expansion, the benefit of such growth is limited to a small and wealthy segmented slice of the population, and therefore is an inadequate model for the greater good.

To a large degree, the public debate emerging in the presidential election race is a referendum on whether free market economic conservatism first preached by Barry Goldwater, a Republican presidential candidate in 1964, is relevant any longer when so many Americans are struggling to maintain a middle-class lifestyle.

“Shared prosperity” is the new buzz term. It suggests that a system, including government and private business, should together have a more inclusive outlook about how generated wealth should be diffused across the country and citizenry.

This contention goes on to state that wealth inequality is not just unfair, but contrary to robust economic growth, because most of the people who would spend broadly for goods and services are unable to do so if capital is sequestered to the richest top strata. In other words, there is a call for both social responsibility and economic invigoration.

To take this thinking to the employment level, especially among corporations, it’s enlightening to look at the production and governance paradigm used by many large businesses.

Friedman advanced the notion of shareholder primacy. Shareholders assume the greatest risk through their investments and therefore should receive the largest reward. Employees and management exist to create wealth for shareholders. Plain, simple and very hierarchical.

It turns out, however, there are other stakeholders within or close to a corporation who also have a vested interest. They include employees, management and the ancillary businesses relying on corporate success in their communities. Marginalizing these other stakeholder groups can minimize the financial gain they receive.

Friedman once said, “Few trends could so thoroughly undermine the very foundation of our free society as the acceptance by corporate officials of a social responsibility.” Extrapolating from this belief to the practice of shareholder primacy is not hard to do. Could exceptionally high executive compensations also stem from this persuasion? And what of your career?

I hypothesize not many employees are content with simply serving shareholders. True, shareholders make possible their very jobs, but would not productivity, innovation and morale be enhanced if there was an ethic of shared gain in corporations’ achievements? Perhaps, a more intentional perspective of collective advantage could boost profits for all involved.

The election appears poised to devolve into a silly, “Which is better, socialism or capitalism?” debate. Let’s not get caught up in that bumper sticker. This is a time for a serious and measured examination by all of us to decide for whom an economy is supposed to work.

Bill Ryan, who writes about career, employment and economic topics from his home in North Sutton, can be reached at bill@billryanwritings.com.