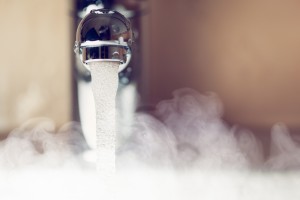 The John J. Flatley Company’s planned 100,000-square-foot research and development complex in Merrimack has been stalled to meet concerns over potential groundwater contamination.

The Union Leader reported that Kevin Walker of the Flatley Company said the developer is seeking an indefinite continuance for its site plan application to give the company more time to resolve issues with DES.

The company says it needs additional time for the three-building R&D project as it works with the New Hampshire Department of Environmental Services on issues associated with groundwater contamination on the 45-acre site. The site abuts the Saint-Gobain Performance Plastics plant, where PFAS emissions from the factory have contaminated hundreds of wells in the area.

Groundwater contamination at a level that was higher than 20 times the state standard was previously detected at the site where Flatley is proposing the R&D facility.

The property is also near the wellhead protection area for two Merrimack Village District public water wells, which is a limited aquifer area.

Flatley previously decided not to move forward with a separate proposal to construct a 120,000-square-foot warehouse distribution building planned at a nearby parcel on Daniel Webster Highway.