Pete and Gerry’s takes on the FDA 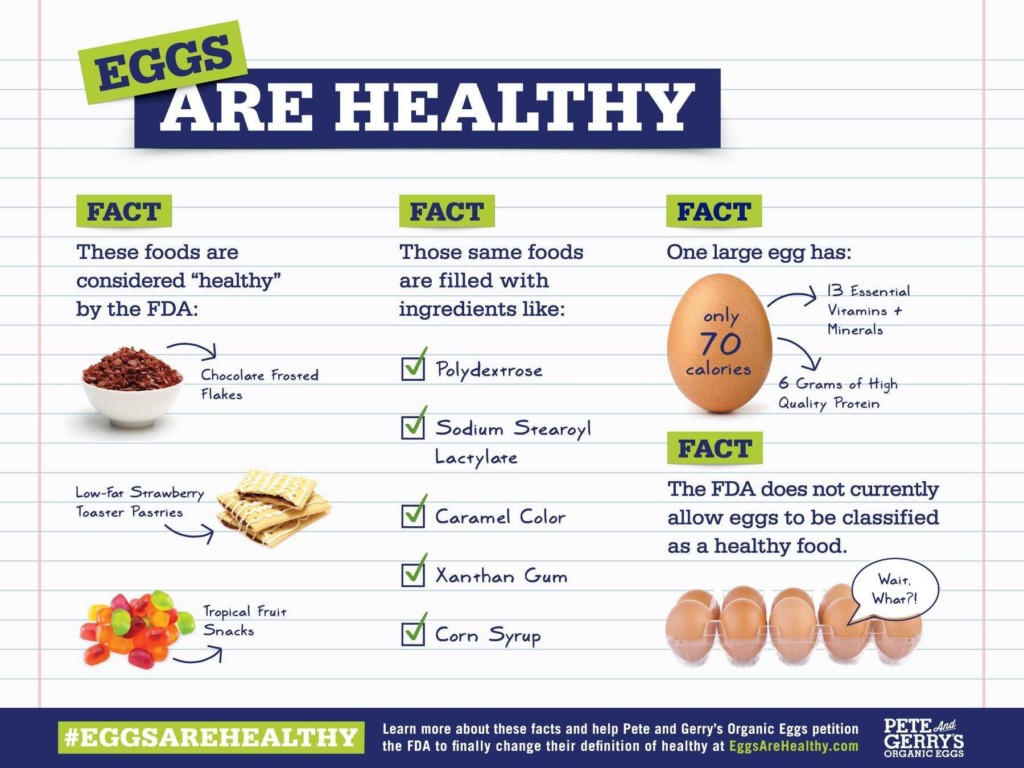 By partnering with over 120 small family farms, Pete and Gerry’s — a third-generation family-owned organic and free-range egg producer in Monroe — is able to provide Certified Humane eggs to households across the U.S.

The business is bucking a market dominated by conventional farming practices, and over the last five years it has been bucking dominant players on another front, this time the U.S. Food and Drug Administration.

At the 2018 New Hampshire Businesses for Social Responsibility’s Sustainability Slam, Pete and Gerry’s Just One Thing presentation centered on its campaign against the FDA’s labeling restrictions on eggs. The guidelines, based on outdated research from the 1980s and 1990s, have shaped consumer perceptions of food over the past several decades, the company says.Essentially, they warn consumers about the cholesterol in eggs being a risk factor to cardiovascular disease without recommending eggs as part of a healthy diet. At the same time, other food items, such as Jell-O and canned soups, can be labeled as healthy if the products are fortified with vitamins.

“Unprocessed, unadulterated and natural eggs are being regarded as unhealthy, while heavily processed foods loaded with sugar and salt are being labeled as healthy,” says Paul Turbeville, vice president of marketing at Pete and Gerry’s, “It’s a little heartbreaking to hear the same story time and time again. Someone will come up to us and tell us how much they love our eggs. They will say how wonderful and delicious they think our eggs are and that they love what we do to support family farms and communities. But then they also say they have to reduce eggs in their diet because of the cholesterol.”

In 2015, he points out, the U.S. Departments of Agriculture and Health and Human Services worked collaboratively to update their nutritional guidelines based on current research. They changed their position on dietary cholesterol and concluded that eggs can be part of a healthy diet and lifestyle. The FDA has not followed suit so its labeling requirements actually do not match the nutritional guidelines from the USDA and HHS.

Pete and Gerry’s worked with a law firm to craft a petition to prompt the FDA to enact changes. Expert nutritionists were brought in as consultants to ensure the petition was scientifically backed. Media traction, including in The Wall Street Journal and on Bloomberg, served as a platform to catapult the issue into the public eye, says Turbeville.

“We went about educating consumers about nutritional food choices and tried to make it fun,” he says. “Interestingly, younger consumers who didn’t grow up with all of the negative publicity see our campaign as a bit of a no brainer. They can’t believe eggs would be regarded as unhealthy. Now, we’re just eagerly awaiting the FDA’s release of new healthy labeling requirements and we hope they will make the right move.”

Editor’s note: Throughout the year, New Hampshire Businesses for Social Responsibility collects “Just One Thing” stories of sustainability initiatives from businesses across the state. These efforts are then showcased as part of the organization’s Sustainability Slam, to be held Thursday, Nov. 7, at LaBelle Winery in Amherst.