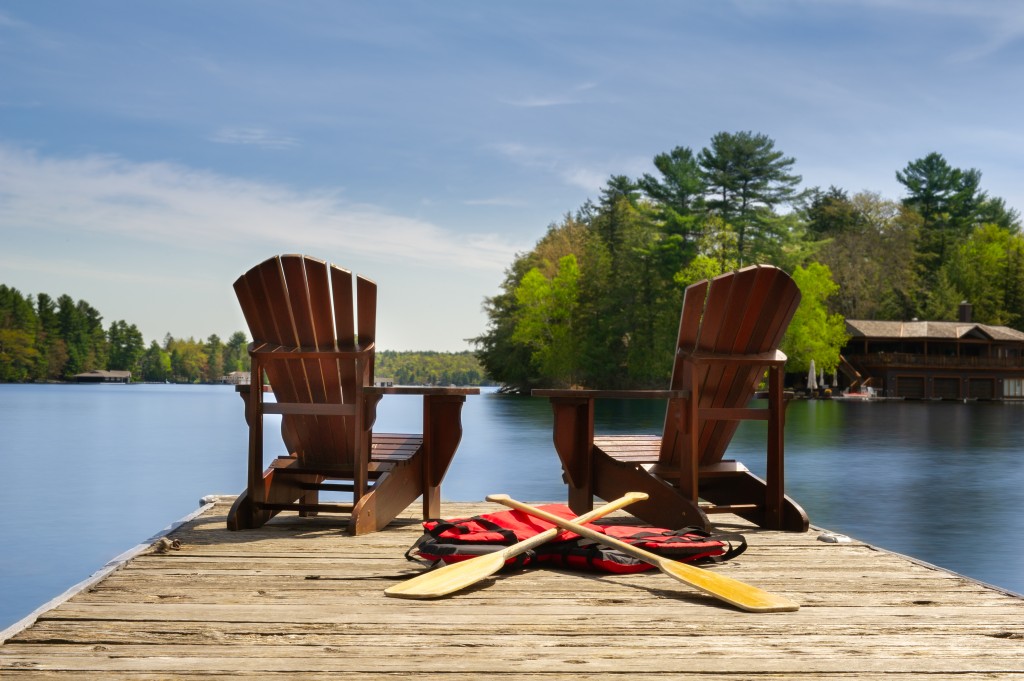 During the 2008-09 Recession, Glenn S. Phillips, CEO and lead economic analyst at national brokerage firm Lake Homes Realty received calls from an influx of potential buyers, lured by news reports of foreclosures in the residential market.

“They were trying to get a deal,” said Phillips. But, with the exception of a few developers, that was not the case when it came to vacation homes. Most recreational homes are paid for with cash, by individuals with discretionary funding.

More than 10 years later, during the next momentous economic downfall, Phillips likewise has not seen a negative effect, but instead “the pandemic drove what was already a high demand market and accelerated it.”

Take New Hampshire, for example, where the week of  July 19, home listings totaled $1.734 billion, one-third of dollars tied to purchases near Lake Winnipesaukee and 23% of all home and land listings.

While top locations like Lake Winnipesaukee and Lake Sunapee remain popular, Phillips has noticed a national trend toward purchasing homes at less well-known lakes, or even ponds that are not accessible to water sports, but simply provide a serene view.

“In your area of the country, you’re getting a lot of people out of Boston and New York who are looking for that home out of a city area and they don’t want to be too far from their home base of work where they have primary, but some are selling a primary and making that move full time, where they believe they can work remotely and commute occasionally,” said Phillips.

Seventy-six percent of New Hampshire lake homes potential buyers, seen shopping at LakeHomes.com are from out of state.

That’s according to Lakes Realty’s Summer 2021 report. Taking a look at data in July, after the report’s May release, Phillips provided examples of the wide range of interest from smaller pockets of potential buyers. For instance, 282 individuals from San Francisco and Oakland, Calif., searched for lake homes in New Hampshire via LakeHomes.com, and 88 people in Sacramento, Calif., as well as 15 people in Bismarck, N.D., of all places.

Phillips noted, individuals selling their lake homes and property, though, may not realize they’re not just competing within New Hampshire, but other lake property in the region and beyond, as buyers often stick to their price point and expectations of a home or land, versus being tied to a specific lake or area.

“Even if the economy slows, we expect lake real estate and other discretionary real estate to remain really strong, and probably bolstered by pandemic thoughts, either work remotely” or the desire to grab that vacation homes now, said Phillips, whose Hoover, Ala.-based brokerage has two real estate agents in New Hampshire. “Those mindsets will keep strong because the pandemic is not disappearing.”

One factor that is going to limit the market some is available inventory, said Phillips, which he sees steadily declining across the country, as seen generally in real estate.

But, as Covid is eventually treated like as the common flu, he thinks some buyers may decide they no longer need a lake home, or older individuals will no longer live the lakes lifestyle or pass away.

Most lake property owners in New England tend to be older individuals, and the homes tend to be smaller and more affordable than say man-made lakes in Texas where larger homes are available for families. That will continue to make New England a place of interest for buyers with discretionary funds across the country. For more information from the May 2021 Lake Real Estate Market Report, click here and visit page 130.

Over $6 million earmarked for drinking water, wastewater projects in NH