Hitchiner’s Morison: Expanding net metering cap will aid businesses and the rest of the Granite State too 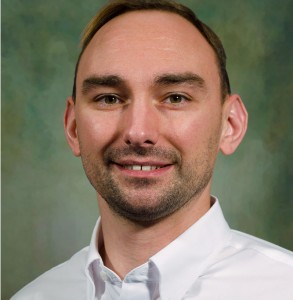 These are difficult days for anyone buying electricity in New Hampshire. That’s true for families, schools and nonprofits. It’s also true for businesses like ours, which consume millions of kilowatt-hours of electricity each year to keep our production lines running and our 500+ New Hampshire workers employed.

In fact, the high cost of electricity in New Hampshire nearly prompted us to site our latest expansion in a different state, despite our 76-year history here. Now that energy rates have spiked again to become the highest in the region – 50 percent above the national average – we are doing everything we can to curb our electricity demand through energy efficiency and self-generation.

With this in mind, I took a particular interest in the recent release of a long-awaited report on the value of solar and other small-scale distributed energy resources by New Hampshire’s Department of Energy. The report is meant to assess the relative costs and benefits of local renewable energy generation on the electric grid. More specifically, it is meant to determine if a “cost-shift” is occurring that might harm other ratepayers who aren’t in a position to generate their own power, as Gov. Chris Sununu has stated when vetoing net metering bills.

On the one hand, we want to see a healthy return on the $1 million we invested last year in a 1,344-panel solar farm next to one of our advanced manufacturing facilities in Milford. If our plant was based a few miles south in Massachusetts, where similar studies have prompted policymakers to assign a higher rate for solar on the grid, our investment would pay itself off much faster than in New Hampshire. That, in turn, would help us grow our business and hire more workers.

On the other hand, we are concerned about our employees and other Granite Staters who are being hit hard by historic inflation and finding it especially difficult to pay their energy bills since utility rates doubled in recent months. Corporate returns from investing in solar are nice but not if they come at the expense of workers and other members of our community.

Fortunately, the new study from the Department of Energy found that both goals – saving money for customer-generators like Hitchiner and the rest of the ratepaying public – are effectively met when more solar energy is installed in New Hampshire.

Specifically, the report determined that a kilowatt-hour of net-metered solar electricity was worth an average of 21 to 22 cents in 2021 (the most recent available data), which includes 5 cents worth of environmental benefits from lower air pollution and fewer hospitalizations. As the Union Leader reported, that finding from the report amounts to over $27 million in total solar value delivered to the electric grid in 2021 – $11 million more than the actual benefits solar generators like Hitchiner received under New Hampshire’s net metering rules.

The logic for this reverse cost-shift is simple enough: Solar panels actively reduce overall system demand by delivering inexpensive power on hot sunny days when our collective need for electricity is greatest. As more solar and batteries are installed, there’s less need to keep expensive backup power plants on standby to the tune of tens of millions of ratepayer dollars per year. That means lower cost and less pollution of our air and water, as recent lawsuits against the Merrimack Station (the last remaining coal-fired power plant in New England) have shown.

The study also looks ahead 15 years and finds that increasing the amount of solar on the grid over time will reduce energy bills for the average ratepayer even when the public health and environmental benefits are disregarded. As electricity demand increases with more heat pumps and electric vehicles, and as more energy storage gets installed alongside solar, the value to the public at large will only increase.

This is good news for New Hampshire. Not only does it give our policymakers solid grounds for allowing solar to expand by raising the net metering cap in response to market demand, it also ensures that all ratepayers can save money regardless of whether they generate their own power or not.