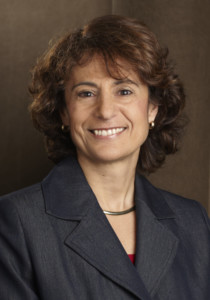 A Massachusetts construction company working on a hotel project in Keene was recently hit with more than $64,000 in fines after an audit conducted by the New Hampshire Department of Labor. The bulk of the fines were related to the misclassification of employees as independent contractors, but there were also a number of recordkeeping violations found.

It is clear that a significant percentage of the fines were the result of the employer trying to pass individuals off as independent contractors, a very difficult burden to meet under New Hampshire state law and an issue which has plagued the construction industry for years. The result of the audit and the fines imposed on the company, however, showcase how difficult it is for businesses that typically do not operate in a state to establish a workforce there and be in compliance with state laws.

In comparison to many other states, New Hampshire is highly regulated and has a myriad of state laws and regulations governing the employer-employee relationship. Not only do these laws differ from state to state, they also co-exist with federal laws addressing the same issues, but sometimes in different ways.

From a national chain with locations in every state, to a small business with remote employees working from their homes to a small construction company that decides to cross the border to take on a project, it is incumbent on the business to be fully aware of the laws that govern interaction with a workforce. Failure to do so can result in civil fines and penalties, or worse – lawsuits by aggrieved employees. This is not an easy task, as in most states, the information is not neatly contained in one place.

By way of example, more than 25 states, counties and municipalities have enacted paid sick leave legislation, and the requirements differ. Many states, including New Hampshire and Massachusetts, have laws indicating when a terminated employee needs to paid, but the time frames are not the same.

How does a company with a multi-state workforce manage these issues?

Most importantly, companies doing business in one state should not assume that what they have done there will be acceptable, even across the border in a neighboring state. The law that is most protective to the employee will apply when two potentially applicable laws collide, and it is critical to know both sets of laws to stay out of legal trouble.

Charla Bizios Stevens, chair of the Employment Law Practice Group at the law firm of McLane Middleton, can be reached at charla.stevens@mclane.com or followed on Twitter at @charlastevens.