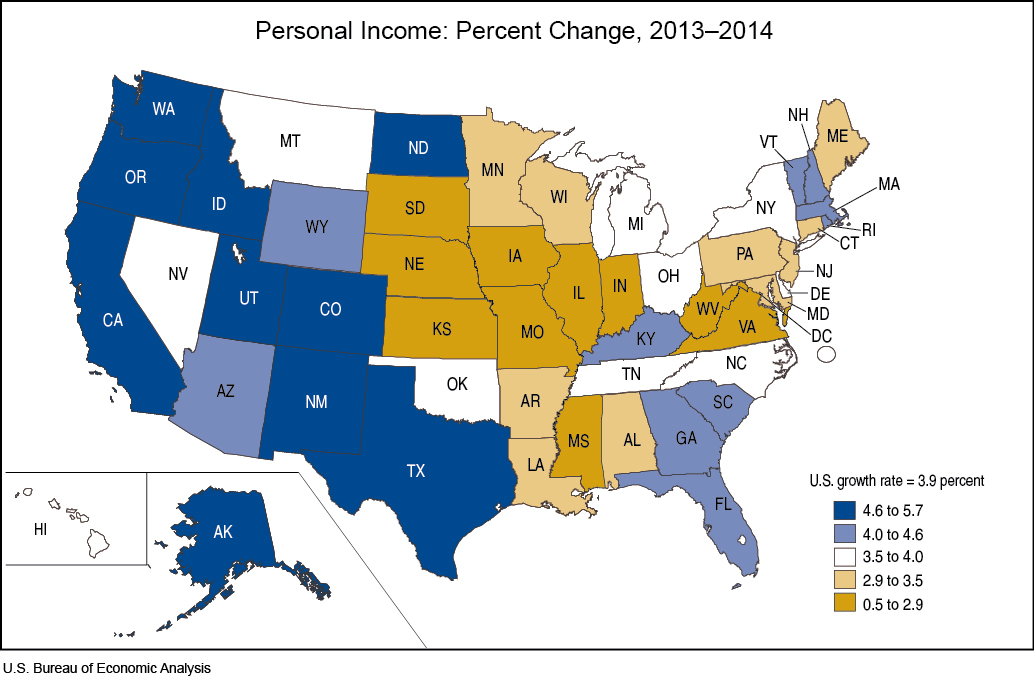 New Hampshire led the New England region with the biggest growth in personal income over 2014. That’s according to revised estimates from the Department of Commerce’s Bureau of Economic Analysis, released yesterday.

Out of eight regions, New England ranked fourth, with a 3.8 percent growth rate as a whole. The Southwest ranked first, with 5.1 percent growth and the Plains ranked last.

On average, state personal income growth in the U.S. was 3.9 percent, up from 2 percent in 2013, according to BEA.

And with inflation at 0.1 percent in 2014, individuals got more bang for their buck.

The only industry in New Hampshire to experience negative wage growth was arts, entertainment and recreation, which dropped over 1 percent in 2014.

Within that grouping, the most significant increase was in Medicaid, up 12.68 percent from the last quarter of 2013 to the final quarter of 2014. Nationwide, Medicaid increases averaged 11.1 percent.