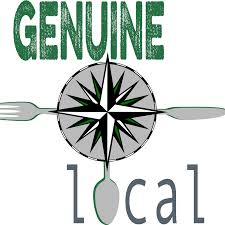 Mary Macdonald, co-owner and co-founder of Genuine Local in Meredith, candidly describes the company as a “hobby gone wrong.”

What started in 2006 as a family-based barbecue competition team quickly took on a life of its own. Macdonald and her husband Gavin were soon venturing into catering and then began selling their barbecue sauces. To meet increasing demand, the Macdonalds turned to a kitchen in Keene to commercially produce and sell their sauces. In August 2015, however, the Macdonalds were given five weeks’ notice that the kitchen was going to close. So, in October of that year, they leased an empty warehouse and started building their own kitchen, which they opened just a few months later. This space became home to Genuine Local, New Hampshire’s only specialty food production accelerator.

Genuine Local’s central tenet is that making and selling good, clean food should be easy and accessible to anyone. By aggregating purchases, printing labels in-house and packaging products, and advising businesses on everything from recipe development to effective pricing to food processing regulations, Genuine Local makes producing small batch specialty foods a viable option for local businesses.

Genuine Local’s winning Just One Thing story at NHBSR’s Sustainability Slam centered on the company’s Value-Added Program, which underwrites 5% of the cost for local farmers to use Genuine Local’s facility and services. These farmers have crop surpluses that, without the facilities and knowledge Genuine Local provides, might otherwise go to the landfill. By partnering with Genuine Local, these farmers are able to not only divert food waste from the landfill, but to also extend the lifespan of their crops into preserved or frozen foods, adding another source of diversified income.

Last year over 20 farms were involved in the program and Genuine Local processed over 15 tons of fruits and vegetables.

“We believe in paying it forward,” Mary Macdonald said. “In our name, Genuine speaks to authenticity, the natural and the clean, while Local reflects our desire to support local businesses and have an impact on our community.”

Editor’s note: Throughout the year, New Hampshire Businesses for Social Responsibility collects “Just One Thing” stories of sustainability initiatives from businesses across the state. These efforts are then showcased as part of the organizations’ Sustainability Slam, held in the fall. To submit your own Just One Thing story, visit nhbsr.org/jot.