Manufacturing sites are located in 8 of 10 counties 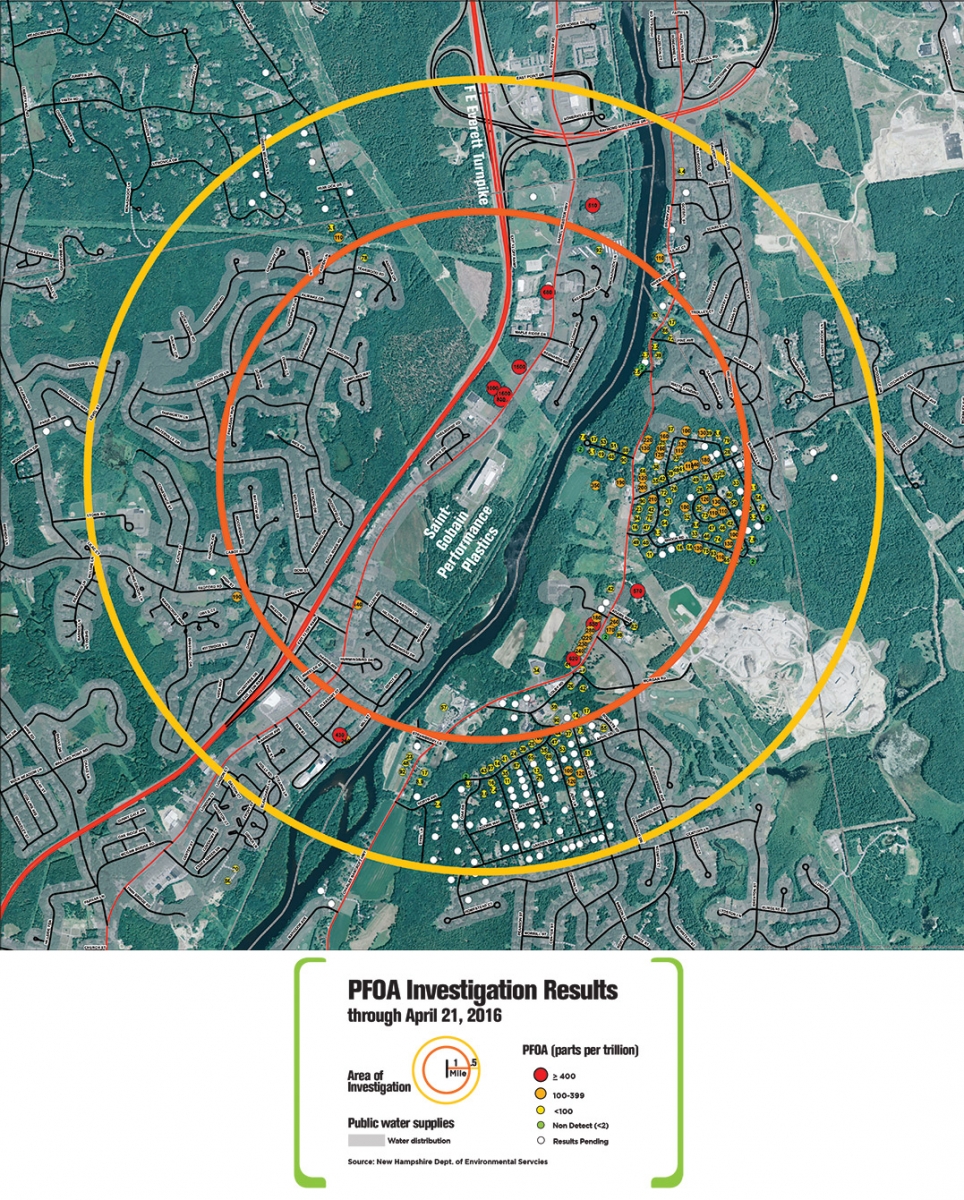 Forty-four New Hampshire manufacturing facilities have been identified by the NH Department of Environmental Services as potential past or present users of PFC compounds, the family of chemicals that has been identified as causing water contamination in a 1.5-mile radius around the Saint-Gobain Performance Plastics plant in Merrimack.

In late April, NH Business Review reported that the DES, through its Air Resources Division and Hazardous Waste Management Bureau, was approaching manufacturers that may have used perfluorinated chemicals, or PFCs, to determine if additional water sampling would be necessary elsewhere in the state.

This news follows the expanded 1.5-mile water sampling radius around the Saint-Gobain plant, after synthetic perfluorooctanoic acid (known as PFOA) was found in levels varying ranging from less than 100 parts per trillion to 400 parts per trillion in nearby residential wells and the Merrimack Village District Water System.

The 44 facilities are operated by 40 different companies. They are located around the state, in eight of New Hampshire’s 10 counties (the DES lists no sites in Coos and Carroll counties).

The sites have been identified as potential past or present users of PFCs, which are used to produce non-stick coatings utilized for a number of applications, including wires, fabrics and other materials.

In April, Jim Martin, public information officer at DES, told NH Business Review there was “potential” for incidents like wastewater spills at a facility using PFCs. He also said the agency was “looking very closely at air emissions and what the emissions may have been and how much PFOA may have been included in air emissions.”

In Vermont, the Department of Environmental Conservation took a similar proactive approach after tests in an area surrounding a former Saint-Gobain site in North Bennington produced PFOA results ranging from 40 parts per trillion to 2,800 parts per trillion.

In Vermont, Frisbie said, the agency found that the wire coating industry, the semiconductor industry and locations where firefighting foam was used repeatedly “might have released PFOA into the environment.”