A day in the life of a maple syrup producer

Dana Ryll waltzed between the two rooms of his sugarhouse during the Feb. 29 night. It was a well-choreographed performance for checking the various moving parts of his maple syrup production line.

A stir of a whisk here, a twist of a knob there, a quick glance at the quivering needle of a thermometer and everything was running the way it should be.

Operations for one of the first boils of the season were well underway at the Fieldstone Farm’s Sugarhouse in Rindge and the Leap Day was proving lucky for the tenured maple syrup veteran.

“We’re making syrup tonight,” said his wife, Becky, as she watched the show before stepping in to help out.

The steam from the boiler that turned the clear, water-like sap to syrup was hot. A thin cloud of wood-smoke and the smell of maple engulfed the small room located on the Rylls’ property.

In the course of four hours, a portion of the more than 700 gallons of sap collected in the past day had already quickly turned into 20 gallons of syrup.

“This is probably the most we’ve done so early in the night,” Dana Ryll said, as he continued to head the bottling process.

It’s a somewhat old-fashioned system. The boiler is fueled by a wood fire and the team has to keep an eye on the sap levels to make sure there’s enough going into the different compartments.

The sugar levels are tested with a refractometer, which measures the concentration of dissolvable solutions in liquid.

Each of the jugs was filled nearly to the brim, capped and flipped (to allow the quality freshness sticker to seal at the top) by Dana.

Becky uses a black sharpie to write the batch number on the bottom of the plastic bottle. 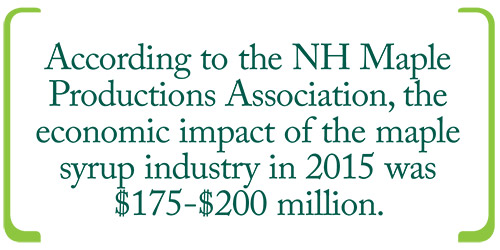 Many other producers throughout the state have created an automated process that uses sensors to decide what needs to be done and when. But it’s not one the Rylls are interested in right now.

The scene was not atypical for a night of production, according to Becky Ryll. But it can be a delicate juggling act, like when making sure the sugar levels are right and that there’s enough sap in the boiler to keep it from burning. 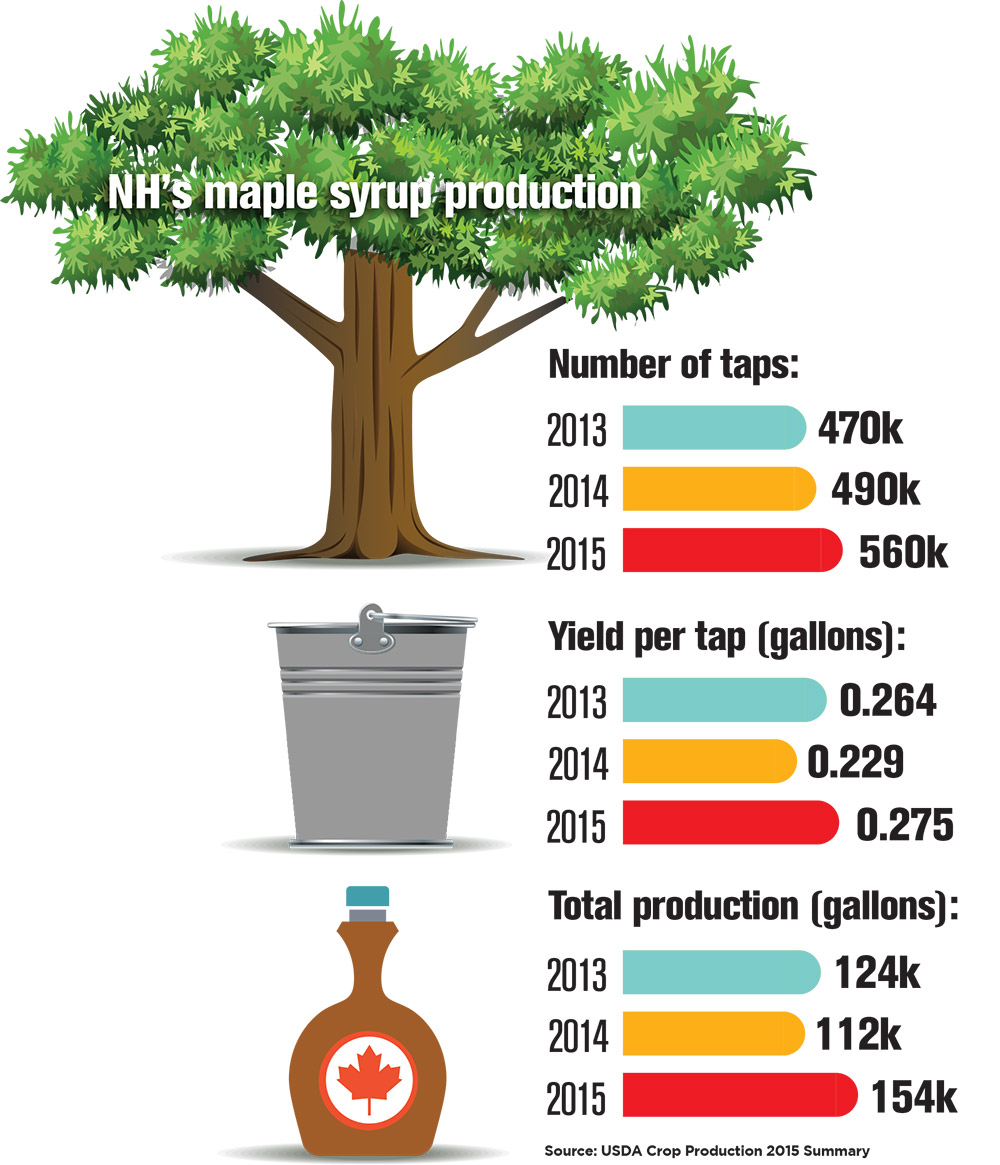 “This is where it gets hectic, when you’re trying to do everything all at once,” she said.

The whizzing and hissing of the various machines drowned out the classic rock playing from the radio in the corner. Pizza slices are passed around, and there’s plenty of maple syrup testing to be done.

Darby, the Rylls’ border collie, wandered between the two rooms as well, encouraged by ear scratches and biscuits.

Practice has helped to speed up the process. Dana said the idea to start making his own syrup came a little more than a decade ago while walking around his property.

The learning curve took a little while to overcome and resulted in a lot of spilled sap, overflowing buckets and a few burnt batches.

Though the first few attempts were done in their house using their stovetop, Dana built the wooden structure that now houses their whole operation in 2003.

Normally, the entire maple syrup production season can last about eight weeks, from the middle of February to the middle of April when spring starts to go into full swing.

“When the buds come out, the sap gets bitter,” he said.

The perfect mixture of cold and warmth that really gets the tree juices flowing requires the temperatures to drop below freezing overnight and warm up during the day. But that’s usually in an ideal situation that doesn’t always play out like it should. This year’s mild winter has sped up the timeline for the usual production.

And work usually begins way before the season actually starts. Hours spent, usually on the weekend, are dedicated to tapping the trees both on their Rindge property and in the neighboring town of Jaffrey.

When all is accounted for, Dana said they usually have 1,200 lines. The purple plastic tubing weaves through the trees at half a dozen or so locations through out the area.

Sometimes the plastic tubs, which can hold a couple hundred gallons or so usually, are overflowing. Other times, like this past boil, the diesel truck is brought out more than once to collect from the tubs.

Dana estimated about 200 gallons of syrup is what they need to make in order to have a good season. Last year they produced 210 gallons.

Most of the syrup is sold during the farm’s open house weekend, which usually comes a couple of weeks or so into production season.

“We don’t sell our syrup in stores, only at the farm and online,” Becky said.

A similar event will be held May 19-20 at the 38 Fieldstone Lane farm.

The Rylls, however, like to set their own schedule. Though they tend to run through spring, Dana said the focus is always on quality versus quantity.

“If we’re not making the best syrup we can, we’re done,” he said.