Edward M. Smith, president of College Bound Movers in Nashua, is the 2016 Business Excellence winner in the business and professional services category for a small organization 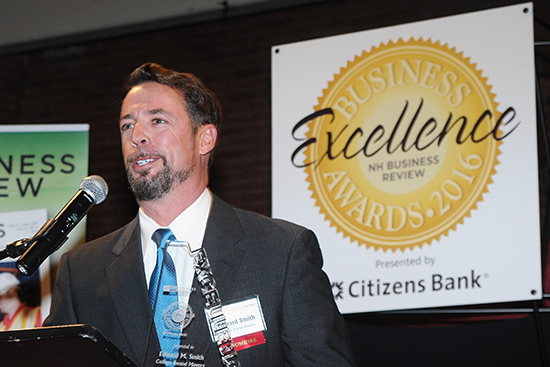 Edward’s story is the quintessential tale of how a successful company grew from humble beginnings.

At 19, Edward borrowed $80 to rent a U-Haul truck and attain his first client in the business that would become College Bound Movers.

He had a vision to develop a company that helps college students earn cash while at the same time provides customers with a professional service.

The stress of moving is often accompanied with mixed emotions over the new life-changing experience that awaits you. Arriving at your new location with broken belongings doesn’t make it any easier, but it happens. The moving industry’s average annual damage-claim rate ranges from 14 to 18 percent. Edward ensured College Bound Mover’s extensive employee-training program resulted in a damage-claim rate that never exceeded 2.5 percent.

And Edward ensures that his community shares in his success. Earlier this year, he gave a $15,000 gift to Joshua’s Park, a project in Amherst that is near to his heart. With Edward’s gift, fundraising picked up again, and the fund-raising campaign hit its $400,000 goal.

While growing his business, Edward also has been a single father – an experience that has only made him more compassionate and flexible when it comes to his employees’ work-life balance.

As his nominator writes: “Edward is a visionary, a savvy businessman and a problem-solver with a charitable soul.” 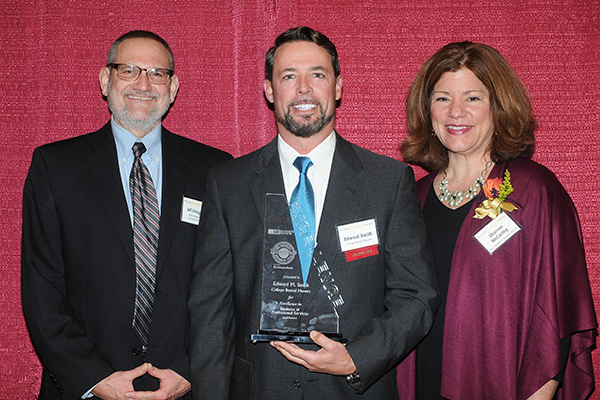