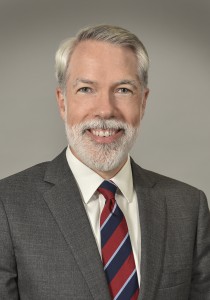 In January, during the final days of the Trump Administration, the U.S. Department of Labor issued a rule regarding the classification of employees and independent contractors for purposes of the federal Fair Labor Standards Act. This rule, viewed by many as being more “employer-friendly” than previous DOL policies, applies an “economic reality” test that asks whether “the individual is, as a matter of economic reality, in business for him or herself.”

The test considers five factors, but emphasizes two in particular: the nature and degree of the worker’s control over the work, and the opportunity for profit or loss.  The remaining factors are subsidiary, and are only to be considered if classification is not clear after applying the first two.

Almost immediately, the Biden administration took steps to delay, and then rescind, the Trump era rule. Earlier this year, a federal court blocked these efforts, and, for now, the 2021 Independent Contractor Rule remains in effect. All of this back and forth has called into question the standards for determining employee classification questions under the FLSA and has caused significant confusion for employers.

In the latest development in this ongoing story, the DOL issued a new proposed rule on Oct. 13, which the department says is consistent with long-standing court precedent about worker classification.  The proposed rule would apply a “totality-of-the-circumstances” approach.  Employers, the department and courts would have to consider six factors, all of which would be entitled to equal weight, in order to determine whether a worker is an employee or a contractor.  The factors are

Among other things, the DOL believes that the proposed regulation will provide more consistency between the department’s approach to classification and the way that courts have interpreted the FLSA.  The department also views this proposed rule as a return to long-established method for analyzing classification questions.

If enacted, the proposed rule would result in many workers who are currently treated as independent contractors being reclassified as employees.  This has the potential to have a significant effect on the “gig economy,” as it is expected that workers like meal delivery workers and rideshare drivers would now be employees.

Secretary of Labor Marty Walsh has said that the proposed rule is necessary to protect workers. The secretary has said, “While independent contractors have an important role in our economy, we have seen in many cases that employers misclassify their employees as independent contractors, particularly among our nation’s most vulnerable workers.”

He went on to say, “Misclassification deprives workers of their federal labor protections, including their right to be paid their full, legally earned wages. The Department of Labor remains committed to addressing the issue of misclassification.”

The proposed rule has a ways to go before it is finalized.  After a period of public comment, the DOL will consider the feedback it receives and make a decision about whether to actually issue the final rule.  This isn’t expected to happen until sometime in 2023 or even 2024.

Given the history of the regulation of this issue, it is also likely that court challenges will follow, meaning that it may be some time before a final rule, if issued, would take effect.

It is important to note that the proposed rule only affects who is an “employee” for purposes of the FLSA, the federal law that governs minimum wage, overtime, recordkeeping, and youth employment. Different tests govern who is an employee in other contexts, such as federal tax law and various state laws.  For example, New Hampshire state law provides different tests for determining whether a worker is an employee or an independent contractor for purposes of wage and hour laws, workers’ compensation, and unemployment compensation.  Under these different tests, it is possible for the same worker to qualify for classification as an independent contractor for some purposes but not others.

These different tests can cause challenges for employers in deciding how to classify workers and managing risk associated with misclassification.  Employers should consult with an employment attorney to ensure that workers are being classified properly in order to minimize risk to the business.

Adam Hamel, a director at McLane Middleton, is and chair of the firm’s Employment Law Practice Group. He can be reached at 781-904-2710 or adam.hamel@mclane.com.