Can an employer lawfully discharge or discipline an employee for a political action? It depends

Human resources professionals have the responsibility to enforce workplace rules, promote cooperation, insist on civility and respect, and — most of all — remind folks they are on one team, at least in the workplace. 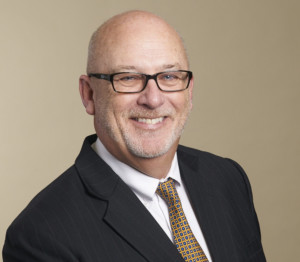 With New Hampshire being the first-in-the-nation primary state, presidential candidates are already visiting us with great frequency. With that there is increased media coverage, and that in turn helps draw more attention to some already electrified and polarizing political issues.

Given the ability of politics to detract from teamwork and collegiality, employers may wonder whether they could lawfully discharge or discipline an employee for various actions: Placing a “Make America Great Again” bumper sticker on his car? Sending emails to his co-workers soliciting support for the repeal of Obamacare? Hanging controversial political cartoons on her office door? Writing a blog at home stating his opinions about the results of the most recent mid-terms and forecasting the upcoming 2020 elections? Sending co-workers an SNL political skit from YouTube using a company computer network? All of the above?

The answer to each of the foregoing questions is, “It depends!”

Political party affiliation and political speech generally are not protected in the workplace, like gender, race, color, age, national origin, religion, disability, sexual orientation, gender identity, etc. There are still, however, some protections for free speech. Actions employers can take will depend on, for example, whether the employer is a public or private employer, the state in which the employee works, and whether the workplace is union or non-union. Other relevant considerations include company policies and practices, state or local laws, and the National Labor Relations Act.

Even the First Amendment does not protect political speech at work. Employers generally have the authority to control how employees express themselves on the job, and they may discipline and terminate employees who act unprofessionally or create disturbances — even if the expression is political in nature.

Many states have laws protecting employees from discipline, termination, or other penalties based on their exercise of federal or state constitutional free speech rights, but these protections are not comprehensive.

For example, one Alabama factory worker was discharged after refusing to remove a candidate’s bumper sticker from her car. A Pennsylvania waitress was let go after customers complained that she was wearing a Tea Party bracelet at work. In Mississippi, a bank supervisor was discharged after black employees complained that the supervisor commented how she wished there were not so much attention to President Obama’s race in the inaugural proceedings. One sports commentator was suspended after tweeting that President Trump was “ignorant,” stating that his election was a “direct result of white supremacy,” and commenting on the NFL kneeling controversy. An employer discharged employees who participated in a protest and violence in Charlottesville, Va.; the dismissal was based on the employees’ social media posts and news coverage. A Virginia woman was fired from her job after raising her middle finger as President Trump’s motorcade drove by. (The scene was captured on a video that went viral.)

Political discussions at work are rife with potential problems and concerns for HR. Employee one-on-one discussions can lead to potential disagreements and lack of cooperation. Group discussions can turn into a source of distraction, hard feelings and interference with work. Politics in email messages on company systems may lead to inconsistent applications of company policy. Materials on desks and office walls can be controversial and disruptive. Employees could request leave in support of a candidate or political party.

The effects of employee speech are not confined to employee relations and work ethic; if political activity occurs in the work area, the result may be customer complaints or an impact on business. Employee activity, such as distributing political materials, may appear to reflect an endorsement by the employer. Political hats, buttons, or pins may be in conflict with company uniforms. In addition to being districting, social media messaging may have brand implications.

Political speech potentially implicates many workplace policies, such as rules respecting no solicitation/distribution; access rules; appearance standards; policies on social media; and policies on use of company computers and equipment. Also relevant are prohibitions against discrimination and harassment; rules on civility and disparagement; and concerns respecting whistleblowing and retaliation.

Discussions of hot button issues can even have legal consequences. Conversations respecting gender or sexual orientation could lead to sexual harassment allegations, and debates about national origin might lead to real concerns respecting immigration.

Conscientious employers will be mindful of some overarching legal considerations respecting employee speech.

Public employers use a balancing test to determine whether an employee’s speech is protected. This test balances the interests of the employee, as a citizen, and the interest of the state in promoting the efficiency of the public services it performs through its employees. Relevant considerations for public employers include whether the speech relates to a matter of public concern, the effect of the speech on the public and on the public entity, and whether the speech was made pursuant to the employee’s official duties.

The First Amendment prevents the government from making laws “abridging the freedom of speech,” but governments can still limit speech in certain forums or based on its especially obscene or aggressive nature.

In 2006, in the case of Garcetti v. Ceballos, a district attorney had been passed over for promotion after authoring a memorandum that questioned the accuracy of a search warrant that was important to the government. In a 5-4 decision, the U.S. Supreme Court held that public employees who make statements pursuant to their official duties are not protected by the First Amendment from employer discipline. In these circumstances, the court said, an employee is not speaking as a private citizen, for First Amendment purposes.

State governments place various limitations on speech. In Cox v. New Hampshire, a large group of Jehovah’s Witnesses was arrested after participating in an information march without a permit, which was required by state statute. The U.S. Supreme Court held that governments could create “time, place and manner” restrictions without infringing on constitutional rights. The First Amendment’s protection did not extend to cover the particular manner of this group’s speech — in a parade and without a legally mandated permit.

In Chaplinsky v. New Hampshire, Walter Chaplinsky was proselytizing on a street corner and was arrested after calling a police officer a “damned fascist.” The court here held that it is constitutional to prevent or punish certain, limited classes of speech, including “fighting” words such as Chaplinsky’s.

While employers may restrict employee speech — including the speech of government employees whose speech is part of their official duties — without violating the First Amendment, states often create protections for speech and expression. Public employees in New Hampshire have a statutory right to discuss government entities and policies without interference. If someone violates this right, an employee may seek an injunction or damages.

Private sector employers are not governed by any First Amendment “free speech” right to political expression in the private workplace. Some states and local governments do have laws protecting employees from adverse employment actions because of their political speech or activities outside of the workplace. The scope of these protections varies greatly among states’ laws, so consult with local counsel before taking action.

The NLRA provides additional protections for certain speech. It gives employees at union and non-union workplaces the right to help one another by sharing information, signing petitions and seeking to improve working conditions in a variety of ways. The NLRA does not specifically protect political speech, but speech and related action are protected if they are both concerted (e.g., a group or individual expressing concerns on behalf of similarly situated employees) and about a work-related issue. The scope of these protections also varies greatly among states’ laws, so consult with local counsel before taking action.

Political speech in the workplace may also raise issues related to antidiscrimination.

Certain practices can help employers create cooperative and civil workplaces while still complying with the legal protections for employee speech. To attain such a workplace, establish and communicate clear expectations as to your company’s policy on political expression and the sound reasons for it. Train supervisors and managers on the company’s policy, which may include steps to take if they observe inappropriate conduct, and avoiding engaging in inappropriate conduct themselves (e.g., favoritism toward certain employees based on political affiliation or views). Do not overreact to short discussions among employees, but do not permit significant distractions during working time. Use progressive steps — beginning with a simple reminder or coaching—to enforce company policy.

Some best practices allow employers to target specific forms of potentially inappropriate political speech. Restrict access to bulletin boards or e-mail systems for political purposes. Do not allow third party political activity on the premises. Enforce dress code and attendance policies, consistent with past practice. Remind employees of policies regulating internet and email usage in the workplace, but be mindful of the NLRA. (For example, an electronic communications or social media policy that prohibits an employee from criticizing or disparaging or making false, offensive, injurious, or negative statements about his or her employer or supervisor electronically, including on social media, is illegal.)

Finally, remember to investigate any employee complaints of harassment promptly and appropriately, similar to other investigations of reported misconduct, and do not hesitate to reach out to local counsel if a situation arises.

Attorney Jim Reidy is chair of the Labor and Employment Group at Sheehan Phinney.