What’s the net effect of net metering in NH? 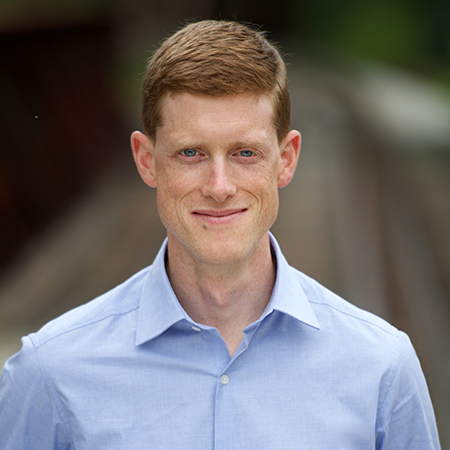 I recently sat down with the board of a local nonprofit that works with low-income kids in southern New Hampshire. The topic was solar. The goal was cutting costs and carbon pollution on behalf of the children they serve.

The board members wanted to know why my company, an employee-owned benefit corporation that brings solar to schools and nonprofits, was proposing to put panels on only half their spacious roof. Why, when more solar should mean more savings and environmental gain, would we want a smaller job? And why would we have them spend more money on air conditioning when the summer sun beats down on the empty half of their black roof because there are no panels soaking up the sun?

My answer? New Hampshire’s net metering law works well enough for homeowners and organizations that happen to have a small roof, but the moment you cross an arbitrary line from “small” to “large” as a solar customer-generator, you start giving away much of your power to the utility company. Better to go small and get a bigger return.

If that sounds counter-intuitive, allow me to break that down.

“Small” solar arrays generate power when the sun is shining for use onsite and “store” any excess on the grid by sending those electrons to the next house on the block. At night when the sun goes down, they “spend” those extra units of solar electricity. At the end of the month, the net of their generation-minus-consumption is what we call net metering.

If the net is negative, they simply pay for their extra electricity from the utility at the full retail rate of around 17 cents per kilowatt-hour. If the net is positive, it gets converted to monetary credits on their monthly bill according to a formula devised by the Public Utilities Commission – currently around 11 cents per kWh in Eversource territory or two-thirds of the retail cost. Think of that loss in value as the solar customer’s contribution to the maintenance of the grid, from which everyone benefits.

But the story changes when you cross an arbitrary line from “small” to “large” solar generators, which state lawmakers set at 100 kilowatts of installed capacity more than a decade ago, up to a 1 megawatt cap. Since most of us don’t think in watts, just imagine your local Dunkin’ (“small”) and your kid’s elementary school (“large”), and the dividing line is somewhere in between. As for the upper limit of “large,” chances are your local high school roof has more than enough space to accommodate 1 MW of solar.

In order to receive good value from solar, large customer-generators have to use every last unit of solar electricity onsite the instant it is produced. If they’re a major manufacturer with limited roof space, that’s not a problem. But for most schools, businesses and nonprofits like the one I met, the ratio of roof space to real-time demand means they have to scale their solar array way down to avoid any “excess” generation – or pay the penalty.

How much of a penalty exactly? Unlike all our neighboring states, “large” solar generators in New Hampshire are required to donate more than half the energy value to the utility, as Eversource pays them just 7.4 cents per kWh and then sells those same electrons to the home or office next door for the full retail rate. The moment a solar customer crosses the 1 MW threshold, the value of their solar electricity plummets again to around 3 cents per kWh because they are barred from net metering.

To be sure, these “large” solar customers receive benefits from continued access to the grid, for which they pay an array of ever-increasing utility charges for grid use, plus $5,000-$25,000 in mandatory utility “studies” before a project is approved, plus system “upgrades” of $100,000 or more for non-solar equipment on projects over 500 kW (owned and rate-based by the utility).

If that sounds like a subsidy or cost-shift in favor of solar customers, as Gov. Chris Sununu has repeatedly claimed when vetoing net metering reforms, the Pope must be Jewish! Not only has the PUC found no evidence of cost-shifting to benefit solar, but a raft of independent studies demonstrate the opposite is true because distributed solar cuts transmission costs for everyone.

Here in New Hampshire, studies put the direct value of solar at 19 to 24 cents/kWh, plus 6.7 cents/kWh in additional societal benefits, or multiple times the net metering value paid to solar customers today.

Net metering assessments aside, the public health and environmental damage that result from New Hampshire’s continued reliance on fossil fuels are staggering. A 2019 study by the International Monetary Fund put the cost of carbon pollution in terms of public health and the environment at $649 billion per year in the United States, or over $2.5 billion in New Hampshire.

For the sake of that local nonprofit wanting to harness the sun – and countless other organizations seeking to cut costs with solar during Covid-19 – New Hampshire needs a governor who will respect the science and conserve our climate for future generations. In the meantime, legislators should override Governor Sununu’s damaging veto of Senate Bill 159, the bipartisan net metering reform.

Dan Weeks is a co-owner and director at ReVision Energy, an employee-owned benefit corporation.