Volinsky: No governor should declare himself king 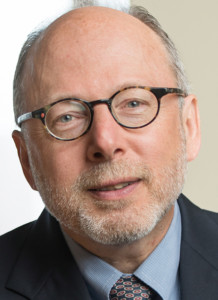 The creation of the Governor’s Office for Emergency Relief and Recovery (GOFERR) is a dangerously misguided, unprecedented power grab that allows the governor to spend more than $1 billion with zero oversight.

No other governor has set up such a committee to give themselves unilateral power over Covid relief funds. As we see President Trump eroding federal checks and balances at an alarming rate, we must guard against such a power grab here. This scheme could allow the governor to overturn decisions of the Legislature – and the public – with nobody to stop him.

The GOFERR scheme creates a group of privileged Sununu insiders with information that the general public lacks. Some U.S. senators recently took advantage of insider information to dump their stock portfolios. There’s no guarantee that Sununu insiders won’t take similar advantage as he has shown himself to be tone deaf to conflicts of interest in the past.

In 2018 and 2019, Governor Sununu took most of the surplus from his lobbyist-funded inaugural celebration and paid it to himself and his family members in a move the Union Leader referred to as “creat[ing]” the appearance of conflicts of interest and improper profiteering.”

The Sununu Inaugural Celebration Committee paid the governor $39,360, paid his sister’s business $50,000 and paid a total of $165,000 to Sununu’s family, friends and advisers.

We saw the governor also favor his family’s personal interests by calling for the shutdown of the public Cannon Ski resort, but not his own family’s ski resort – until I pointed out this contradiction.

GOFERR circumvents the Executive Council and the Joint Legislative Fiscal Committee’s longstanding constitutional responsibilities to ensure transparency and careful spending of state money. The exercise of these constitutional duties has been important in the past.

In my capacity as an executive councilor, for example, I stopped a loan guaranty that would have put the state on the hook for more than $1 million when I discovered that the borrower was a convicted felon who owed substantial fines. The governor didn’t have a clue about the borrower.

Councilors work hard to protect taxpayers by scrutinizing every contract over $10,000. In the GOFERR scheme, no contract would be scrutinized, no matter its terms or the potential benefit to wealthy insiders.

Another example: the Legislative Fiscal Committee blocked Education Commissioner Frank Edelblut’s efforts to accept a $46 million grant from Betsy DeVos to favor charter schools over public education. Under GOFERR, Sununu will help Edelblut’s continued undermining of public education. It is very disturbing that the governor cites the pro-charter school grant as the reason for his power grab. GOEFERR allows Sununu to use recovery funds to advance his ideological agenda as he tries to impose DeVos’s values onto New Hampshire.

Finally, the governor plans to audit his own work. In a state without an independent inspector general and where the governor appoints the attorney general, this is highly concerning. We need only look to the independent state audits of federal opioid monies to see that independent auditing ferrets out hidden misconduct.

One independent state audit last year found that a drug treatment program in Manchester stopped paying employee withholding taxes. Voters have the right to ask why the governor plans to avoid outside audits of his work.

There are good people in the Legislature and in the executive branch who are moving heaven and earth to respond to the pandemic. There is no need to create GOFERR, and it should be recognized for the terrible mistake that it is.

Andru Volinsky of Concord represents District 2 on the Executive Council and is running for the Democratic nomination for governor.