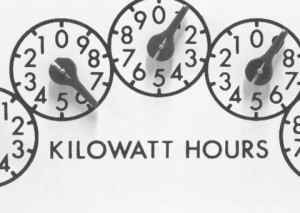 Unitil customers can expect a significant rate increase in December, if the utility’s Friday request is granted.

Unitil is asking to increase electric rates to 26 cents per kilowatt-hour, which would take effect on Dec. 1 and last for eight months. That’s a 160 percent increase from the current rate of 10 cents. A typical household can expect its bill to increase 75 to 78 percent, or $85 to $100 depending on energy use.

Consumer Advocate Don Kreis said electric customers are at their breaking point and said he may challenge Unitil’s request. “When Eversource and Liberty raised their default energy service prices to a point north of 22 cents per kilowatt-hour on August 1, I felt I had no choice but to go along with it.  The alternatives were too unpleasant to contemplate,” he said in an email.

“But there comes a point where an electricity price becomes unconscionable – and this price, to be applied for a full eight months beginning on December 1, is difficult to square with the notion that in New Hampshire utility rates must be just and reasonable.  We may have to send Unitil back to the drawing board on this one,” said Kreis.

Of the state’s four utilities, Unitil is the last one to announce a dramatic rate increase, and its December rate would be higher than all of the other state utilities if approved by the Public Utilities Commission. Eversource’s rate is 22.6 cents, Liberty’s is 22.2 cents, and the New Hampshire Electric Co-op’s is 17 cents.

One reason utilities have different rates is their schedule for going to market.

Three of the state’s utilities – Eversource, Liberty and Unitil – go to market twice a year to purchase energy. Of those, Eversource and Liberty split the winter months into two pay periods to try to prevent big price differences from the summer to the winter. Electricity is always more expensive in the winter because the demand for natural gas, used for both home power and heat, is higher.

Unitil currently has all of the winter months in one pay period, which will change next July when the utility switches to the same schedule as Eversource and Liberty with one rate from August to January and another from February to July. That will split the higher priced months of January and February into different pay periods, with the goal of creating a more stable rate.

The NH Electric Co-op can go to the market more often and shop for better deals for electricity. That’s one reason its rate is significantly lower than the other utilities. The PUC is investigating whether the other utilities should do something similar to help keep prices down for their customers.

Ratepayers always have the option of switching to a third-party competitive supplier. The NH Department of Energy has up-to-date information on third-party suppliers.