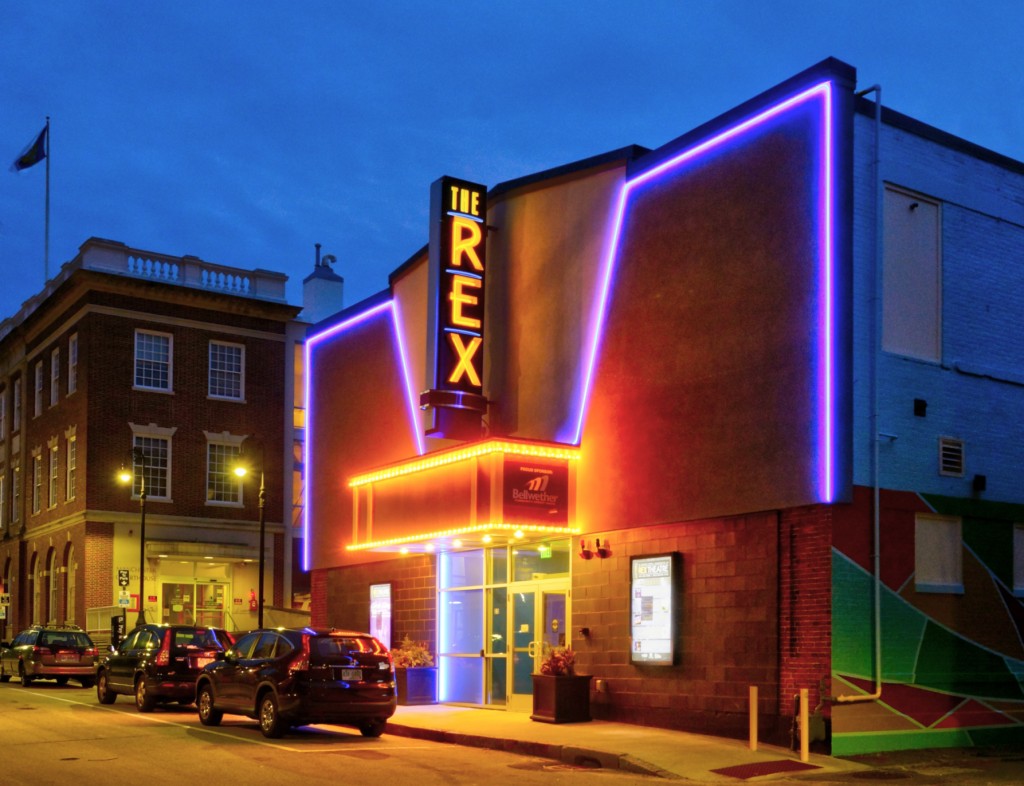 In many ways, the newly renovated Rex Theatre has returned to its roots.

After starting its life as a print shop around the turn of the century, the building at 23 Amherst Street served as a performance space for decades. The Rex Theatre opened in 1939-1940  and continued as one cinema or another through the 1980s. And now, after an extensive renovation project headed up by Manchester-based Cornerstone PDC, it lives again as a live music venue and community gathering space — but it wasn’t an easy path.

During its lifetime, the building housed nightclubs, fell into disrepair and then was ultimately closed. It was in this dilapidated condition when Cornerstone President Roland Martin walked in and the firm first started on the project as the design-build construction manager in January 2019.

“It was a disaster,” Martin says. “I’ve done a lot of renovations here in Manchester, a lot of them historical, but I’ve never seen anything like this one. It was in really rough shape — nothing but the basic structural elements could be salvaged.” 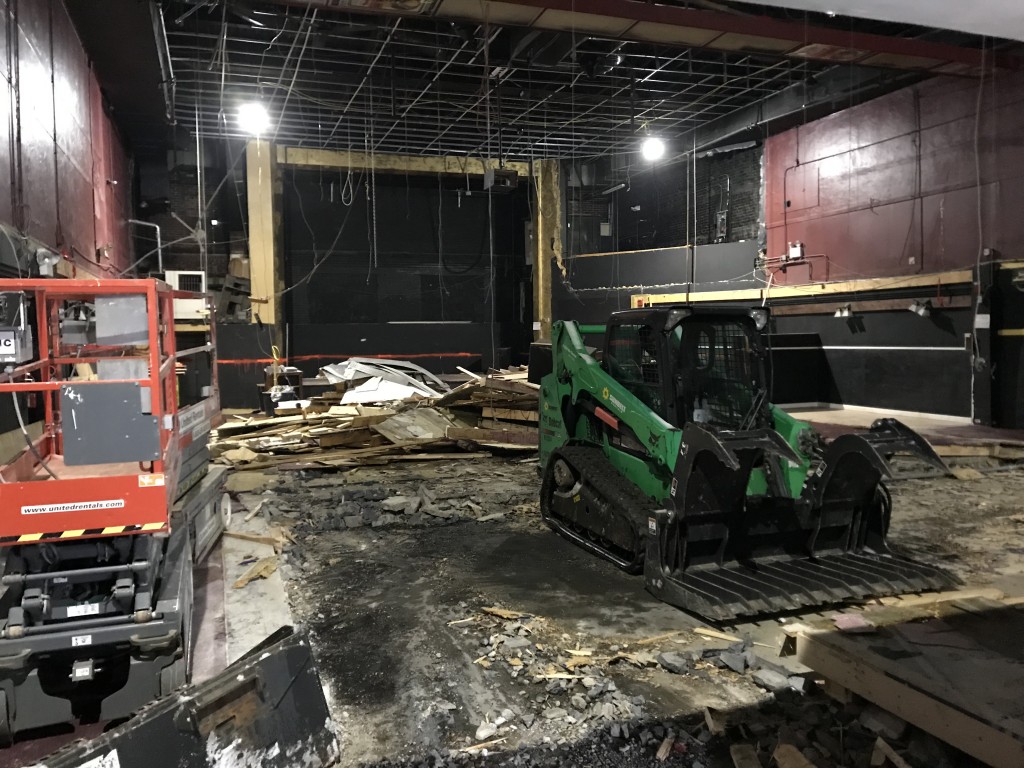 Through the combined efforts of The Palace Theatre, the Manchester Development Corporation (MDC) and a number of city officials, a plan was put together to bring the space back from the brink.

“One alternative was to tear it down and make it into parking spaces,” says Paul Ramsey, chief financial officer of The Palace Theatre, which oversees the Rex under a lease agreement. “It serves a purpose, but it doesn’t bring in revenue like a theater does.”

Cornerstone engaged Dennis Mires, PA, of Manchester, to provide necessary design services. With a shared vision, a schedule and a budget of $1.7 million, Cornerstone began work. Like any good production, however, there were unexpected twists and turns before the curtain was raised again last October.

“As we started peeling back the layers of old construction, we encountered things that were hidden during early exploratory work,” Martin says, of the selective demolition process. “It resulted in a significant amount of structural work in the building.”

Ramsey says the initial plan called for the original roof to be replaced. Before long, however, it became clear that the existing structural roof deck would have to be completely replaced.

“A variety of surprises along those lines showed up and created a significant challenge to the budget as well as the schedule,” he says. “There were a lot of design changes that needed to be made on the fly.” 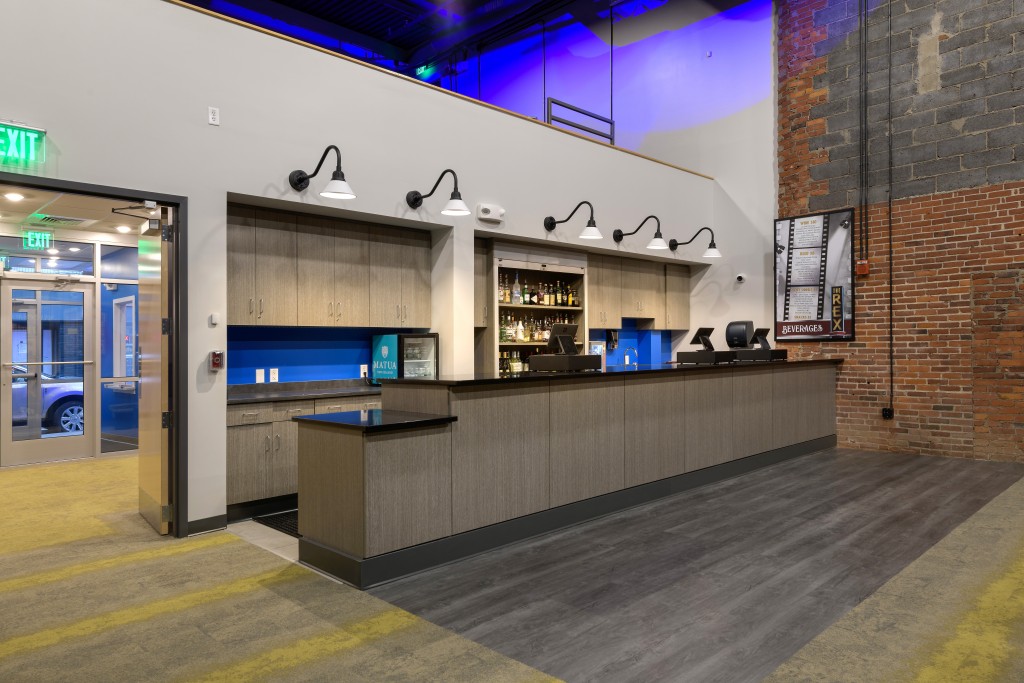 That challenge, in particular, ended up being fortuitous. Martin’s team recommended and opted to install an acoustic metal roof deck specifically designed for performance venues, which resulted in greatly improved acoustics. It was one of many unexpected challenges that popped up during the seven-month process. Cornerstone brought the building down to its original state, removed all the old plaster and stripped the structure to its historic brick walls.

Cornerstone removed three underground rooms that were no longer needed, constructed an entirely new slab and reinforced the existing balcony, which was cast-in-place concrete. Some column footings supporting the balcony had settled over the years, which necessitated shoring, removal, redesign, new footings and reinstallation. Cornerstone built the stage and restrooms at the south end of the space, and the front-of-house facilities, public restrooms and a bar in the theater in the north end of the space.

The exterior underwent substantial brick repair — the front façade of the structure, which had been reworked a number of times over the years was completely renovated — and the team oversaw installation by Manchester-based First Sign & Corporate Image of the new, dramatic 14-foot marquee announcing the theater’s name. The venue was named The Rex when it opened as a theater in May of 1940. It was renamed King Cinema and then The Movies over the years before its rebirth as the Rex Theatre. Installation of the sign is a detail that doesn’t typically fall to the construction manager, but Cornerstone was asked to take on this part of the project as well. Though it, too, went swimmingly, Martin is quick to offer kudos to key partners on the project.

“There were a lot of local companies that we work with on a regular basis that really stepped up to the plate to help us contain costs, stay on schedule and do some really nice work,” Martin says. “It really was a community project. Peter Ramsey and Paul Ramsey from The Palace Theatre spearheaded the project with Mayor Craig, the full Board of Mayor and Aldermen and the Manchester Development Corporation fully supporting the project as well, including providing financing.” 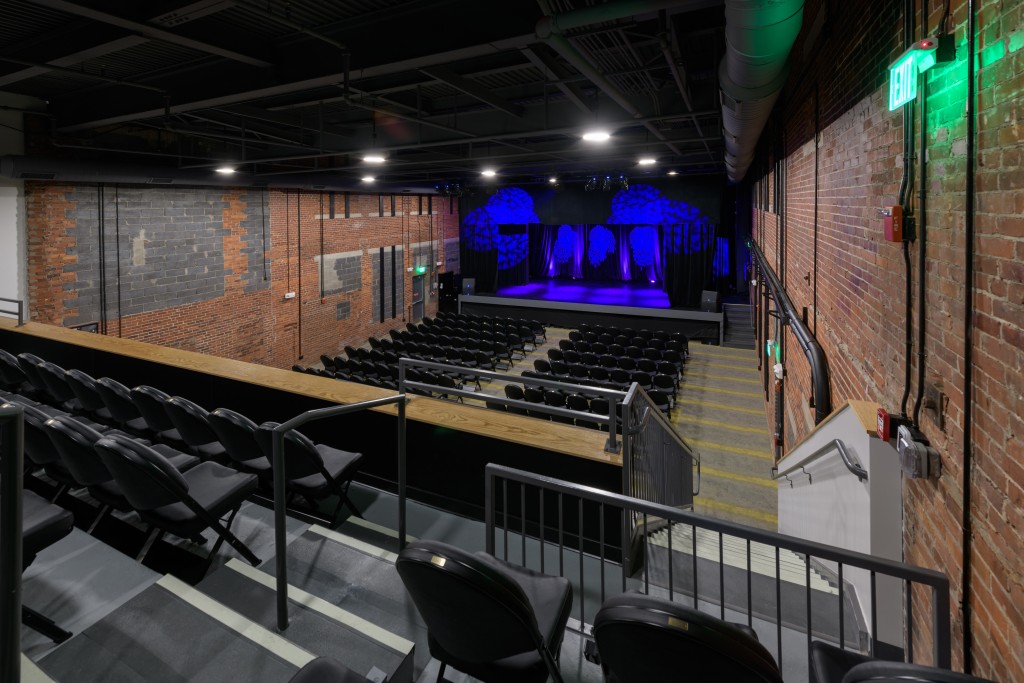 Even the neighbors chipped in, Martin says.

“The old water line to the building was broken and needed to be replaced, so I called Pramod Nyaupane from Bunny’s Superette next door and told him we were in a pinch and needed water for the masons; next thing you know, we had a hose running from his basement across the alley into the building.”

“Even with the unexpected structural issues, we managed to turn it over and come in under budget. It was very satisfying,” says Martin.

“It’s awesome,” Ramsey says of the finished project. “To be able to bring this in on-time and on-budget — not many people could conceive of that happening. Really, Cornerstone did a phenomenal job. They are the real hero in bringing the Rex back, as far as I’m concerned. They were able to adjust to unknown conditions along the way, bring in the right subcontractors. I was thrilled to have them on board to make this happen. I’m not sure many contractors could make this happen.

“I can’t say enough about Cornerstone. Their team was excellent to work with through all the trials and tribulations that presented themselves during this process. They were truly remarkable and I’d recommend them for any project.”