State has lost over 1,400 jobs in pandemic, but the impact is worse elsewhere 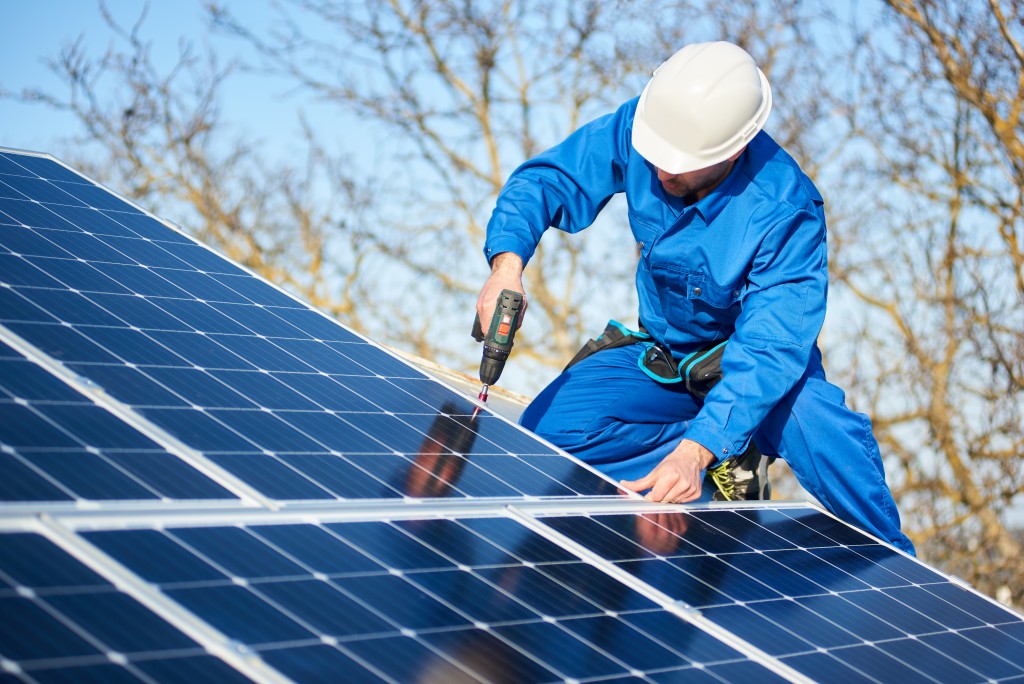 In March, business at Green Energy Options, a Keene solar energy panel business, suddenly came to a halt, and it had to furlough its seven employees.

“In essence, the whole world didn’t know how to move forward,” said owner Pablo Fleischmann. Then the company, and many of its customers, slowly moved forward. “I kept the business limping along. There was such a hesitation.  Now there seems to be a rush.”

That isn’t the same story for every business in the clean energy sector in New Hampshire, since each business is unique, but it’s a common situation.

Numbers paint the picture in very broad strokes. Before the pandemic, there were about 17,000 clean energy jobs in the state, about 2.9% of the state’s workforce, according to the last report by Clean Energy NH. That’s a bit higher than the 2.25% national rate but below neighboring states, such as Vermont, which leads the nation at 5.7%, and Massachusetts at 3.1%.

Since the pandemic began, the state has lost nearly 1,461 clean energy jobs, according to BW Research Partnership, where Clean Energy NH gets its figures. That’s actually an 8.5% decline, the third smallest in the nation — behind South Dakota and Utah. Nationally, the job loss was 14.8%. But the state’s bounce-back has been small too – only a few hundred jobs — but many businesses tell a different story.  It all depends on the company and the industry.

“Covid has hurt some sectors,” said Michael Behrmann, the Concord-based trade association’s director of business development. “There have been some layoffs, particularly in those serving the commercial sector, but I haven’t heard of people going out of business.”

While most people think of solar panels when discussing clean energy, that’s actually just a small part of the industry.  Energy efficiency accounts for 12,000 of the state’s clean energy jobs, mostly in the construction industry, work that primarily involves weatherizing homes and businesses. That’s followed by clean power generation with over 3,500 jobs. Solar accounts for 890 jobs, lagging behind wind, with 1,155 jobs.

Things also can get complicated fast when you get down to the level of individual companies, which often have multifaceted businesses.  Green Options, for instance, also sells wood stoves, which is part of the “clean fuel” industry, which has helped offset the decline in solar.

The clean fuel sector (which employs about 540 people, according to that Clean Energy NH report) also includes Peterborough-based Froling Energy, which sells wood boilers and the wood chips that are burned in them. Its heating systems are mainly designed for commercial and institutional use.

The company has been able to keep its 15 employees working, thanks to the federal Paycheck Protection Program and a $350,000 grant from the state’s Main Street Relief Fund, meaning the company expected at least that much of a decrease in revenue.

“We expect a 50% drop,” said President Mark Froling. “And some of that is due to Covid.”

At first, it took a little while for customers to let his employees enter premises, but that was a temporary problem, since most of the work can be done when nobody is even in there. Other customers, fearing a cash crunch, simply stopped paying.

The price of oil plummeted, meaning that wood chips were less competitive. Schools — which account for a lot of his customers — shut down in late spring. Nor did it help when Froling’s biggest customer, a tech company that works with the troubled aviation and automobile industries, laid off 150 workers.

Then the company couldn’t get basic boiler parts and silos from some states affected by the pandemic, and its employees couldn’t travel to other nearby states to install equipment.

“All these things add up,” Froling said.

The company had a large installation backlog, but for “future sales, we hardly see anything.”  If schools reopen, he might see some fuel sales, but “I don’t see that happening. Once you have a few outbreaks, I imagine a lot of them will shut back down.”

Fortunately for it, The Weatherize Guys LLC does more than weatherize. The Hudson firm saw most of that work vanish for three months as utilities shut down their weatherization programs to figure out how to run them in the midst of a pandemic.

At first, owner Mike Smith sent his seven workers home for a month, but when he called them back — with the help of some PPP funds — some told him they’d rather continue to collect bigger unemployment checks, which was a “slap in the face,” he said.

One month in, he was already busy building decks. “Some people want to do work on their house when there is nothing else to do,” Smith said.

When the weatherization business came back, his crew, now down to four, suited up like hazardous materials workers (at least when they walked through a home to get to the attic).

Smith said he is now busy enough to hire more employees, but he won’t be hiring the same people who didn’t come back when he needed them, he said.

When it comes to most clean energy companies, diversity reigns.

There’s geographic diversity in the case of ReVision Energy, the Brentwood firm that is now the state’s largest solar installer. ReVision employs close to 100 people in New Hampshire, but has 270 employees overall, the rest in Maine. That’s fortunate, because while business in New Hampshire has stalled — particularly in the commercial sector — “there has been no discernible affect of Covid on the rate of growth in Maine, where the solar market has just taken off,” said Dan Weeks, ReVision’s director of market development.

That has less to do with Covid than with energy policy.  For two years now, New Hampshire lawmakers have voted to raise the cap on net metering from 1 to 5 megawatts for large commercial projects, only to see the bill vetoed by Gov. Chris Sununu, who claims the state’s reimbursement rate for solar energy is so high it amounts to a subsidy of the industry by ratepayers.

In Maine, which allows up to 10 megawatts for net metering, reimburses at 14 cents a kilowatt hour, nearly double New Hampshire’s rate of 7.3 cents, said Weeks.

Similarly, Sununu vetoed another bill that would have increased the state’s renewable energy standards, again arguing that this presents a burden to ratepayers that don’t use solar. New Hampshire already exceeded its solar standard of 0.7%, so utilities have had little incentive to buy renewable energy credits that fund solar energy projects, Weeks said.  Massachusetts has maxed out its limit, but it is at 14%.

“By staying still, we are losing ground,” said Weeks.  “Solar is more difficult to pencil in here.”

Commercial solar accounts for about half of ReVision’s business, and it is that business that has declined 40% in New Hampshire, but because of the growth in Maine, “we are not too far off our revenue projections and hopefully we will see a modest increase,” said Weeks.

Granite State Solar in Bow also has benefited from geographic diversity, since it also services Vermont, but it had to halt operations there for three weeks after it was not deemed an essential business.  Sales slowed in New Hampshire too, “because people were at first terrified to have you come into your house,” said CEO Alan Gauntt.  But there was enough backlog for the company to continue to install in the Granite State.  And once Vermont reopened, business increased, so he was able to keep his 28 people working in the Granite State without any furloughs.

“Vermont is environmentally friendly.  Their incentives are better.  They don’t have a conservative governor who is the biggest obstacle in New Hampshire,” he said.

About a quarter of Granite State Solar’s business is commercial, but that hasn’t slowed that much, he said. “It’s all about the numbers with them. A lot of companies know right away if they are going to get through this or if it’s going to kill them,” said Gauntt.

The pandemic also increased demand for energy storage combined with solar. “You don’t need someone delivering propane to make sure you have power when it goes,” Gauntt said, adding that “our battery sales have more than doubled.”

The company is slowly working through its backlog, and Gauntt said he is worried that there won’t be as much work in the fourth quarter. That’s why he applied for and got a $242,000 Main Street Relief Fund grant after receiving at least $150,000 in PPP funds. “We haven’t touched a dime of that [Main Street] money,” he said, noting that if the company does better than expected, he might have to pay it back.

For many solar companies, especially those that concentrate  on residential installations, business hardly skipped a beat.

“We didn’t apply for PPP because we think the money should go to people who actually need it,” said Scott Johnson, owner of 603 Solar in Stratham.

Similarly, Frase Electric & Solar Electric in Tamworth didn’t notice any decline in business, perhaps because there have been so few Covid cases in the North Country.  Indeed, the company has been busier than ever.

“I didn’t slow down,” said owner Kim Frase. “I didn’t have to advertise and had more work than I could do.”

But those with business customers, even small ones, are still uneasy.

“Those with a commercial side are taking a hit,” said Fleischmann of Green Energy Options. “I attribute that to the pandemic. Their business is like our business. Who knows what is going to happen in two months?”