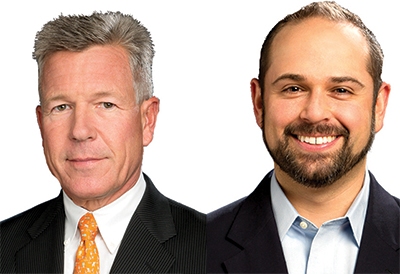 Without much fanfare, in May the U.S. House of Representatives passed one of the most significant retirement “saving” pieces of legislation in decades. Known as the SECURE Act (Setting Every Community Up for Retirement Enhancement), the measure is an attempt by Congress to get more Americans to save for retirement. As of this writing it is hung up in the Senate, but elements of the bill will impact us all eventually and we are always wary of cute acronyms.

The SECURE act is also the latest gambit by lawmakers to repair — or get Americans to ignore — the reality that the 401(k) experiment has been, for the most part, a policy failure of staggering proportions. Few are brave enough to admit it.

By any sane measure, the 401(k) boondoggle has enriched insurance companies and investment firms while making actual saving harder, and by making our citizens poorer and less prepared.

Unfortunately, while the House Ways and Means Committee crafted some positive alterations to current law, the SECURE Act leaves us no closer to confronting the financial trap door of retirement for millions of Americans since the demise of the traditional, defined benefit retirement plan that used to be known as company pensions.

In fact, if one reads the fine print of the new House proposal — and a bipartisan one being proposed in the Senate (RESA, or Retirement Enhancement and Saving Act) — it’s not unlike repairing the decrepit fence after the horses have galloped away.

It may be worse, as it almost eliminates the ability of the Stretch IRA to be passed from one generation to the next — a retirement nest egg from parents to children. Under the pending revisions, a non-spouse beneficiary would be forced to a mandatory distribution schedule of 10 years upon receipt of the policy. This potentially throws more than two decades of tax and investment planning out the door.

In a blistering Wall Street Journal column, Philip DeMuth said eliminating the Stretch IRA “would be to make more of an IRA subject to higher taxes sooner as distributions are made in supersize chunks,” and more than one-third of the IRA would be gobbled up in taxes as the distributions are added to existing incomes to push people into higher tax brackets. And the surviving spouse doesn’t get off much easier despite the lack of a 10-year mandatory distribution: When distribution does come, DeMuth noted, the tax brackets can increase from “12% to 25% or 24% to 35%, as mandatory payout ratios automatically increase with age.”

There may be some good intentions behind the new law, but it’s clear that Congress has an ulterior bipartisan motive: There are trillions of dollars in retirement savings out there, and they would rather have their tax share sooner rather than later. This is especially obscene, given that the federal government is running annual trillion-dollar deficits and lawmakers are loath to either cut popular programs or raise taxes to pay for those programs.

As with all financial measures from Congress, there are scraps of good news. The minimum distribution age may be raised from age 70 1/2 to 72; the maximum contribution age limits will be eliminated; more part-time workers will be able to contribute to a 401(k) plan; parents will be able to withdraw without penalty from traditional IRA or 401(k) plans to pay for a new child’s birth; and the new law will allow contributions to continue after age 70 1/2.

In a June opinion piece in The Boston Globe co-authored by Rep. Richard Neal (D-Mass), chair of the House Committee on Ways and Means, the authors said the new law and an emphasis on financial literacy were positive steps forward to dealing with the retirement crisis. We disagree. Financial literacy is the key, as this vital fundamental has been in decline for decades. Such literacy would show the proposed measures are at best Band-Aids — and may end up further enriching financial services firms, their lobbyists and, yes, the campaign coffers of politicians at the public’s expense.