Program is not ‘victim-friendly,’ they say; AG defends it as means of ‘healing and compensation’ 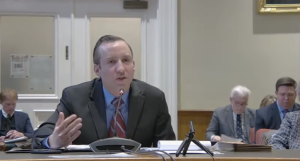 The hundreds of people alleging they were sexually and physically abused while held at the former Youth Development Center will be able to seek compensation from the state beginning Jan. 1.

The governor’s signature Friday on House Bill 1677 allows the Department of Justice to move ahead on creating a settlement process and naming an independent administrator appointed by the state Supreme Court to evaluate claims and propose a settlement. The bill created a $100 million fund, but lawmakers have said they’d consider increasing funding in the next session if necessary.

Department spokesman Michael Garrity said he expects the proposed settlement process and guidelines to go to the Joint Legislative Fiscal Committee for approval in mid- to late-summer. An administrator must be named before Nov. 1, the deadline to announce the process for submitting and evaluating claims and calculating a proposed payment.

Claims will be accepted until Dec. 31, 2024. Settlements for physical abuse will be capped at $150,000, while the cap for sexual abuse or sexual and physical abuse is set at $1.5 million, according to the legislation. Instead of following this process, victims can choose instead to sue the state and litigate their claims in court.

Victim advocates reiterated their opposition to the bill last week, criticizing what they see as unacceptably low settlement caps. They said the legislation also fails to give victims sufficient time to file and are concerned that it excludes emotional and non-contact sexual abuse, such as being the subject of child abuse images.

Critics include the New Hampshire Coalition Against Domestic and Sexual Violence.

“The state of New Hampshire had an opportunity to establish an unprecedented model settlement process that could have exemplified what it means to hold institutions accountable and demonstrate unwavering support for victims,” said coalition Executive Director Lyn Schollett in a statement. “However, what passed the House and Senate in the form of HB 1677 falls extremely short of living up to what has been promoted as a just system for victims.”

In its statement, the coalition expressed hope lawmakers will address those issues with new legislation in the next session.

“The victims know this bill is not victim-friendly and is intended to benefit the state, not them,” he said. “We will continue to fight every day to change the abusive way the state treats its vulnerable children and for true justice for the many hundreds of kids grievously harmed by sexual, physical, and emotional abuse over decades at the hands of the state.”

They made similar arguments in testimony urging lawmakers to defeat the bill.

Sununu announced late Friday afternoon that he had signed the bill along with 28 others.

Attorney General John Formella, who worked with lawmakers on the bill, greeted the news with his own statement disputing critics’ characterizations.

“The traditional litigation process can be an incredibly challenging, even re-traumatizing process,” he said, reiterating his earlier defense of the bill. “This new law creates a claims resolution process that provides a trauma-informed and victim-centered alternative to traditional litigation. No victim is required to use this process, but it is my hope that this bill will provide an avenue for much needed healing and compensation for many of these victims.”