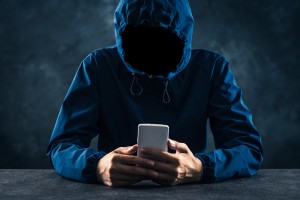 As the coronavirus pandemic has moved daily life into the virtual world, crime has followed. We now have words like “Zoombombing” and “cyberflashing” to describe new forms of online harassment. This year, the New Hampshire Legislature is considering a bill that would criminalize some of these behaviors.

According to a 2017 YouGov poll, over half of women under age 35 have received an unsolicited explicit image from a man, and roughly one-fourth of young men admit to sending an uninvited photo of their genitalia.

“Dick pics” are so common that a quick Google search provides dozens of standup comedy routines about the phenomenon. The results are not so funny for recipients, however. Unsolicited explicit photos can be shocking or threatening, and re-traumatize victims of sexual violence. Some victim advocates now use the term “cyberflashing” to describe these unwanted explicit images.

There are many stories of “Zoombombers” interrupting public meetings and classrooms with pornographic videos.  Apple Airdrop technology has been used to send explicit photos to everyone nearby in a restaurant, subway car or other public area.

Cyberflashing and the law

Some New Hampshire laws relate to the issue of cyberflashing.

It is a felony to send an explicit photo of yourself to a person under age 16.

It is also a misdemeanor to capture an image of a person’s private parts or a person in a private place without consent.

New Hampshire has laws against stalking that include electronic communication or “cyberstalking.”

None of these laws addresses the anonymous graphic photo that gets Airdropped to a person in a bar or sent to a teacher’s email or texted out of the blue from an old acquaintance.

House Bill 296, sponsored by Rep. Allison Nutting-Wong, D-Nashua, and Rep. Sherry Frost, D-Dover, would make it a violation to send a sexually explicit photo “with the intent to harass, annoy, or alarm the recipient.”

Any second or subsequent offense would be a misdemeanor.

Supporters of HB 296 point out that flashing is already a misdemeanor if you do it in person. Why should you get a pass just for doing it behind a telephone or computer?

Opponents of HB 296 believe that cyberflashing is an annoyance, not a crime meriting police involvement. If you receive an unwanted photo, you can always delete the photo and block the sender.

Other opponents expressed concern that it may be hard to determine the malicious intent of senders and non-consent of recipients, especially if they had a romantic or sexual relationship in the past.

HB 296 got a favorable vote in the House Criminal Justice and Public Safety Committee.  The bill now faces a vote from the full House of Representatives, which has yet to schedule its next voting day.

Citizens Count is a nonprofit serving the New Hampshire community by providing objective information about issues, elected officials, bills, elections, and candidates. this article is being shared by partners in The Granite State News Collaborative. For more information visit collaborativenh.org.