Public Utilities Commission does an about-face on energy-efficiency decision 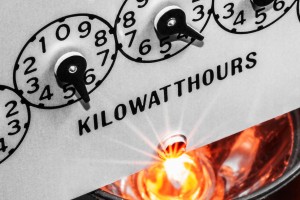 The Public Utilities Commission has restored funding for energy efficiency programs through NHSaves, allowing budgets to return to 2020-2021 levels, in a Thursday decision.

According to the Thursday order, the commission changed course because of the consumer advocate’s recent appeal before the New Hampshire Supreme Court, saying it is “just and reasonable and in the public interest” to approve the agreement ultimately negotiated by the Department of Justice. The consumer advocate, in return, agreed to drop his request that the order be suspended entirely.

The Office of the Consumer Advocate’s appeal was echoed by the state’s utilities, as well as Clean Energy New Hampshire, the Conservation Law Foundation, and LISTEN Community Services.

Other elements of the November decision remain intact, but would be addressed through a bill – House Bill 549 – that has been hurried through the Legislature. Advocates say this bill will address some of the uncertainty created by the November decision cutting energy efficiency funding, by reinstating components of the program such as evaluation, measurement and verification, cost-benefit testing, budget carry-forwards, and incentives for utility performance. But it stops short of putting the Energy Efficiency Resource Standard into state law.