On the road to a usage fee?

Proposals could alter the way state highway fund is filled 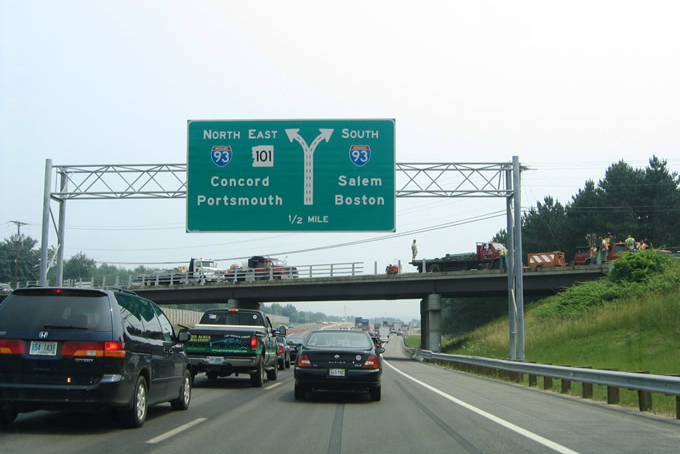 When the New Hampshire Legislature returns in January for its new session, lawmakers will be faced with two proposals to introduce a road usage fee to stanch the drain from the highway fund that has risen from dwindling gas tax revenue as fuel economy improves and sales of hybrid and alternative fuel vehicles grow.

Like the Dutch boy with his finger in the dike, Rep. Norm Major, R-Plaistow, has been trying to end the flow. He has spent the last five of his 12 terms in the House championing a road usage fee, or RUF, tied to the fuel economy ratings of light-duty vehicles. In October, the latest version of his bill, House Bill 478, was endorsed by the House Public Works and Highway Committee by a vote of 16-5.

Last session, Rep. Peter Somssich, D-Portsmouth, also proposed levying a RUF on both light and heavy vehicles based on their weight, which would be adjusted annually to keep pace with both rising price inflation and fuel efficiency. The bill was shelved in part because the New Hampshire Department of Safety was unable to estimate the revenue it would generate for want of data on the number of vehicles that would fall into the weight categories attached to the proposed fees.

Somssich said this year he will sponsor a bill basing an RUF on vehicle weights and mileage driven.

In 2015, a commission was convened to study “alternatives to the road toll for electric-powered, hybrid and fuel-efficient vehicles.” Major presented a proposal to introduce an RUF for all light-duty vehicles based on the fuel economy ratings assigned by the U.S. Environmental Protection Agency. With the commission’s support, Major introduced his bill the following year and in the three years after, without ever tampering with its basic structure, but only adjusting the values in the formula for calculating the fee.

The bill was first referred to interim study, then tabled the following year. In 2018, as HB 1763, it narrowly carried the House on a roll call vote of 168-152, but, with Gov. Chris Sununu threatening a veto, was sent to interim study by a voice vote of the Senate. Last year, as HB 478, it was retained for further consideration by the House Public Works and Highways Committee.

Dwindling gas tax revenues
The gas tax generates 55% of all New Hampshire state revenue allocated to the highway fund and a third of all state and federal funding for the highway system.
According to data compiled by the House Public Works and Highways Committee, in 2011, when there were 1.172 million registered vehicles (driving approximately 1.27 billion miles and using 810 million gallons of gas) receipts from the gas tax totaled $125 million. By 2018, vehicle registrations had risen by 7%, to 1.258 million, and miles driven by 8%, to 1.37 billion, while gas consumption increased by less than 4% to 830 million gallons.
Despite more cars driving more miles and a 23% increase in the gas tax — from 18 cents to 22.2 cents a gallon in 2014 — gas tax revenue grew by just $1 million — from $125 million to $126.1 million — between 2011 and 2018.
Adjusted for inflation, annual gas tax revenues declined from $135 million in 1998 to less than $70 million by 2018, while construction costs have risen by 40% since 2003.
Between 2007 and 2017, the average city/highway fuel economy rating in the United States has jumped 24%, from 20 miles per gallon to 25 miles per gallon, as seen in New Hampshire. And the trend appears likely to continue.
The Obama administration set a fuel economy standard for light vehicles of 54.5 mpg, to be reached by 2025. When the Trump administration announced it would scuttle this standard, it met resistance from both major automakers and many states, including California. Instead, most major domestic and foreign automakers have announced plans to expand production of electric vehicles in the coming decade.
The U.S. Energy Information Administration projects gasoline consumption to fall by 18% in the next 10 years and by 25% in the next 20 years.
Meanwhile, pavement conditions on the 4,906 miles of the state highway system have deteriorated over much of the past two decades. In 2000, 82% of the miles were rated in good or fair condition. By 2014, that share had shrunk to 68% before rising to 76% between 2014 and 2019, with additional funding. However, the 10-year plan projects the onset of a downward trend in 2020 that will leave a third of the mileage in poor or very poor condition by 2023.
Likewise, the number of state-owned bridges rated in poor condition has risen during the past decade. Each year, from 2008 to 2018, an average of 20 bridges were added and 19 removed from the Red List, which now numbers 129. Meanwhile, the number of bridges rated in fair condition rose from 781 to 866, underlying a projected increase in red listed bridges to 154 by 2028.

This year, Major’s initiative gathered momentum when the New Hampshire Department of Transportation was awarded a $250,000 grant to study the RUF. The grant, matched with turnpike toll credits, funds a contract with Cambridge Systematics to match the vehicle identification numbers of registered vehicles to the EPA’s fuel economy ratings, a necessary step in implementing the fee. The firm will also profile the mix of vehicles in the state as well as project short-term and long-term revenues from the RUF.

How it would work

“The beauty of the bill,” Major said, “is its simplicity.”

He stressed that apart from restoring the revenue stream to the highway fund, the intent of the bill is to distribute the cost of maintaining roads and bridges more equitably. “It’s about fairness,” he said.

Or as Rep. Frank Tilton, R-Laconia, put it: “We need to make sure that the people who use the roads pay for the upkeep of the roads.”

The formula for calculating the fee consists of four factors. The fuel economy ratings and the rate of the gas tax — 22.2 cents per gallon — are real values. The price of gasoline — $2.50 per gallon — and annual distance driven are nominal values. However, the bill provides that if the gas tax is adjusted, the RUF would be adjusted proportionately.

Vehicles not fueled by gasoline would pay a flat fee of $125, while all others would pay a graduated fee based on their fuel economy rating. The schedule of fees begins with a base vehicle with a fuel economy rating of 20 miles per gallon or less that travels 12,000 miles a year and uses 600 gallons of gasoline, costing $1,500 at $2.50 a gallon. The owner would pay $133.20 in gas tax and a flat RUF of $10.

In other words, the RUF rises as vehicles use less gas and pay less tax. Fees would rise in $25 increments, from $25 for a vehicle rated from 20 to 30 mpg to $100 for a vehicle rated at 50 mpg or more. At the same time, the higher the fuel economy rating, the less the gas consumption, the less the gas tax and the lower the operating costs compared to the base vehicle.

While the base vehicle costs $1,510 to operate in gasoline, gas tax and RUF, the vehicle rated at 25 mpg would cost $592 less. The higher the fuel economy rating, the greater the difference in operating costs.

The RUF would be collected when vehicles are registered.

Major noted that in fiscal year 2019, the 1,258,890 light-duty vehicles in New Hampshire are projected to generate $110.7 million in revenue from the gas tax. If the RUF were introduced and all these vehicles were electric, revenue would jump 42%, to $157.4 million.

Somssich, whose bill remains to be drafted, said, “I agree with the need to get some revenue to the Department of Transportation,” but added that he found Major’s approach “counterintuitive.”

In particular, he objected to what he called “penalizing people for buying more fuel-efficient vehicles.” Instead, he said that since the wear and tear on roads is the result of the relative weights of vehicles and the number of miles driven, they should be the factors used to calculate road usage fees.

Somssich noted that the weight of motor vehicles is included in their registration. While some states have contemplated using tracking devices to measure mileage, raising issues of cost and privacy, he suggests that odometer readings taken at annual inspections could be added to the registration process to calculate the fee. Both weight and mileage are real, not nominal, values that accurately measure actual road usage, he said. “We should not be penalizing fuel efficiency,” he stressed.