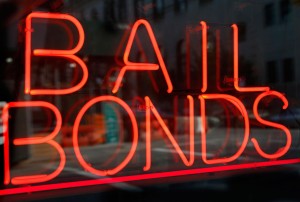 In 2019, the state of New Hampshire set out to measure the impact of a bail-reform law that took effect a year earlier. It was an important question. Since the law’s passage, supporters and critics have argued over its effects. Police have said too many defendants are missing court dates or committing new crimes while out on bail. The ACLU and other advocates say those claims are largely anecdotal, without real data backing them up. The state-commissioned study could have provided some answers. But it was never conducted.

In March 2020, the Pretrial Justice Institute — the Maryland-based organization the state had contracted with for the analysis — withdrew because it couldn’t get the data it needed, according to a letter the Granite State News Collaborative obtained through a public records request.

“Due to difficulties experienced by the jails in providing us the data needed to do our analysis, we have not been able to begin the project,” Tenille Patterson, one of the organization’s executive partners, wrote to the NH Department of Justice’s Grants Management Unit. “Moreover, it appears that those difficulties cannot be overcome in a way that would allow the project to proceed.”

The study would have analyzed jail populations before and after the 2018 law, as well as its impact on court appearance rates, according to the letter. It’s not clear whether the study also would have looked at rates of reoffending while on bail.

The topic remains relevant. This session, the NH Legislature is considering bills that would make the state’s bail laws more restrictive in some circumstances. One of them, Senate Bill 294, passed the Senate in February and was scheduled for a hearing before a House committee Wednesday.

Like many states, New Hampshire used to rely mainly on cash bail. After someone’s arrest, a judge or bail commissioner would essentially have to decide what, if any, sum of money that person would have to post to go free while awaiting their trial. People accused of low-level offenses would sometimes sit in jail because they couldn’t come up with a few hundred dollars for bail.

The 2018 bail-reform law overhauled that system. It allowed judges to hold any defendant without bail if they determined the person was a public-safety risk, while stating that in other cases, no one should be detained solely because they can’t afford bail.

“What we’ve seen in New Hampshire and across the country are people that are abusing the system and are not showing up for court appearances, or people that have committed violent crimes, getting released immediately and reoffending almost immediately,” SB 294’s prime sponsor, state Sen. Jeb Bradley, R-Wolfeboro, said at a hearing in January.

Hollis Police Chief Joseph Hoebeke, president of the NH Association of Chiefs of Police, said his group has concerns that people accused of serious offenses are being released by bail commissioners who lack the time or training to fully weigh their situations.

SB 294 requires that anyone arrested for murder, first- or second-degree assault, felony sexual assault, domestic violence, robbery and a few other offenses be detained for up to 72 hours until they can appear before a judge, taking away their ability to see a bail commissioner who could consider whether to set bail before that time.

The bill would also mandate detention before trial for anyone who has failed to appear in court at least three times in the past three years, including on many misdemeanor charges, or is arrested twice while already out on bail.

SB 294’s opponents, including the ACLU of New Hampshire, say there’s little data backing up claims that bail reform has caused widespread problems. They note that judges and bail commissioners already have the power to detain defendants they deem dangerous under the current law.

The data that do exist are limited, and pertain only to failure-to-appear rates. They suggest New Hampshire may have seen an uptick in missed court dates, but a modest one.

The court system analyzed data from two specific jurisdictions for the six months before and 10 months after the 2018 reform took effect.

In Hillsborough County Superior Court’s Northern Division, which handles felonies, defendants missed 9 percent of hearings before the law and 13 percent after. In Rochester District Court, which hears misdemeanors, the rate went from 22 percent to 26 percent.

Similarly, when the NH Public Defender analyzed data on its clients’ hearings, it found an average failure-to-appear rate of 9.8 percent statewide in the first nine months of 2019, compared to 7.7 percent in the same period two years earlier.

As for whether more people are committing crimes while out on bail, the Collaborative is not aware of any data addressing that question directly.

Advocates of the original bail reform have noted that the state’s crime rate was falling before 2018 and has continued to do so since.

“We have no data to support the need for this bill,” Frank Knaack, the ACLU of New Hampshire’s policy director, told lawmakers during the hearing on SB 294.

Where is the data?

Stakeholders have called for more robust data collection since at least late 2018, when a study commission created by the original bail reform law unanimously recommended tracking such metrics as failures to appear and offenses committed while on bail.

Earlier that year, the NH Judicial Branch and the Pretrial Justice Institute had announced a partnership to reform the state’s bail practices and gather and analyze data. In 2019, the state, through the NH Department of Justice’s Grants Management Unit, awarded the PJI $45,000 in federal grant money to analyze the bail reform law’s impact.

In a statement provided by a spokesperson, Meghan Guevara, one of the Pretrial Justice Institute’s executive partners, said the organization submitted a request for data to the court system and county jails to do the analysis.

“After going back and forth over a period of time, [it] became apparent that they did not have the data to complete the analysis that had originally been proposed, so we requested that the contract be terminated,” Guevara said.

The PJI’s withdrawal letter includes a list of recommended data points for the jails and the court system should collect to answer such questions as how many people are in jail because they can’t post bail, how often defendants miss court appearances, how many defendants are re-arrested while out on bail and how serious those new charges are.

Michael Garrity, a spokesman for the NH Department of Justice, declined to comment except to note that the grant “was terminated due to an outside vendor being unable to complete the project.”

The Rockingham County Department of Corrections was able to provide PJI most of the data it was looking for, Superintendent Jason Henry said, but not all jails have the staff to handle such requests. Some of the data requires someone to go manually through individual files.

“It is a combination of several things that facilities run into that hampers them from gathering this type of data,” he said in an email. “Realistically if you do not have a dedicated person to oversee the jail management system who understands how to extract data, it will continue to be an obstacle.”

“The Judicial Branch is in the process of exploring additional tools and resources to allow the courts to collect and report on additional data of interest to policy makers,” she added.

In an interview, Knaack expressed frustration that the PJI study went nowhere.

“I commend them for trying to figure out the answers to those questions,” he said, “but I think it’s deeply troubling that instead of recognizing that they have a data problem and trying to address that data problem immediately, so they would actually understand how the justice system’s working, they ignore that and are now trying to push a policy that will have a massive harmful impact on potentially thousands of people annually.”

Hoebeke said more data could help policymakers going forward, but he feels the need for SB 294 is clear enough without it.

“This addresses a specific issue that we’ve seen as law enforcement practitioners, and based on some of the concerns from victims and their families and community members,” he said.