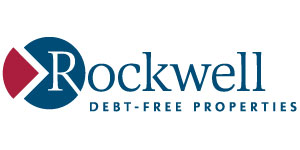 The properties were actually owned by Rockwell TIC, a Utah company, and its tenant, an event venue operator Noah Corporation.

A Massachusetts investor is charging a New Hampshire firm for “luring” it into a multi-million Ponzi scheme in order to get a piece of the action.

Homes Development Corp. HDC, of Burlington, filed suit last week in U.S. District court in Concord against Edmund & Wheeler, Inc, a Franconia company which specializes in 1031 exchanges, named after a section of the Internal Revenue Code that allows investors to defer capital gains on real estate as long as those gains are invested in a similar property.

HDC had been using EWI before and therefore trusted the company when it suggested that it put $5 million into “a venture with a lengthy history of stable profitability,” according to the suit. Those properties were owned by Rockwell TIC, a Utah company, and its tenant, an event venue operator Noah Corporation, promising a 7% return in rent, with a 2% annual increase for only $2,000 in fees.

The properties were near Birmingham, Al., and Overland Park, KS. But the suit charges that the values of the property were artificially inflated – the Birmingham project wasn’t even started yet – and that the rents paid were not from a successful commercial operation but from other investors.  After some of that initial rent, both filed for bankruptcy: Rockwell under Chapter 11 and Noah under Chapter 7.

The Securities and Exchange Commission had made similar charges against individuals behind Rockwell and Noah in a civil fraud complaint filed in Utah at the end of last year.

“The Noah event centers were, collectively, an unprofitable enterprise sustained only through infusions of new investor funds,” alleged the SEC. “Through their misconduct, the defendants convinced approximately 90 investors to purchase over $35.9 million in securities in the form of Noah TIC Interests between approximately January 2017 and February 20.”  The SEC named defendants William J. Bowser, the founder and president of Noah, as well as Christopher J. Ashby, Scott W. Beynon and Jordan S. Nelson, the owners of Rockwell.

HDC’s lawsuit however was against EWI, as well as Edward and Wheeler Exchange Services and four individuals that work with the companies: John D. Hamrick, Mary O’Toole, Timothy Burger and Chris Brown. HDC alleges that EWI was not a disinterested broker but skimmed 3% to 6% off the top of the deal, an arrangement that they didn’t disclose to HDC. The suit also alleged that EWI defendants were “close businesses associates” of Bowser and Ashby.

“None of these accusations are accurate,” Hamrick told NH Business Review.   “They purchased the real estate, and the owner and the tenant went bankrupt, and now they are trying to blame everybody else.”

He added, “They still own the real estate. They just aren’t getting any rent.”

In its complaint, however, HDC said they had unloaded their share in the two properties at $1.6 million, taking a substantial loss on the real estate, not to mention the back rent they didn’t get.