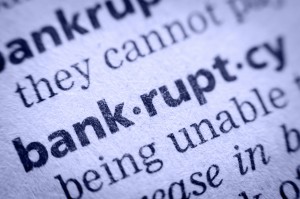 New Hampshire bankruptcy filings jumped substantially in September compared to last year – the first year-over-year increase since the pandemic began in the spring of 2020.

The 62 bankruptcies recorded in September matches the number filed in August, but it was 30 percent higher than the 48 filed in September 2021. September’s 62 filings is one shy of the highest monthly total (there were 63 in March) so far this year.

One reason for the uptick could be that wages are not keeping up with inflation. The unemployment rate remained at a record low 2 percent in August, and wages rose 2.9 percent annually, and that down from a 4.2 percent increase in July. Meanwhile, the inflation rate was 7.4 percent in August, slightly above the 7.3 percent in July.

There were no business-related filings in June or July. There was one in August and there were three in September, though two were personal filings with business debt. The one business that did file Chapter 11, to reorganize debt. It was Arete Rehabilitation Inc. of Salem, Sept. 28. It reported assets of $500,000 to $1 million and liabilities of $1 million to $10 million.