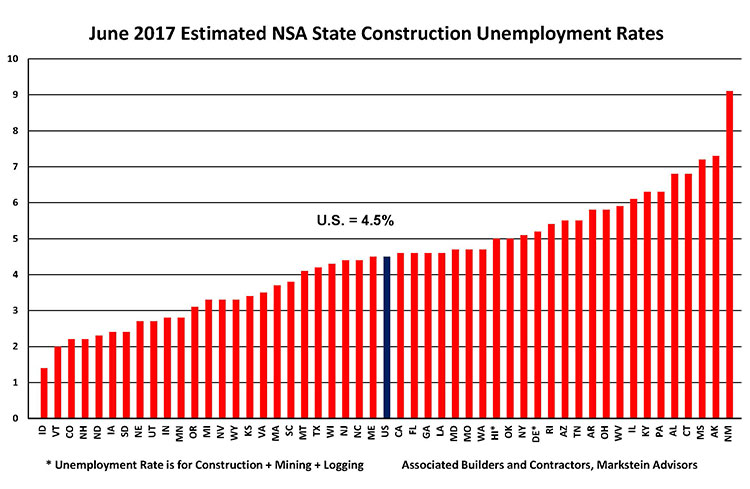 New Hampshire tied with Colorado for the third lowest construction unemployment rate in June, at 2.2 percent, according to not seasonally adjusted construction unemployment data from the U.S. Bureau of Labor Statistics. An analysis from the Associated Builders and Contractors reveals it’s the state’s second lowest June rate (matching June 2001’s 2.2 percent rate) since the 1.5 percent rate in June 2000.

Because industry-specific rates are not seasonally adjusted, national and state-level unemployment rates are best evaluated on a year-over-year basis, according to ABC. 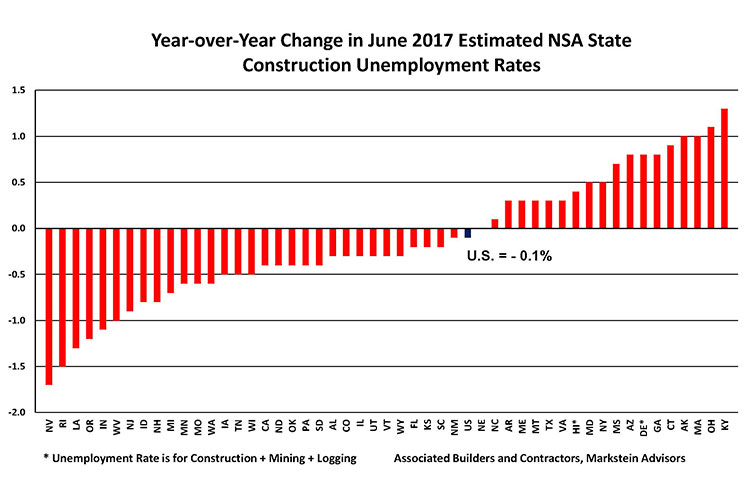 New Hampshire saw a 1.5 percent decrease year-over-year in the construction unemployment rate. From May to June, the unemployment rate dropped approximately 1.7 percent, more pronounced than the national average of 0.8 percent.

Since the beginning of the data series in January 2000, the monthly movement in the national NSA construction unemployment rate from May to June has been a decrease every year except one — 2010, when there was no change in the rate from May. This trend continued in 2017 with a 0.8 percent rate drop in the NSA rate from the month before. Among the states, 38 had declines in their June estimated rate from May, and two (Iowa and South Carolina) saw no change.