But agency says actual numbers for Granite State are even higher 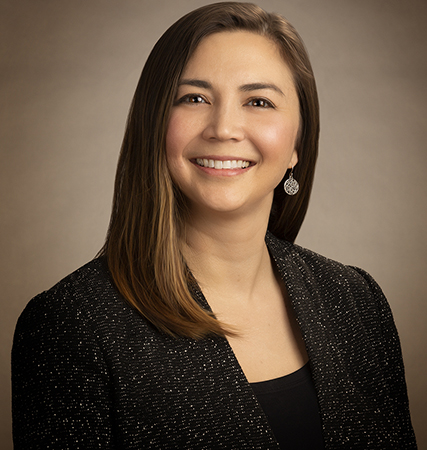 The U.S. Small Business Administration approved some 4,400 Paycheck Protection Program forgivable loans totaling $1.06 billion in the first week the program was rolled out, according to a press release issue Monday morning by U.S. Sen. Jeanne Shaheen.

But the numbers are even higher than that, said Rachel Roderick, acting director of the SBA’s New Hampshire district office in Concord, told NH Business Review Monday, though she declined to release them at the instruction of the national office.

Either way, that’s more than twice the estimate reported by the New Hampshire Bankers Association last Friday. The association based its estimate on a survey of 37 member banks. It’s not clear whether the discrepancy is because that estimate is very conservative, if the majority of the loans came from banks based out of the state or weren’t made by members of the association, or because Shaheen’s numbers included Friday figures as well.

Shaheen, who helped negotiate the small business portion of the CARES Act, which includes the PPP, has been critical of the SBA for delays in implementing the loans as well as to make sure the money flows after the approval.

“Many small businesses in New Hampshire might not last the week, much less the month, which is why getting resources Congress has provided to these businesses now is so critical,” said Shaheen. “Thousands of New Hampshire small businesses have been approved for assistance. Now the money needs to be delivered to them as soon as possible – time is of the essence. Unfortunately, there have been unforced errors by the administration in implementing these loans and they need to be fixed immediately.”

Many of the banks had not yet disbursed money because they were reluctant to do so before the loans were actually closed, the last step before they normally releases funds, she said. Many were awaiting further guidance from the SBA on how to close the loans, which was supposed to be done in 10 days.

According to the Bankers Association, as of last Thursday, 37 New Hampshire banks issued some 2,000 SBA approved loans totally $400 million businesses.

If that money is used to retain workers – a condition of their forgiveness – it would save more than 10,000 jobs.

“Each one of these jobs saved represents critical support for a Granite State family in need,” said Kristy Merrill, president of the New Hampshire Bankers Association. “We know that keeping them on their payroll will help each one of them continue to buy their groceries, provide for their families and keep New Hampshire’s economy moving.“

Merrill did say that the loan statistics – collected from Friday, April 3, to Thursday, April 9 – are a conservative estimate based on preliminary figures only of the association members that participated in the survey.

The U.S. Small Business Administration has the actual numbers but told NH Business Review that it was asked not to release them, wrote Rachael Roderick, acting district SBA on Friday. Roderick didn’t indicate who asked it to withhold that information.

Nationally, Roderick said, some 1 million loans were approved by Monday for a total of more than $218 billion. Congress allocated $349 billion for the PPP, as part of the CARES Act so in little more than a week, almost half of it is gone. Both the Treasury Department and congressional leaders are planning to come up with more. The question is how much and when.

The SBA doesn’t actually lend the money but guarantees the loans from SBA-approved banks, which have been swamped by businesses applying for them.

The terms of the loans – 1% interest over two years for up to $10 million for all businesses with fewer than 500 employees, with no payments due for six months – are attractive enough, but the federal government will forgive the loan if the business uses at least three quarters of the money to pay workers for eight weeks at the same rate and the same hours as they averaged last year. The rest of the loan would be forgiven as well if the business uses it to pay necessary expenses, like rent, insurance, utilities and ongoing loan payments.

The banks, swamped with applications, runs and with lobbies shut down because of the coronavirus, are taking requests through web portals, emails, phone calls, and sometimes accepting documents though drive-though windows. They have generally, however, preferred to work with their own customers, leaving those without an account at an SBA-approved institution at the back of the line.

And while 10,000 jobs or even 20,000 jobs in a week sounds like a lot, it only covers a fraction of the growing unemployment problem. Some 30,000 new claims have been filed weekly for unemployment benefits ever since middle of the month. As of April 3, when the PPP program first started, there were 97,000 new claims filed. State preliminary initial claims data for the week ending April 10 will be released Thursday.