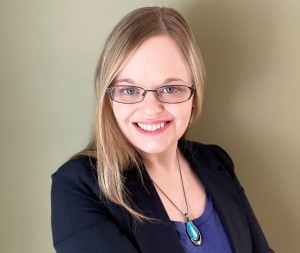 The College Consortium is a statewide organization with the mission of providing a forum where post-secondary institutions can discuss, develop and implement strategies to end violence against women on their respective campuses.

Kiefer was nominated by The NH Coalition Against Domestic and Sexual Violence.

“We’re grateful to Kitty for her commitment to ending sexual violence in New Hampshire,” the NHCADSV said in a statement. “Interpersonal violence prevention and response at New Hampshire institutions of higher education has been—and continues to be—wholly transformed by her contributions, leadership and expertise.”

Kiefer became the College Consortium coordinator in 2015 after the role was added to New Hampshire’s Sexual Assault Resource Team as a way to focus on working with college campuses to improve system response to victims and promote accountability, ensuring victim-centered, trauma-informed services.

In her time, she helped to create the ‘uSafeUS’ smartphone app, which connects students impacted by sexual assault with resources and information about their options and tools to keep students safe. She also worked to help generate a campus climate survey used by all New Hampshire postsecondary institutions and provides technical assistance, training and resources to support community partners navigating changes to the legal landscape of campus response, including the new 2020 Title IX regulations and New Hampshire’s new Sexual Misconduct at Institutions of Higher Education law.

Before Kiefer joined DOJ she worked for nine years at a New Hampshire crisis center.