Geographically precise platform aims to save lives in emergency situations 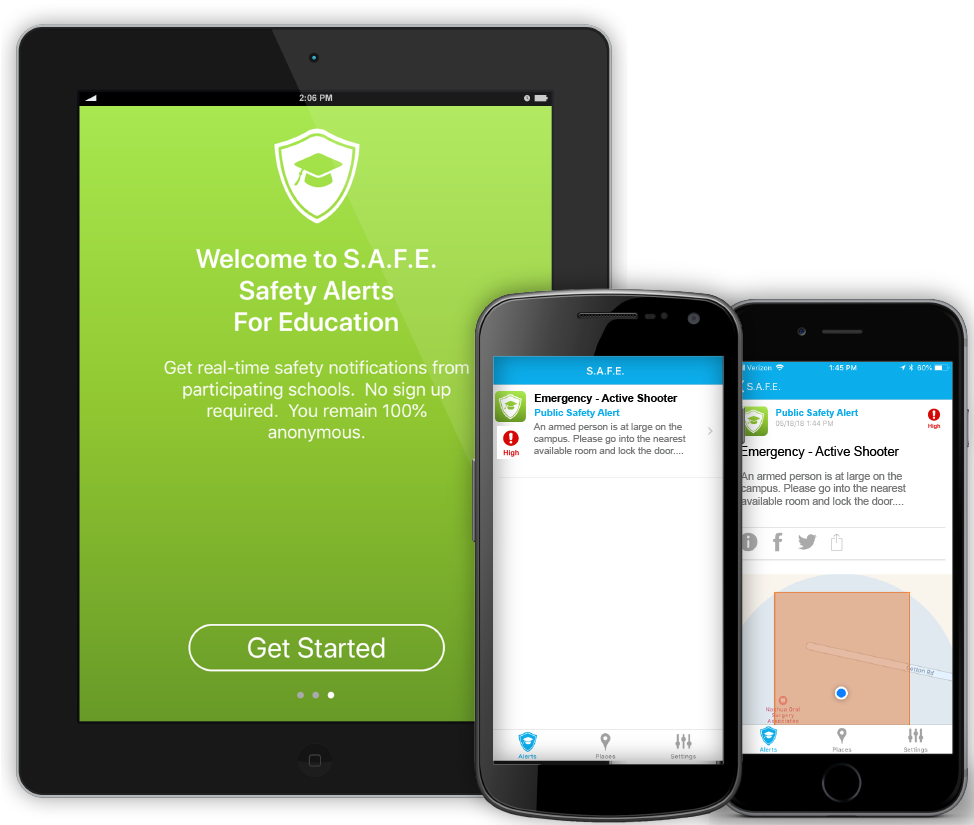 Approximately 500 schools across New Hampshire have access to a free, new alerts system created by a Nashua company that saw its technology could play a greater role in saving lives during life-threatening emergencies.

Ping4 Inc.’s geographically precise two-way communications platform had already been used by the U.S. Department of Homeland Security in the aftermath of Hurricane Sandy and Massachusetts Emergency Management Agency during the Boston Marathon bomber manhunt. After the tragic shooting at Marjory Stoneman Douglass High School in Parkland, Fla., Ping4 CEO Jim Bender was motivated to apply his technology to school safety.

“There were 800 student protests in all 50 states and it was centered around gun violence, but what it said to me was students around the country don’t feel their schools are as safe as they should be,” said Bender. “So we took the Ping4 alerts and said how about we do a different version of this for schools called the Safety Alerts for Education, or S.A.F.E.”

“When we reviewed every after-action report of school shootings, communications was always an issue,” said Perry Plummer, director of NH Homeland Security and Emergency Management, at the press conference. “How do we let the people know what to do — how to protect themselves? And how do we let parents know their child is safe — where to pick them up, where to go to keep their family safe? This does that. And to offer it at no cost to the schools is tremendous.”

S.A.F.E. enables the school administration or local police department to simultaneously send alerts in real time to students, faculty and parents about the location of the gunman, instructions for those on campus to shelter in place or evacuate, and where parents should pick up their children. Once an alert has been sent, the platform enables two-way communication so all users can provide continuous updates on the situation as it evolves.

“All this does is it enhances our response time, it enhances the safety of the children and the school teachers in the school, and it also notifies the parent,” said former Manchester Police Chief Nick Willard, now U.S. Marshal. “I think the S.A.F.E. app is something that should be instituted in all schools all across the country as soon as possible.”

And that is Bender’s intention. His company is releasing a series of commercials across the country to encourage parents to have their school signup for the S.A.F.E. app. Students, staff and parents will be able to download the app at safeschoolapp.com. Bender said the app does not collect any information besides alerting phones within a geographical area as well as those signed up to watch certain schools for emergency alerts, triggered by the local police department or school administration.

“These alerts are extremely geographically specific. We don’t need your email; we don’t need your name, but if you have the S.A.F.E. app, you’ll get an alert,” said Bender. “The police love it because the system is bi-directional — once they’ve issued an alert, people inside the building can send back immediate reports — the more they know [about the situation], the more they can prepare to contain it.”