Company says impact on customers would be significant 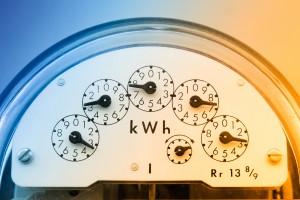 Liberty Utilities has asked the New Hampshire Public Utilities Commission to suspend an energy efficiency decision the company says would cause “irreparable harm” if implemented.

The utility filed a motion for a stay of order early Friday morning, the latest response to a contentious decision from the utilities commission to reject a triennial energy efficiency plan and instead cut funding for state energy efficiency programs. The decision has prompted legal action from Clean Energy New Hampshire, an advocacy and education nonprofit that announced it would file a lawsuit.

In its motion, the utility says the impact of the decision on its customers cannot yet be precisely determined but would be significant. The motion points to $12.7 million the rejected triennial plan would have saved its gas customers. The plan also would have saved Liberty’s electric customers an additional $13.3 million, according to the document.

Now that the PUC has rejected that plan and cut funding for energy efficiency, Liberty expects costs for gas customers to increase by $4.4 million in 2022. The company estimates that costs for electric customers will swell by $8.3 million as a result of the decision.

In 2023, costs are projected to continue rising: Liberty says the PUC decision will lead to $7.5 million in costs for gas customers and $12.1 million for electricity customers.

Liberty’s filing says the PUC decision creates practical problems, too, like granting only a few weeks to put together a new energy efficiency plan. The plans are typically developed over many months, with input from technical experts.

“Now, Liberty is being directed to completely redefine its plan in just a few weeks. The development of a new EE [energy efficiency] plan under these conditions creates risks to its customers that are entirely avoidable,” the motion said.

The PUC is responsible for deciding whether to grant Liberty’s motion or deny it. If the decision is suspended, funding for energy efficiency would continue at 2021 levels until a new plan is put in place. It is unclear what that plan would look like, and whether it will come from the Legislature.

If the PUC decision is upheld, Liberty has asked for clarification about whether it can continue to operate its energy efficiency programs in the interim.