Lewis: House Bill 544 and the freedom of religion

The measure is a threat to our core constitutional rights 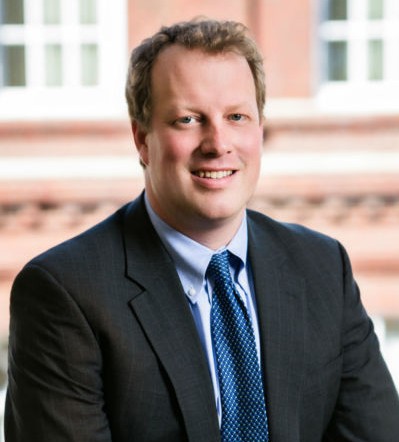 Before I get to House Bill 544, the proposed law that would proscribe the teaching of uncomfortable subjects to New Hampshire students, I’d like to imagine that we will be able travel again, sometime. Perhaps even, to other countries.

Maybe you will find yourself going to Italy again. If you travel the twisted streets of Florence you could happen upon a small but famous church, the Church of Santa Maria Del Carmine. From the outside, you will not know, and you could not assume unless you knew, that painted on the inner walls are works of great artistic, religious and cultural significance.

The most famous among these is a fresco titled “The Expulsion from the Garden of Eden.“ A Renaissance artist named Masaccio rendered it in the 1400s. It is one of the first pieces of western art to reflect perspective. In a style conveying early three-dimensionality, Adam and Eve are depicted at the moments after sin, wracked by guilt, shame and sorrow, an angel at their backs directing them further from their innocence. Michelangelo drew inspiration from the work when he painted the ceiling of the Sistine Chapel at the Vatican.

My mother is a New Hampshire artist who grew up on the Seacoast and attended Catholic schools there. She was a thoughtful parent who first introduced me to these images when I was a student in New Hampshire’s public schools. She did so as part of my religious and cultural education.

The experience made me feel uncomfortable. It made me think about guilt and sin, including the sins of the human race, my race.  But it also filled me with curiosity and an interest in my religious and cultural heritage. It led to many conversations about the role of religion in discussions about gender, sex, sin, the nature of good and evil, and the role of religion in framing these topics for us, at home and in school.

New Hampshire protects this attitude of curiosity and exploration in the domain of morality, religion and history. It does so as part of our fundamental laws. Part I, Article 4 of the New Hampshire Constitution protects the rights of conscience against government interference. It thus confers upon us the right to feel guilty (i.e., to have a “guilty conscience”). Part I, Article 5 secures the freedom of religion, which confers upon us the right to unrestrained freedom in matters of worship and religious study. Part I, Article 6, protects against the establishment of any one religious sect or persuasion in preference to any other religious sect or persuasion.

Under these laws, government cannot impose mandates upon thinking in the area of religion and morality.

Now to the subject at hand. HB 544, a bill that passed through the New Hampshire House, would “prohibit[] the dissemination of certain divisive concepts related to sex and race in state contracts … and training programs.” The bill forecloses the teaching of topics. These include any conveying that: “An individual, by virtue of his or her sex or race, bears responsibility for actions committed in the past by other members of the same race or sex.”

When I saw it and I reflected on the lessons my mother taught me, I asked, “Isn’t this the central lesson of Adam and Eve?”

The bill further forecloses the teaching of topics that would cause “discomfort” or “guilt” in any form on account of “race or sex.”

But isn’t this also a subject central to the tragedy of Cain and Abel (“Am I my brother’s keeper?”)?

As I continued to think about this, I wondered whether HB 544’s consequences with regard to teaching religion will have our teachers interlineating the Gospels.

In some ways, we should thank the supporters of HB 544 for once again giving us an opportunity to reflect on how valuable our state Constitution is when it comes to the efforts of lawmakers to tell us what we should and should not think, discuss or teach when it comes to ethics and religion. We should also thank them for yet another lesson in civics.

We now have a chance to see whether our citizen-informed system of checks and balances, including our bicameral legislature, the veto power of the governor and the review power of our courts will be effective checks when it comes to protecting our core constitutional rights to religious freedom and conscience from the incursions HB 544 threaten.