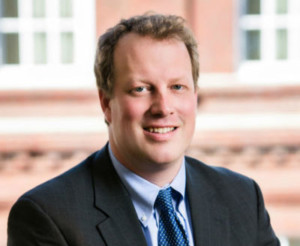 Governor Sununu’s veto of House Bill 696, a bill passed with bipartisan support to protect seniors from elder abuse, warrants special mention among the many bills he has vetoed improvidently.

It warrants special mention because our population is aging, we face special problems responding to the needs of seniors, and none of the reasons the governor gave for vetoing the bill makes sense. The record instead indicates that the governor lined up with the gun lobby against seniors.

It is a capitulation by the governor that will have its victims, even if he recaptures reason and changes positions next term. By then, time will be lost and seniors will have suffered without the protections HB 696 could have provided.

HB 696 sought to implement a procedure by which vulnerable individuals and the state could obtain protective relief from courts in New Hampshire against elder abuse. The relief looked like the sort victims of domestic violence may get in court. However, the statute focused on the special vulnerabilities of seniors, which are often distinct from others victimized by domestic abuse. These vulnerabilities include the documented risks to seniors targeted by predators for financial exploitation.

HB 696 was shepherded by AARP and New Hampshire Legal Assistance and other organizations focused on the needs of seniors. Each has a special perspective on the needs of seniors as a result of years of work in the area. The bill had support from politicians of such disparate views as Renny Cushing, a House Democrat, and Sharon Carson, a Senate Republican. No government agency opposed it. Attorney General MacDonald raised no red flags about it in the legislative history. No objection came from public health.

Instead, the consortium of organizations that sought to defeat the bill were gun rights groups like the NRA, which called it dangerous, and other more minor gun rights lobbyists. None has any special expertise in the area of elder abuse. None of the claims these organizations made was credible.

One of my most disturbing cases when I was a homicide prosecutor in New Hampshire involved a murder for hire (by gun violence) coordinated by violent people to cover up the financial exploitation of an elderly man. Had HB 696 been in place, perhaps the government could have prevented that catastrophe before it happened.

As a private lawyer who has practiced in our probate courts since that case, I have wondered why the state has been so passive in protecting seniors through a more specialized protective statute.

When Governor Sununu vetoed the bill, he issued a statement that subverted the interests of senior victims while giving voice to the most expansive definition of gun rights. He claimed that HB 696 raised Second Amendment concerns without citing law or examples and even though its provisions do not target the guns of users as aggressively as the standing domestic violence statute.

His other claims had no greater merit.

And of course we have multiple ways pro se litigants can access attorney advice, including through public interest law firms and pro bono legal services.

The governor claimed that the bill would harm seniors because it would close off other relief now available. This fact must have come as a surprise to AARP. The bill says that it supplements other available remedies by its terms.

The governor’s communications staff then tweeted that their concerns were supported by the Coalition Against Domestic and Sexual Violence. That organization, which is dependent on the governor for appropriations and political support, confirmed that fact by tweet. If that organization provided the rationale for the veto, it has (once again) badly harmed its credibility in regard to victim’s rights by undermining efforts to protect New Hampshire victims by law.

What’s left from this record is the conclusion that the whole result was driven by the gun lobby and the governor’s desire to appease it. But gun rights are constitutional, not absolute. Seniors, in particular, should demand an accounting about the governor’s subversion of their interests to gun owners who have acted violently toward them. Whether we are committed to protecting seniors from exploitation and abuse swings in the balance and must be weighed against baseless and paranoid concerns about the regulation of guns in New Hampshire.