Only one commissioner issues clarifying order on energy-efficiency ruling 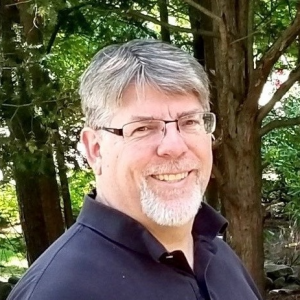 Public Utilities Chair Daniel Goldner was the sole commissioner to sign an order released on Monday, but a quorum of at least two commissioners s required by law.

On Monday, the New Hampshire Public Utilities Commission issued an order clarifying its November decision to drastically reduce funding for energy efficiency over the next two years. But only one commissioner signed off on that decision – and that’s a problem according to a state law requiring a quorum of at least two commissioners.

The Monday order – signed by PUC Chair Dan Goldner – came in response to a filing from Liberty Utilities on Friday, asking the commission to suspend its decision cutting funding for energy efficiency. The utility said the decision would cause irreparable harm and cost its customers millions of dollars in increased gas and electric bills.

In response, the PUC stood by its initial decision – and said utilities do have the authority to continue operating their energy-efficiency programs with the rates established at the end of last year, one of the questions that Liberty raised on Friday. As of Wednesday afternoon, that order was still not publicly available on the utilities commission website.

Goldner was the only commissioner to sign off on Monday’s order – but at least two of the lawyers who have been working on this case say that’s a problem.

“In my respectful opinion as a lawyer, that order is null and void,” said Consumer Advocate Don Kreis.

Goldner declined to comment on this story, saying it pertains to a matter that is ongoing.

Kreis pointed to RSA 363:16, which says the commission cannot issue an order unless there is a quorum of at least two commissioners.

Nick Krakoff, a staff attorney for the Conservation Law Foundation, another organization that’s been involved in the energy-efficiency proceedings, agreed.

“The rule certainly says you need a quorum of at least two commissioners. There are no exceptions to that requirement, so it’s a little strange that we only have one commissioner,” he said.

While there are three seats on the utilities commission, two have been vacant since Dianne Martin’s last day in the role on Nov. 12. Carleton Simpson, previously an energy lawyer at Unitil, has been confirmed to take over one of these seats, but according to Kreis, he would be disqualified from the energy-efficiency docket since he worked on it in his previous role. Kreis expects the same is true of Pradip Chattopadhyay, who was confirmed as the third commissioner at Wednesday’s Executive Council meeting, due to his prior work with Kreis at the Office of the Consumer Advocate.

That means that a special commissioner would have to be appointed for future decisions on the energy-efficiency docket. The commission would apply for a replacement, to be appointed by the governor and approved by the Executive Council. No such nomination was put forward at Wednesday’s council meeting.

In the meantime, important – and time sensitive – decisions are pending.

That is part of what Clean Energy New Hampshire is arguing in a lawsuit filed on Tuesday asking to suspend the Nov. 12 decision and restore 2020 levels of funding to the program. Seven energy-efficiency contracting businesses joined the lawsuit, as did the town of Hanover and the New Hampshire Housing Authorities Corporation.

“Due to extraordinary circumstances surrounding the Order – a lengthy delay in issuing a decision, the imminent expiration of the 2021 program budgets, and a period of transition and resulting conflicts of interest at the Commission – the Plaintiffs have no prospect of an effective legal remedy through the Commission that would avoid irreparable harms to them,” it reads.

The lawsuit points out that people’s livelihoods in an entire sector of the state (an estimated 10,838 people who work in energy efficiency, according to the lawsuit) are hanging in the balance, and much of the harm done by the November order is already apparent “and set to imminently worsen.”

Michael Turcotte, who owns Turn Cycle Solutions, says in the lawsuit that the order would force him to lay off nine of his 18-person staff. Jason Palmer, the owner of P&M Insulation, says he would have to lay off all of his employees or shut down his company.

The lawsuit also highlights how the order will make energy- efficiency programs less accessible to low-income residents of the state. Programs for low-income people have already been impacted by the decision, which lowered the ceiling per project from $20,000 to $8,000.

“With increasing energy prices, the NH Housing Authorities Corporation expects this Order ‘will exacerbate the unequal burden that the most vulnerable Granite Staters suffer in a year,’” according to the affidavit of Craig Welch, executive director of the Portsmouth Housing Authority.