It’s a season of uncertain opportunities

There are plenty of reasons to be concerned about the economy 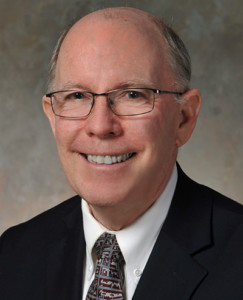 Winter is fast approaching. Post-daylight savings, the afternoons are dismal, while the mornings, at least for now, are cheerier. There are many things going on in the commercial markets – the economy here at home and globally. And, of course, it is political funny season (again).

I was not able to attend the fall Counselors of Real Estate conference. I hate to miss these semi-annual gatherings – three-plus days with bright people from all over, sharing their thoughts, ideas and local experiences. We do have the opportunity to go online and see the highlights of the sessions, but it is not quite the same. These are always thought-provoking and informative. I usually return better informed and more energized.

As for the economy, there are headwinds and storm clouds ahead. We are long into an anemic recovery. There are torrents of capital available, but U.S. productivity just turned negative for the first time in four years. Despite the news from Washington, fake or otherwise, the U.S. overall economy is barely treading water. The tax cut last year was a bust. Debt is exploding at all levels. The 2% inflation goal is a palliative. If productivity is not greater (3% to 4%), we are not really growing.

Healthcare and education costs go up and up. As I tell my two 30-year-olds, they will likely be fine, but for the next generation, there is much less of a rosy picture. Of course, these future generational forecasts are often negative and yet we somehow soldier on.

The dissonance and lack of bipartisanship in Washington is disheartening. Look what we are about to spend on a presidential election – billions! The founding fathers must be rolling in their graves. I have been reading Philip K. Howard’s small book, “Try Common Sense.” The concepts are excellent, but, alas, he is a trying writer as he insists on putting at least one quote in every paragraph! I have read it twice (only 168 pages) and am about to start it a third time – only this time I am going to skip over all the quotes!

Extreme partisanship, which he attributes to Newt Gingrich’s tenure, is rampant. Why do the Dems have 20+ candidates? And the Republicans could not field anyone to go up against the current resident at 1600 Pennsylvania Avenue? Ugh, what a mess. I wish Michael Bloomberg was running as an independent. I worked on several large projects in New York City when he was mayor – very impressive. Then Bill de Blasio comes in and undoes many of the good things Bloomberg accomplished.

Back here in New Hampshire, the young governor is proud of his 50-plus vetoes. The schools are a mess, K-16, healthcare is struggling. We are finally dealing with 26 hospitals in the state. Better late than never. But bigger is not necessarily better.

I have been working on projects in Massachusetts and Connecticut – the consolidations and mergers to bigger and bigger healthcare organizations are challenging (to say the least).

So, what’s ahead? Some kind of correction/softening? How much and for how long no one is able to say. Home sales are slowing. Buyers are pulling back. Nationally, monthly mortgage payments on a typical home are $1,136, up from $639 in 2011. The stress is that wages and household income are basically flat. Younger folk (including my two) may not become homeowners. With interest rates so low, it is going to take a pretty big and sustained hit to the economy to knock housing prices back to most younger buyers’ comfort zone.

The same is true for commercial properties. New construction costs are so high most projects simply cannot pencil out. New apartment construction is above $220,000 per unit. How is this affordable? The irony is that many national pundits think interest rates are going lower. They are negative in Germany and have been so in Japan for 25+ years (put $100 into savings and they will give you $99 back after a year, but you will get something back!). Some say it could happen here in the U.S.

Some slowdown/correction is coming, probably in 2020 (despite likely Herculean efforts to push it past next November’s elections). I am keen to see how it plays out. I have been sitting on a bunch of cash in my designated “opportunity fund” for several years. I am eager to deploy it (buy low, sell high, collect early and pay late!). As of this writing, I am uncertain where or what the opportunities may be.