How will we adapt to the changes we’ll go through this summer? 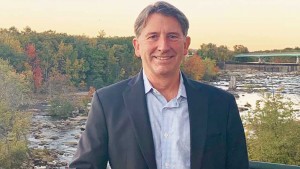 I do not pretend to be a futurist. At the same time, I’d like to avoid harping on our current state and instead put that energy into planning for the future – a future that will be different on how we connect and communicate.

I’ve picked right after Labor Day as a pivotal date for a reason: It’s not too far off and it’s when the business community often more fully restarts after summer, schools reopen and we have one last long weekend of barbeques, beverages and maybe even some elbow bumps.

Let’s imagine that July flew by like it always does in New Hampshire and we spent the month admiring and enjoying the things we love. But it was obviously different from summers in the past. While most of society as we know opened back up, residual effects lingered. A large number of people were still out of work and many storefronts remained closed. We quickly got used to masks, six feet of separation, one-way grocery aisles and endless Zoom meetings in the spring. Unwinding is a bit harder and sensitivities to close contact and crowds remain for many.

As business owners, many of us spent the summer thinking about the changes we’ll be implementing in our business models and business practices come September. Others wondered what schools and colleges would look like under the new norm and how this could impact schedules, childcare and other key planning issues we may have not previously considered.

The September and fall business calendar is different. Gone for now are the big conferences and events, with packed crowds and buffets. Speaking of buffets (and handshakes as well), they may never come back. Zoom meetings and online gatherings remain popular – a decent replacement for some in-person meetings but lacking in the personal touches that come from connecting face-to-face.

Lunch and coffee meetings are back with a vengeance and a hunger to support local eateries as we crave that personal contact that was lacking for months. Many also relish the office and colleagues, while others found working from home to be surprisingly effective. Some companies that resisted having employees work from home have changed their policies and developed remote learning systems. Remote working and learning will probably be the most significant changes that remain in place.

Economically, it’s rocky for many, and we all know businesses that had to downsize, refocus and close. We’re more aware of community businesses now and have an even stronger desire to create local partnerships to support our economy. At the same time, we’re cautious, especially with money and spending. Cash proved itself to be king during the peak of the crisis and spending remains low. Business travel is still well off its peak as employers appreciate the cost savings and employees are still leery to fly, even with the removal of middle seats and stench of disinfectants.

From a communications perspective, we adapted. Phones – often looked at as the next piece of technology in the office to join fax machines as the latest victim of technological change – are ringing again and it’s people you know touching base. E-mail remains the lifeblood of communications and social media is abuzz. But advice webinars are now tiresome. We’re done rehashing the past several months and dwelling on the lingering impacts. We even have a presidential election coming that fell to the back burner for some time.

We learned a few things as well. We learned resiliency. We learned humility. We learned communications etiquette. Those companies that email-marketed to us incessantly in April have received the unsubscribe notice. And those colleagues who reached out to say hi and check in are now on the lunch and coffee calendar.

Our new norm is an old norm and we’ll mostly do business the old way. We connect with the people that matter most, we relish personal contact and get-togethers we may have taken for granted and we do business with those who stayed with us through hard times and even went the extra mile. And perhaps we’ll continue to take walks in the neighborhood, go hiking, see neighbors and cherish the little things we never thought we’d lose. That’s a fall worth looking forward to.

Matt Cookson is president and CEO of Cookson Communications, Manchester.