How do companies deal with change? They adapt

Adapting to change is an inevitable characteristic each business must develop in order to survive. These were the wise words of the five panelist participating in NH Business Review’s “Leading Through Change” event on Tuesday at the Manchester Country Club in Bedford. 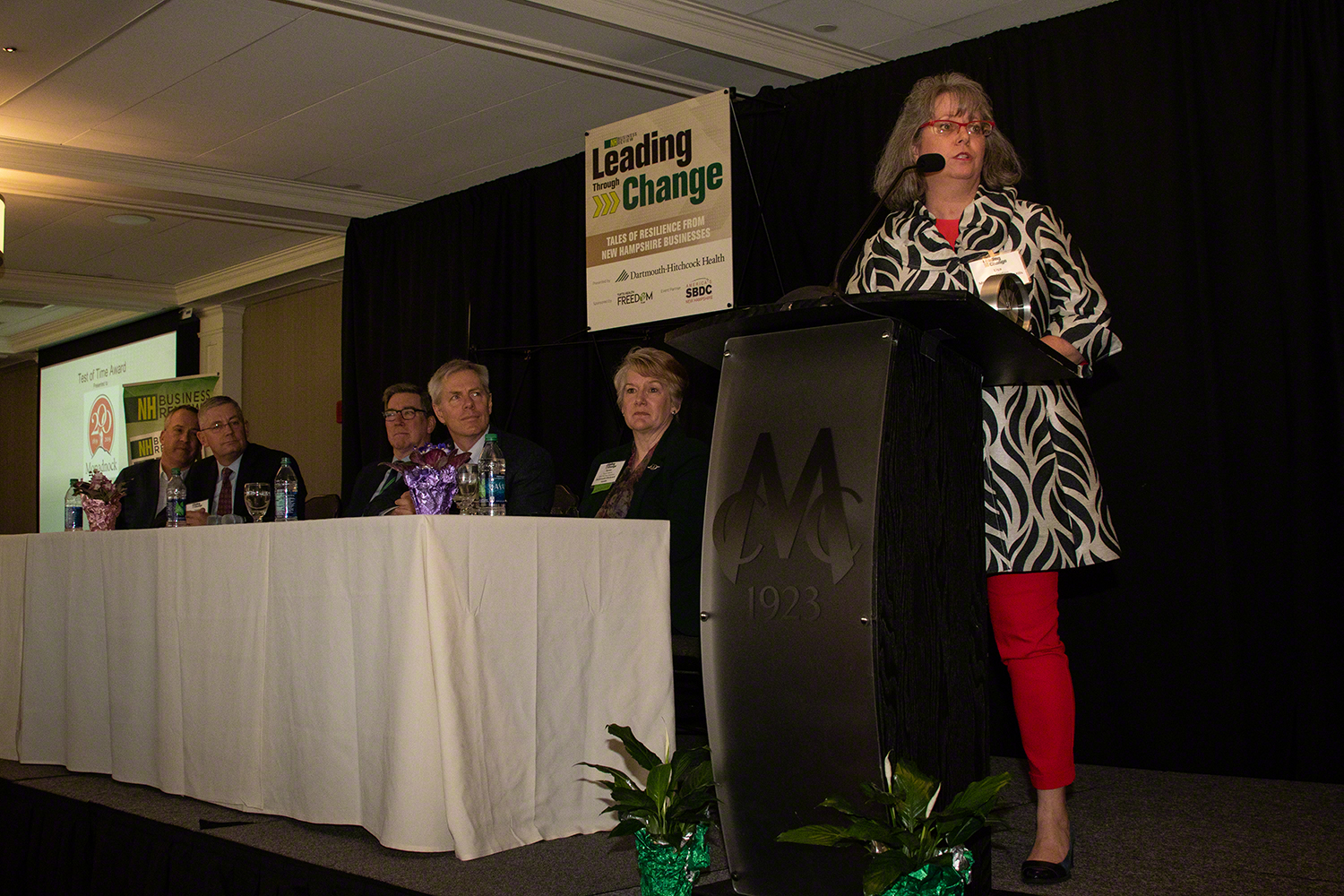 “How do you get to be 100 years old? Reinventing yourself,” said Mark Fryberger, vice president of finance at C&S Wholesale Grocers in Keene, which started in 1918 in Massachusetts. “We like to say what got us here won’t get us there. We recognize the people who got us to where we are, and the contributions all the people along the way have made, but there’s also the acknowledgement that won’t get us to where we need to be in the future.”

Adapting to change means taking chances, such as investing in new technology and new ideas.

Velcro, a worldwide brand that has been headquartered in Manchester since the 1950s, had a 20-year market advantage with its patent for the hook and loop technology, which is featured in blood pressure arm cuffs, nearly all diaper tabs, seats in cars, boats and trains and roofing and flooring applications.

“We have substantial Asian competition in the traditional textile hook and loop department, and the way we’ve tried to offset is we’ve focused most of our energy here in New Hampshire in specialty product,” said Dirk Foreman, Velcro’s North American president. “We do all of our engineering and R&D in the United States, and moreover we’re doing it all in New Hampshire. We attempted to create as many college internships as we can. Most of our engineers are young and coming out of programs like [Worcester Polytechnic Institute].”

In the 1980s, C&S was the first wholesale grocer to adopt wireless technology in the warehouse, said Fryberger.

“Instead of writing things down on cards, we’d key things into a terminal that kept us more efficient. That helped us grow for a long time,” he said, recommending that business leaders consider technological investments before they are widely adopted by industry.

“You need to make investments in technology that you don’t know if it’s going to work out or not, but you need to invest in it because certain technologies will yield results,” he said.

The reverse is also true – that not investing in technology will lead to the demise of a business, as Fryberger pointed to a New York business the company acquired with a solid customer base, but didn’t invest in efficiencies and was like stepping back into time.

The role of culture

For Manchester-based law McLane Middleton, which is celebrating its 100th anniversary this year, the 1980s brought about the need for lawyers to specialize in a certain practice, a big change from the previous generalized practices of lawyers, said attorney Bill Zorn. “Over time, I would say the first big trend was to recognize specialization was very important in terms of delivery of the product,” which also meant lawyers needed an industry-based knowledge to understand a client’s business before they walk through the door.

As bank consolidation led to larger banks and technology changed the way consumers interact with banking, in 2013, Meredith Village Savings Bank and Merrimack County Savings Bank (later joined by Savings Bank of Walpole) united under the umbrella of NH Mutual Bancorp. All of the banks were founded in the 19th century. 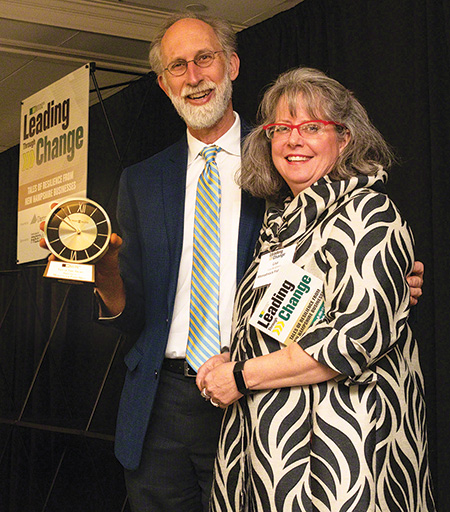 In celebration of 200 years of business, Lisa Berghaus (right) of Monadnock Paper Mills accepts the Test of Time Award from Jamie Trowbridge (left), president and CEO of Yankee Publishing, an 84-year-old company that owns McLean Communications.

“You’re not coming through our front door anymore to do your banking, you’re coming through our online banking channels, you’re coming through our mobile banking channels, and your payment patterns are changing significantly,” said NHMB President and CEO Gregg Tewksbury. “For us to compete as smaller banks requires an investment in technology and an investment in talent. This holding company is really there to support the individual brands of our three banks that were challenged significantly to make scale [without losing] our brands and our ownership structure.”

Internally, Hanover-based Dartmouth-Hitchcock (which began as Mary Hitchcock Memorial Hospital in 1893) hit a point at which the organization needed to reorganize, and did so under its new CEO, Joanne Conroy. While all panelists agreed leadership transition is a challenge, the culture of organization and a leader’s ability to listen to employees can ensure it occurs smoothly.

“Through some of the CEO transitions that Dartmouth-Hitchcock has had, the culture brought individuals with different styles to us, but it didn’t bring individuals with competing values, attitudes and beliefs to us,” said Susan Reeves, chief nursing executive. “Our current CEO, when she came to us in 2017, really did a laudable thing, and what she did was make an appointment with every surviving former leader of the Dartmouth-Hitchcock organizations, and she met with each of them really to appreciate the history of the organization, the culture of the organization and also ask for advice. It’s those kinds of things that are very enduring in terms of helping CEO succession not be CEO disruption.”

Zorn also praised McLane Middleton’s CEO, Cathy Schmidt, for her fiscal prudence, which he said has kept the law firm on track. With Schmidt, McLane has also been guided by a five-year plan, which Zorn stressed any business should have.

The event was capped off with the Test of Time Award presented to Monadnock Paper Mills in Bennington, which is celebrating its 200th anniversary this year.

“It’s amazing the synergies across so many different businesses,” said Lisa Berghaus, director of marketing, upon accepting the award after the panel discussion. “We all have the same challenges.”