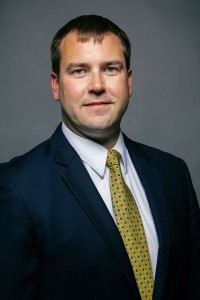 Federal courts are now applying, with some real difficulty, the recent, dramatic expansion of the Clean Water Act by the U.S. Supreme Court, which will have resounding effects on industries and municipalities, including certain wastewater treatment plants, in New Hampshire and across the country.

This expansion was the result of a divided Supreme Court decision in County of Maui, Hawaii v. Hawaii Wildlife Fund, in which the majority held, in its simplest formulation, that the act calls for a fact-based determination as to whether a discharge to groundwater will be the “functional equivalent” of a direct discharge to Waters of the United States. Direct discharge of pollutants to surface waters is the most clearly understood and constitutionally permissible Clean Water Act jurisdiction to prohibit, or punish, discharges without a permit.

The difficulty with which the regulated community is left to struggle has arisen in the determination of how to apply the “functional equivalency” test. The new fact-based standard that expands the Clean Water Act from discharges to surface waters to discharges to groundwater, is confronting the regulated community with real difficulty and corresponding uncertainty in deciding whether or not the federal law applies along with the significant sanctions that result from noncompliance.

In the Maui case, Maui’s wastewater reclamation facility collected sewage from the surrounding area, partially treated it, and each day pumped around 4 million gallons of treated water into the ground through four injection wells. The discharged effluent then migrated about a half mile, in the subsurface through groundwater, to the Pacific Ocean.

While Maui argued that Clean Water Act permitting does not apply if a pollutant is not discharged directly to surface waters, and instead travels through groundwater to reach surface waters, the court found that such a narrow interpretation would risk serious interference with EPA’s ability to regulate point source discharges of pollution to the nations waters, and Congress would not have intended to create such a large and obvious loophole in one of the CWA’s key regulatory requirements.

The court concluded that a permit is required when there is a discharge directly into navigable waters or when there is the functional equivalent of a direct discharge to such waters.

On remand, the lower court found that Maui was required to obtain a NPDES permit. The court determined that discharged wastewater traveled approximately 200 feet from an injection well to groundwater and while the groundwater mixes with other waters and resources, and flows through rock and other substances, pursuant to a tracer dye study, 100 percent of the wastewater is discharged somewhere to the Pacific Ocean through various pathways with a minimum distance ranging between 0.3 to 1.3 miles over the course of 84 to 400 days. While wastewater may undergo attenuation, such as dispersion, mixing, dilution, and chemical transformation, a significant amount of identifiable wastewater entered the ocean.

Reaching a similar conclusion, a federal court in Alabama found that acid mining drainage seeping from an abandoned underground mine into groundwater that discharged to a river without a permit also violates the Clean Water Act

In satisfying the “functional equivalent” test, the court found that polluted groundwater becomes more polluted (and maintains its identity) as it flows 10 to 30 feet through a dam before discharging at surface seeps, which takes approximately 1.5 to 4.4 days, and ultimately enters a river in approximately 4.4 to 14.6 days.

Conversely, a federal court in Montana found that plaintiffs had not established that the nitrogen samples at issue in that case would provide for the kind of time, distance, and dilution data that the court would require for Maui-based Clean Water Act liability.

While the EPA in the Trump administration originally issued guidance on how to interpret Maui, the Biden administration rescinded the guidance after concluding that it reduced clean water protections by impermissibly adding a factor to the “functional equivalent” test that would have required an assessment of the design and performance of any system or facility from which a pollutant is released.

Following Maui, it has yet to be seen how far federal regulation will extend to indirect release of pollutants that eventually reaches a jurisdictional surface water. Without adequate EPA guidance, it would be wise to retain experienced environmental counsel to assess whether a NPDES permit is required for facilities that discharge pollutants to groundwater.

If a facility meets the “functional equivalent test” and does not have a NPDES permit, it could face a citizen suit or enforcement by EPA.

Adam Dumville, an environment and energy attorney, is a director at McLane Middleton and vice chair of the firm’s Administrative Law Department. He can be reached at 603-230-4414 or adam.dumville@mclane.com.