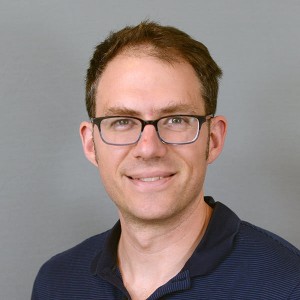 A newly awarded $1.2 million, three-year grant from the U.S. Department of Energy will help fund the research of Dartmouth engineering professor Daniel Olson, who is investigating the use of biomass to produce next-generation fuels and chemicals.

The researchers’ goal is to use C. thermocellum, a type of bacteria that has been identified as a promising candidate for cellulosic biofuel production, to better understand similar organisms and their ability to be used as a platform for production of fuels and chemicals.

“Biofuels made from cellulose are one of the few options available for reducing greenhouse gas emissions in the heavy-duty transportation sector, which includes long-haul trucking, ocean shipping and aviation,” Olson said. “Bacteria that natively consume cellulose are good candidates for producing cellulosic biofuels, but in many cases, their metabolism is poorly understood.”

To better understand the metabolism in the organisms, he said, “we are combining a relatively old-fashioned technique of enzyme assays with robotics, modern computer modeling, and advanced analytical chemistry techniques,” said Olson.

Researchers from Pennsylvania State University, the National Renewable Energy Laboratory and the University of Wisconsin are also involved in the work.

The funding is part of $45.5 million the Department of Energy recently awarded to better understand and harness biological processes to produce clean biofuels and bioproducts.