Helmet use is important, but skiing safely does the most to prevent head trauma 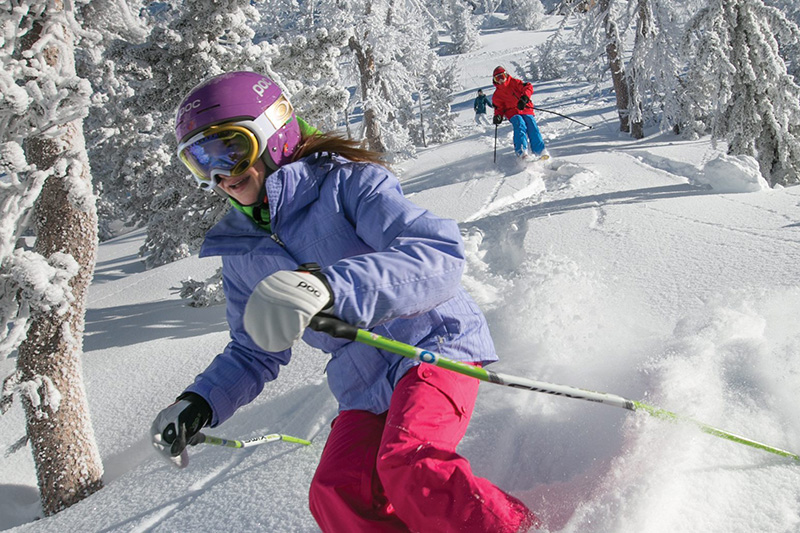 As ski and snowboard season begins in northern New England, a new study by trauma surgeons at Dartmouth-Hitchcock Medical Center finds that, while wearing a helmet can protect against some injuries, it has limited ability after certain impact forces.

The bottom line: Skiing responsibly and within one’s abilities is critical to preventing major head trauma.

Writing in the Journal of Trauma and Acute Care Surgery, the team, led by surgeons Dr. Eleah Porter and Dr. Andrew Crockett, reports on a study of ski injuries treated at DHMC from 2010-18. The team investigated the relationship between helmet use, injury types and injury severity among skiers and snowboarders.

Some 65% of the 721 patients studied — they transported to DHMC from 35 ski areas around New Hampshire and Vermont — were wearing helmets. While a variety of injuries to the upper and lower extremities were studied, the most impactful findings were those surrounding helmet use.

One conclusion of the study was that, despite helmeted skiers and boarders being less likely to suffer skull fractures, lacerations or cervical spine injuries, they were more likely to suffer severe injuries, including intracranial hemorrhage (head bleed). The team also noted that helmeted skiers and snowboarders were more likely to hit a stationary object, and this mechanism of injury was also associated with having more severe injury.

“Our bottom line is that it is equally as important to wear a helmet as it is to practice safe skiing,” said Crockett, senior author of the study. “A helmet should not dissuade a trauma evaluation and some impact forces go beyond that which a helmet can provide protection.”

Skiing and snowboarding injuries account for more than 50,000 emergency room visits each year. Industry campaigns and the deaths of several high-profile recreational skiers who were not wearing helmets have led to a surge in helmet use, which is at its highest rate in history.

But the Dartmouth team found that while helmet-use rates doubled during their study period, the rate of head injuries suffered by skiers and boarders failed to decline.

“One aspect that’s worth considering is the behavioral impact of wearing a helmet,” said Porter, a native Vermonter and lifelong skier. “Previous research has found that wearing a helmet may give skiers or boarders a false sense of security, leading to riskier behavior on the slopes.”

Porter added that while their data cannot explicitly answer if helmeted skiers and riders engage in riskier behavior, the finding that those helmeted were more likely to hit a stationary object and to have more severe injuries is concerning.

“Head bleeds most often occur from deceleration injury,” says Porter, “and a helmet is limited in how much it can dampen these forces.”

Crockett and Porter also note a misperception among some skiers, ski patrol members and first responders that if an injured skier is helmeted, he or she may not have suffered a major head injury.

“Anyone hitting their head, whether helmeted or not, should be evaluated for, at least, concussion symptoms. Although helmets can protect from lacerations and skull fractures, both minor and major intracranial injuries are still possible,” said Crockett.

“Ski Patrol members and first responders who care for injured skiers and snowboarders should not let the fact that a helmet was used deter referring the injured to a more complete evaluation or to a trauma center,” said Porter. “We advocate for helmet use, but helmets have limitations and skiing responsibly is a major factor in staying safe and preventing head injuries.”

Westafer writes the study reminds both providers and recreational snowsport enthusiasts that “helmets do not protect against all head injuries nor were they intended to do so.” She adds that that the study should “serve as a reminder to clinicians to not be reassured by the presence of a helmet in a patient with concerning clinical features.”