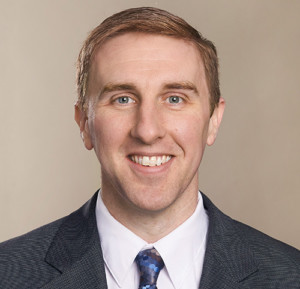 Attorney James Harris, who helped write proposed language for potential legislation, said that without liability protection there was a heightened risk of a slower economic recovery.

A proposal to shield New Hampshire businesses from liability arising from Covid-19 received a lukewarm reception on Wednesda6 when it was presented to the Governor’s Economic Re-Opening Task Force.

A day earlier, the Business and Industry Association of New Hampshire had asked Gov. Chris Sununu to declare an emergency order that would spare businesses operating in compliance with prescribed public health guidelines from liability should an employee, customer or client sickened by the virus file a personal injury suit. The emergency order was intended as a prelude to pursuing legislation with the same intent when the Legislature reconvenes.

The overture included draft language, prepared by a team of attorneys, which Jim Roche, president of the BIA, said could serve as a basis of both the emergency order and subsequent legislation.

Yesterday, James Harris, an attorney at Sheehan Phinney who served with the drafting team, appeared at the invitation of the task force to brief members on the plan.

He explained that the proposal would provide that no business shall be liable for personal injury caused by exposure to coronavirus while working for or otherwise engaged with the business, provided that the business was complying with all guidance and protocols to protect public health.

Only if there were “clear and convincing evidence” that exposure resulted from “gross negligence, willful misconduct, intentional criminal conduct or intentional infliction of harm” on the part of the business could it be held liable.

Harris echoed the BIA by saying that without a measure of protection against liability there was a heightened risk of slowing the pace of economic recovery, as some firms would choose to remain shuttered while others trimmed their operations and workforce.

Sen. Kevin Cavanaugh, D-Manchester, chair of the Senate Commerce Committee – who with Se. Martha Hennessy, D-Hanover, had written to the governor the day before calling the proposal “a mistake” – acknowledged the importance of the issue. But he said that it was outside the scope of the task force.

Sen. Sharon Carson, R-Londonderry, cautioned that “this will get complicated,” suggesting the issue be vetted by the New Hampshire Bar Association. ”In particular, she raised the question of creating a precedent, which she said “could be applied to any communicable virus, including the common cold.”

“This is unconnected to goals of the task force,” said Rep. Ed Butler, D-Hart’s Location, “but it is a significant issue. I expect to hear more about it.”

Meanwhile, the governor, questioned at a press briefing on Wednesday, replied “it is a very serious issue” and “we’re looking at it. There are a lot of businesses that should be protected. Absolutely.”

Then, without referring to the overture from the BIA, said, ”It’s really a federal issue. Not just to punt, but given that we have so many workers in businesses that deal with workers across the border.”

Sununu added that “there are a lot of businesses that simply will not open. They’re afraid to open because of the potential liability to themselves, their workers and even their customers. So looking to provide some of those protections to get businesses to open up, to allow things to move forward would be very important.”

But he also repeated that “it’s a question that should be answered at the federal level by Congress and not at the state level.”