When will we know enough to make a realistic assessment of what’s going on? 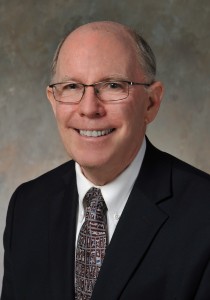 Some 20 weeks into the Covid-19 pandemic, and we are still standing – so far. So what’s ahead? Not good news here.

Best case: A vaccine comes out (and actually works) in the next 12 to 18 months and we avoid a second spike. The latter may be wishful thinking based on what is going on in Texas, Arizona, Florida and California right now. Those who remember the post-9/11 bounce-back (12 to 14 months) are optimistic, as are those who look to the Great Recession bounce-back in 2010-11. While these recent events might be informative, this time it truly is different.

9/11 was a major impact on New York and D.C., but much/most rest of the country was unscathed. The Great Recession was more universal in the U.S., but largely connected to the housing and consumer credit bubbles. This time the pain and suffering is wide (very wide) and deep. That is not to say that trillions of dollars of stimulus will not have positive effects, but this is a disruption of significant magnitude.

Looking back to January, we can acknowledge that we were long into the recovery cycle, 10-plus years in fact, so some softening was not only expected, it was overdue. With 70% of the U.S. economy in consumer, retail and services, we have been trying to stay balanced, – like on a BOSU ball. Cautionary warnings about a pandemic have been out there for quite a while, but we all must have migrated from Missouri – the Show Me State.

Well, we have been shown and many still do not believe it.

While I suppose it is fair to pat ourselves on the back for surviving the past five months, we are in far from gentle waters. Phase II of the stimulus will need to address four things (at least):

A $3 trillion price tag is being tossed around. That is $3 trillion on top of the $2.7 trillion already committed. In recent years, the U.S. federal budget has been running $1 trillion deficits annually. So, in March we jumped that by 2.7 times, and soon, but probably not before the election in November, another three times – which will push the federal debt-to-GDP ratio to 100%.

Then, we have a much weakened economy, perhaps requiring ongoing $2 trillion annual deficits for a decade. Even with U.S. Treasury rates at less than 1%, this equates to lots of annual interest payments (think Japan for the past 25 years-plus). Debt and deficits also matter over time as they affect capital accumulation, investment, and eventually economic growth and productivity.

Meanwhile, the employment numbers are much worse than you think.

Start with the 6.7 million people furloughed but not considered unemployed. Consider the millions of folks getting an extra $600 per week – likely to be extended to October or even Jan. 1. Talk to small business owners who have employees who do not want to come back to work because they are making more not working. Many getting $1,000 per week when their previous earnings were less than $40,000 per year. Now, some folks have legitimate reasons for not wanting to return – their own health puts them at risk, kids at home with no school or childcare, their employers are not ready to reopen, as well as dozens of other situations.

The deep impacts are broad-reaching, especially among minorities and young people entering the workforce (or are hoping to). We may decide to call any economic bounce-back a “success” but there will be millions of workers who will not benefit from it.

The focus on how to respond to the pandemic has left Washington and most states floundering regarding social justice, race relations, declining U.S. population growth, unclear immigration policies, and the list goes on. All of these issues are mired in our presidential election. The pandemic will be a headwind for the economy for many years to come as well as the global economy. The disruption of the pandemic will prompt many changes, such as continued work from home (reduced demand for office space), re-shoring of supply chains (increased demand for manufacturing, industrial and warehouse spaces), shopping online (much less demand for retail stores – bricks and mortar). Again, the list goes on.

The frustrating part is that it is too early to act long-term. Until this plays itself out, we simply do not know enough to make solid decisions. I think, best case, it is New Year’s before we will have a realistic assessment of where we are at and where we should be going.