Boeing’s lessons for us all 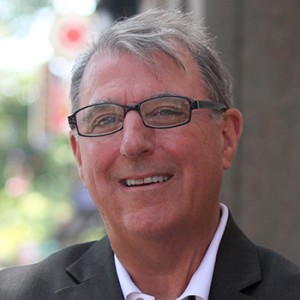 The clatter interrupted the season of the long winter’s nap.

There they were, Boeing and Hallmark. Two icons. Two organizations that confronted reputational challenges during the season of goodwill.

In the first case, the CEO was fired two days before Christmas, ending a 34-year career with the aerospace and defense leader. A senior legal adviser’s career was also truncated, and the role of chairman and CEO was split.

In the other, Hallmark found itself caught in a tug-of-war of audiences caused by clouded decision-making.

In the case of Boeing, so much has and will be said. Boeing is a great company with great history, great products and great people, and the circumstances around the 737 Max are complex and are being sorted by avionic and legal experts. The Associated Press called the story of the 737 Max as one of the Top 10 stories of 2019.

I wondered how did this happen, and what could be learned?

The travails for Boeing preceded the Oct. 29, 2018, crash of the Lion Air 737 Max. Records indicate that, in an environment of heated competition with Airbus, a bias of speed to market for Boeing overcame the culture of safety first. In fairness, this preceded Dennis Muilenburg’s rise to CEO in 2015.

Essentially, the fabled American icon broke the most solemn of covenants, its credibility harmed by betraying the sacred tenet of trust. I would argue that the shared disappointment in Boeing is linked to the respect it had earned over 103 years.

In the days following the crash of the Lion Air and the loss of 189 souls, Boeing expressed sadness, condolences, that safety is a core value and that the 737 Max “is as safe as any airplane that has ever flown the skies”.

Five months later, on March 10, 2019, an Ethiopian Air 737 Max crashed with the loss of 157 souls. Boeing that day expressed condolences, reiterated its commitment to safety and cooperation with safety reviews.

But where was the CEO and his voice? Among others, Inc. magazine noted how the Boeing CEO had been keeping a “low profile.”

Then on May 29, 2019 — seven months after the Lion Air crash and 100 days after the Ethiopian Air crash — in an interview with CBS’s Norah O’Donnell, Muilenburg apologized and expressed sorrow.

In addition to the loss of 346 souls, there was an existential loss for Boeing.

Boeing has robust statements of “enduring values” (“Integrity, Quality, Safety, Diversity & Inclusion, Trust & Respect, Corporate Citizenship, Stakeholder Success”) and behaviors (“Lead with courage and passion, Make customer priorities our own, Invest in our team and empower each other, Win with speed, agility and scale, Collaborate with candor and honesty, Reach higher, embrace change and learn from failure, Deliver results with excellence — Live the Enduring Values“). Tone, culture and behavior start at the top. The release of a trove of internal communications shows a break between what was said and what was done.

Reputation is fungible. Boeing’s 52-week stock performance ran from $446 to $309, a loss of 25%. Its research states that 40% of travelers will not board a 737 Max. Investor analysts say that 20% of air passengers think the Max is safe. Other residual effects of the Max production suspension will be on communities across the country hosting suppliers and their employees, including New Hampshire.

An irony? Because of Boeing’s issues with the Max, Airbus became the No. 1 aircraft manufacturer in 2019.

There will be case studies. The Atlantic has analysis that roots the genesis of the Max issues to the Boeing-McDonnell Douglas merger in 1997, which saw the M-D bottom-line culture prevail over Boeing’s engineering culture. Then there was the move of Boeing’s headquarters in 2000 from the Renton, Wash., airplane operations that literally distanced leaders from an essential line operation.

There will be a focus on the culture Boeing spoke, versus the behaviors it walked.

Next time, the Hallmark moment.

A New Hampshire resident and native, Clark Dumont is a Fortune 500 communications leader and principal and founder of Dumont Communications LLC. He can be reached at dumontcommunications.com.