A room with a view: Is it an office perk or a required accommodation? 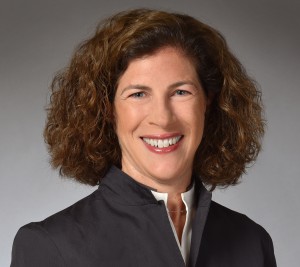 An office with a window is often a sign that the employee occupying it has some seniority, but this framework was recently called into question by the U.S. District Court in Massachusetts in Rivera v. Altranis Home Care LLC, in which neither employee nor employer prevailed on their motions for summary judgment involving a request for accommodation under the Americans with Disabilities Act.

The employee had alleged that, as a result of the breakdown of communication with her employer involving an office with a window, she was subject to discrimination. While the case involved a Massachusetts employer, the federal court weighed in, so employers in New Hampshire will want to take heed of some of the lessons from the opinion.

In the Rivera case, which was decided on Jan. 18, the plaintiff was a clerical worker who started work at Altranis Home Care in western Massachusetts in the summer of 2017. A few weeks into the job, the plaintiff requested her own office and was provided with one of the business owner’s assigned offices, which came with a window. Later in the summer, the plaintiff’s boyfriend was murdered, and she was granted three weeks of leave to address her exacerbated mental health symptoms. When she returned, she was permitted to continue to work in the office with the window for another year.

In the fall of 2018, the employment relationship became more tense, mostly around the plaintiff’s insistence that she continued to need an office with a window and to be around fewer people. Indeed, beginning with the leave triggered by the death of her boyfriend, the plaintiff supplied three different notes from her treating therapist indicating that the plaintiff needed to avoid “closed and crowded spaces.” For its part, Altranis continued to offer the plaintiff private office spaces or a secluded cubicle, all of which the plaintiff refused. The plaintiff ultimately resigned in January 2019.

This case offers a detailed review of what, on its surface, appears to have been a thorough enactment of the “interactive process,” a key tenet of the Americans with Disabilities Act, which is supposed to “identify the precise limitations resulting from the disability and potential reasonable accommodations that could overcome those limitations.”

When a requested accommodation is easily available, there is no need for much of a dialogue. That was certainly the situation between the plaintiff and Altranis when she requested and was granted bereavement leave and was able to work in the co-owner’s little-used office with a window.

But when Altranis relocated its offices, the symbiotic arrangement from the prior year became more challenging. How did the working relationship devolve?

On the plaintiff’s part, the court found that she did not tie her requests for accommodation to her mental health disability – the therapist’s notes to the employer never specified, for example, that the plaintiff needed an office with a window to alleviate her anxiety symptoms. The court concluded, therefore, that the type of accommodation requested by the plaintiff was “ambiguous.”

The court reasoned that such comments by the employer were potentially evidence of bad faith, as opposed to good faith, which must lie at the heart of the interactive process.

Given the breakdown of the interactive process and the material questions of fact implicated by that, the court refused to grant summary judgment on the plaintiff’s motion for a failure to accommodate.

What have we learned from this case? If an employee is performing well with an accommodation, employers should think carefully before withdrawing or adjusting it. Employers should take advantage of offers of dialogue (or even request such a conversation) with the employee’s treating healthcare provider to learn more about the specifics of what would be helpful to keep the individual on the job. And employers need to understand that what may look like a sweet deal for an employee may really be an appropriate workplace accommodation.

Susan Schorr, of counsel at McLane Middleton in the firm’s Education and Employment Law Practice Groups, can be reached at susan.schorr@mclane.com.