A proposal to reform New Hampshire’s county system of prosecution

A systemic response is required, not a system response

Two years ago, I wrote an article in NH Business Review (“The ailing state of government lawyering in NH,” July 21-Aug. 3 NH Business Review) in which I highlighted deep concerns about our county systems of prosecution. I described the Attorney General’s removal of two county attorneys for misfeasance and incompetence (Carroll County and Rockingham County), the failures of Manchester’s City Solicitor’s office to protect victims of domestic violence and 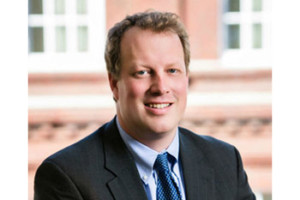 a departing top-level prosecutor’s public plea that government lawyers are being set up for failure by an underfunded system that asks more of them than they could deliver.

Now, as we continue to wait for the Governor to sign a budget that would support public health and safety, headlines reveal that the state has made very little progress on these issues.

We now know that a top prosecutor’s office, the Hillsborough County Attorney’s office, is held by a well-meaning lawyer with very little relevant experience who ascended to that position as a result of a partisan election. His inexperience and police allegations regarding mishandled cases have caused the Attorney General to step in and take over for a county prosecutor once again.

This news demands a systemic response. It should cause readers great concern that we are not receiving sufficient systemic protection from law enforcement. In my view, we need to change directions in the county system of prosecution in this state and we need to do it in the next legislative session.

The vast majority of criminal cases are handled by our county system of prosecution. Many of these prosecutors are undertrained, underpaid, and there is no guarantee that they are being supervised by experienced lawyers who can responsibly supervise them in the public’s interest.

Approaching the problem by relying on the one-off solutions authorized under our current laws (at least allegedly) is not sufficient.

This approach has not deterred unqualified attorneys from running for positions of substantial authority demanding technical mastery and a global sense of the criminal justice system in New Hampshire. It is has not ensured that we have a great prosecutor handling every major case where New Hampshire citizen’s have been victimized by unchecked crime.

Having worked as a homicide prosecutor and having observed our system of justice closely for more than a decade, the first thing we need to do is remove partisanship from the election of county attorneys. A person running for county attorney should not be identified as a Democrat or Republican. There should be no primary, and party affiliation should have no official role in selecting a county attorney. This will prevent an unqualified attorney, whether a Democrat or Republican, from being swept into an office of substantial responsibility in this state: an outcome we have seen in repeated cycles in which unqualified top prosecutors have sought the position of Hillsborough County attorney.

A person running for county attorney should also have a formal, coordinated relationship with the New Hampshire Department of Justice. In order to even make it on to the ballot, a candidate should obtain pre-clearance from the attorney general.

Pre-clearance should be presumed if the candidate can meet certain baseline qualifications demonstrating substantial experience in the criminal justice system at all of the levels for which a county attorney is responsible. This presumption would prevent the art of political hackery from contaminating the preclearance process. Any unjustified denial could be appealed, immediately, to the governor and Executive Council.

At the level of the line prosecutors, we need a formal training program for all state and county prosecutors, the likes of which would be modeled after training for police and defense lawyers.

There is a special program set up by the Police Standards and Training Council for aspiring law enforcement candidates. The New Hampshire Public Defenders Program has a state-of-the-art training program that ensures indigent defendants are represented by real lawyers and not dilettantes. Prosecutors who stand up in New Hampshire courts and represent the state or their county, and protect the interests of victims of crimes, should not be permitted to do so unless they are formally trained and certified by the state.

This process is envisioned by current law, and it is waiting to be funded and implemented, though it will never be scaled if the governor refuses to cooperate on the budget.

Finally, we need to face up to the reality that we need to pay our prosecutors competitive salaries. If you want great lawyers, lawyers who will be able to protect child victims and the victims of domestic violence in cases where the victims are not able to speak for themselves, you need to attract serious talent. New Hampshire has coasted along on a spirit of voluntarism, and we are seeing that system fray. No system will protect the interests of the state and victims of crimes until it gets real about what our prosecutors need to do the job we demand of them.