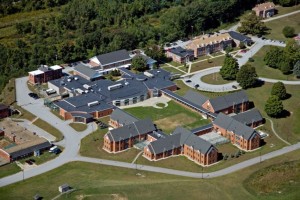 The attorney representing 800 victims who were physically, sexually and emotionally abused as children incarcerated by the state says it’s time to reform confidentiality laws that keep the public from knowing what is happening at the Sununu Youth Services Center.

Attorney David Vicinanzo said the youth detention center, which was formerly known as YDC, is still hiding what is happening and it’s time for it to stop.

“The legislature must amend the secrecy laws to protect our children and force the state to take responsibility for its incredible malfeasance, that occurred largely because the public did not know what was going on,” Vicinanzo said. “A major reason that the Sununu Center/YDC became the locus of the largest child abuse scandal in state history is because of the lack of transparency in this area of government. Child protection is one of the most important functions of state government, yet the public has almost no idea what goes on, how effective it is, or how much the state has lied to cover up its misconduct.”

Vicinanzo said the juvenile secrecy laws were original intended to have a very limited purpose in protecting the privacy of children.

“Instead, the state employees have converted it into a tool to cut off the public’s right to know, and to shield its own prolific child abuse and neglectful conduct from public scrutiny,” Vicinanzo said.

He said abuse and corruption thrive in secrecy, and these secrecy laws are no different.

“The state has expropriated and misused those laws to protect itself and the predators from accountability for its own abuse of children, and left a trail of human wreckage and misery at least four decades long,” Vicinanzo said.

After last weekend’s incidents, Attorney General John Formella’s spokesman Mike Garrity said: “We are certainly monitoring, but would have to refer you to DHHS and New Hampshire State Police for any additional comment/release of information this weekend.”

Authorities referred all questions about the incidents to the Department of Health and Human Services, and very little information has been released, which has frustrated Vicinanzo.

DHHS spokesman Jake Leon said there were minor injuries in the most recent incidents Friday and Saturday but wouldn’t say if it was staff or children who were hurt, or if they required hospitalization.

Leon wouldn’t say how many youths are incarcerated or how many staff were on campus during the weekend incidents. After the incidents last month, officials said there were 13 residents and 15 staff members on campus.

After the weekend incidents, Leon said there were “facility upgrades” to increase safety but wouldn’t say what those included.

Since the weekend, Leon said, there have been “enhanced safety protocols” that included routine state police units checking in during every shift but wouldn’t say if there were other protocols.

“Staffing at the Sununu Center remains a central focus as we continue to ensure a safe, stable and trauma-informed environment at SYSC,” Leon said.

Leon also focused on the residents saying they include individuals “detained for serious and violent offenses.” Such incidents “are common in justice settings and although we are meeting federal guidelines, current staffing levels require additional supports to ensure adequate care.”

Leon said collaborating with administrators, mental health professionals and youth counselors, and the temporary increased support of State Police “will help ensure that the facility is able to respond to resident escalations quickly and keep residents and staff safe,” Leon said.

Vicinanzo has been at odds with Attorney General Formella over settlement guidelines for the $100 million dollar fund lawmakers earmarked for victims.

“Any comment from the state about the Sununu Center should be viewed with a jaundiced eye,” Vicinanzo said. “The state has lied, altered records and otherwise covered up its prolific child abuse at Sununu Center for decades. It has employed dozens of sexual and physical predators who abused and tortured kids freely. And then, dishonestly, blamed the children for their own abuse to protect the abusive adults.

“Until there is real transparency and accountability instead of reflexive cover-up, experience teaches that nothing that comes out of the Sununu Center should be believed on its face,” Vicinanzo said.