There’s growing demand for commercial, residential construction, but materials and qualified help are hard to find 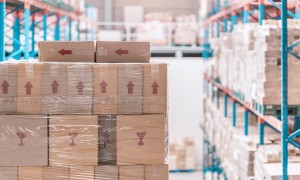 While some sectors have seen business plummet due to the pandemic, the construction industry seems to be moving ahead as usual in New Hampshire. Both residential and commercial construction projects are still in demand, but the ongoing workforce shortage and rising costs of materials are raising concerns.

Although projects are going ahead, the pandemic has led to some changes in how projects unfold, how long they take, and how much they cost.

The pandemic has made the cost of construction more expensive. Supply chain interruptions have driven up the cost of raw materials, especially pressure-treated lumber. However, customers have been understanding when he has had to raised prices, he notes.

Ken Hamshaw, president of Hamshaw Hardware, a store and lumberyard in Keene, has seen demand for building materials rise at the same time that supply chains were interrupted.

“Our industry – building and home improvement – is busy because, for one thing, people who might have had disposable income for vacation are spending more time doing projects at their house,” he says.

More costly materials are impacting the budget for builds, even before they get started. Projects that receive funding from CDFA usually go out for bid in the fall, Easterly Martey explains.

“A lot of those are seeing pretty significant increases in costs,” compared to the projected cost of the project, she said.

CDFA is currently working with its grant recipients to evaluate whether they’ll complete their projects with their current funding or whether they’ll need additional capital. Many projects are also seeing longer timelines — as developers stagger the tradespeople on-site to encourage social distancing — which also leads to higher costs, Easterly Martey says.

Although construction bids are up right now, sending a project to bid early during the pandemic might have worked in favor of the Winchester Economic Development Corp., which is currently developing a 63-acre industrial park called Stone Mountain in the southwestern New Hampshire town of Winchester.

“Construction bids were quite reasonable,” says WEDC Chair Mark Tigan. “We might be an aberration. That was certainly a surprise to us.”

The Stone Mountain Business Park project, which has been in the works since 2012, broke ground in August. Tigan says that the project is going as expected and is even slightly ahead of schedule. However, it’s made him rethink how he will approach prospective buyers.

The project was initially designed to comprise manufacturing and office space. Now, with the demand for office space stalled, WEDC is pivoting to focus more on attracting medical manufacturers to the area, Tigan says.

WEDC is kicking off marketing for the Stone Mountain project in the New Year, and Tigan hopes to be in serious negotiations with the first buyer sometime this year.

“The first is always the hardest,” he says.

He would like to see the complex — which will have five to six lots — completely full by 2026.

Despite the economic impact of the pandemic, Tigan expects that the project won’t be negatively affected.

“I think it’s probably less risky [than we initially thought],” he says. “The reason being, there are very few sites similar to ours on the market in the tri-state area.”

To diversify the risk, WEDC is looking for small to medium-sized businesses. Although Tigan wouldn’t say no to a major manufacturing endeavor, “Our sense is to spread our eggs out,” he says.

In addition, in order to stay on schedule, WECD is looking for family-owned small- to medium-sized sized businesses, rather than corporate giants, because those buyers are usually able to move faster, he says.

One of the biggest concerns for the construction industry is the same as it’s been for several years: lack of qualified tradespeople and an experienced workforce.

CDFA would like to fund programs encouraging more people to get into construction and the trades, says Easterly Martey, but applications for that type of funding just aren’t coming in.

“It is definitely not lost on us that the lack of workforce in this area has gotten worse in the pandemic, and it’s something that we’re very concerned about,” she says. “It continues to be something we’re worried about.”