Why millennials are choosing New Hampshire as their home

Since 2015, state has seen nation’s fifth-largest percentage increase in 25-to-29-year-olds 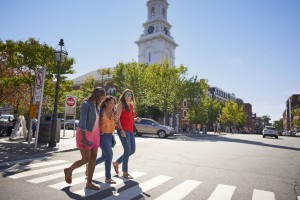 For years, economists and demographers have been predicting dire consequences due to New Hampshire’s “old and getting older population.” This is a central economic challenge for the state because we need younger workers to take jobs, families and individuals to revitalize our communities and more investment in new businesses and employment to keep our economy strong.

But the truth is that’s old news. For the past five years, the Granite State has been seeing its biggest population gains from migration from other states (89 percent, according to the University of New Hampshire); the majority of those new residents are 18 to 39, and that represents the fastest growth in New England.

State economist Brian Gottlob points out that since 2015, New Hampshire has had the fifth-largest percentage increase in population among the 25-to-29 age group of any state in the nation. What’s more, New Hampshire had the largest increase in the percentage of births of any state from 2020 to 2021. And a recent Axios article lists New Hampshire’s largest city, Manchester, as one of the top two places where Boston millennials are moving, second only to New York City.

Why is this happening? For years, New Hampshire has sought to market its high quality of life, access to the outdoors, and proximity among mountains, lakes, ocean and urban areas as a mix that you just can’t find anywhere else in eastern North America. We have aggressively marketed ourselves like this to the large millennial generation, and as we can see, it has had an impact.

But in 2022, the opportunity is even greater. After the social, psychological and economic impacts of Covid-19, we have a much larger audience willing to hear our message of the New Hampshire quality of life. Remote work arrangements are giving young families a chance to live in a small community and keep their old jobs. Younger people watching their parents struggle financially, often locked into corporate jobs, are looking for new “frontiers” and helping revitalize an increasing number of our rural communities.

So, what is the state going to do about it? At the Department of Business and Economic Affairs, we’re doing a lot. We’ve developed new marketing strategies that make use of our state’s enormous attraction to tourists, connecting recruitment of businesses and individuals to those strategies. We are developing new, highly targeted efforts to get in front of workers who long for access to the outdoors and work in highly valued jobs like nursing and tech.

Recognizing that we must have affordable places for people to live that are connected to high-speed internet, we are deploying over $200 million for workforce housing and funding the buildout of our broadband network to unserved and underserved residents across rural New Hampshire.

We aren’t doing this alone. Employers across the state are seeing these opportunities and making investments and expanding. Local communities are making their towns places that attract younger residents, opening themselves to more housing and the social and economic vibrancy that comes with it. Our economic partners are coming together in new Collaborative Economic Development Regions (CEDRs) to put all these strategies into action with a regional touch.

Join in, and don’t wait. The target millennial and Gen Z generations are getting older, just like the rest of us, and once they choose where to settle, it will be a decades-long decision in most cases. Remember, we’re all either lucky enough to have been born here or smart enough to move here.

Taylor Caswell is commissioner of the NH Department of Business and Economic Affairs.

(Opinion) Stigma around mental illness needs to be dismantled

(Opinion) Harnessing the power of co-ops to feed the world